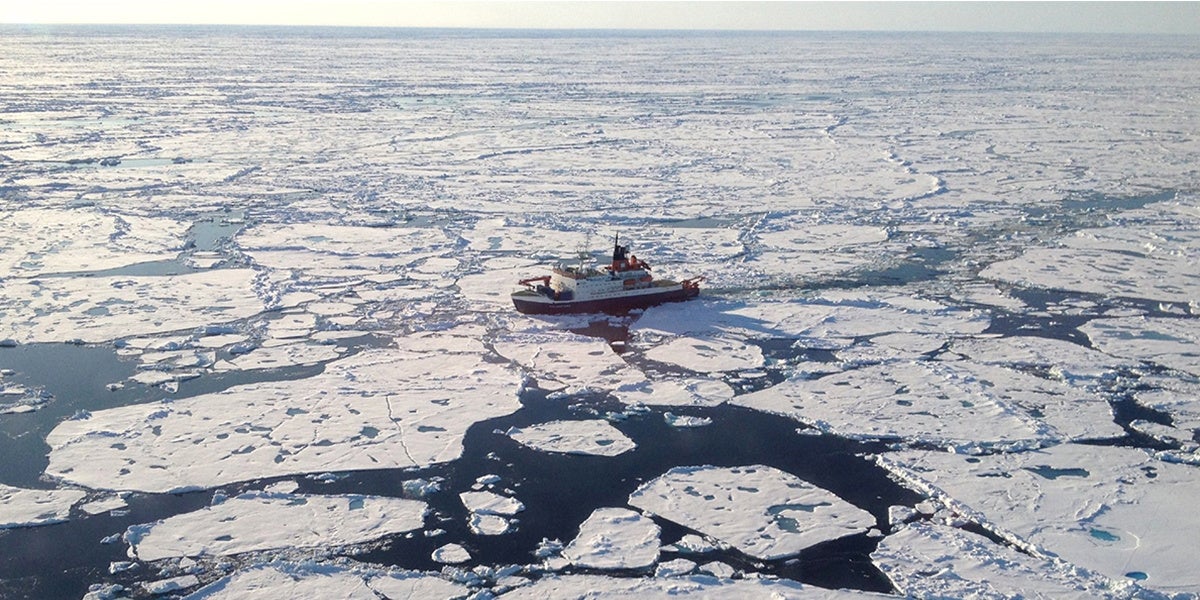 “It suggests that microplastics are now ubiquitous within the surface waters of the world’s ocean,” British Antarctic Survey sea ice physicist Dr. Jeremy Wilkinson, who was not part of the research team, told The Independent Tuesday.

“Nowhere is immune,” he said.

In addition to assessing the quantity of plastic particles in the ice, the researchers were also able to determine where they came from.

They found that ice flows driven by Pacific Ocean water in the Canadian Basin contained high amounts of polyethylene, which is used in packaging. They hypothesized that these particles had originated in the Great Pacific Garbage Patch.

However, they also found local sources of plastic pollution in Siberian ice, such as paint chips from ships and nylon from fishing nets.

“These findings suggest that both the expanding shipping and fishing activities in the Arctic are leaving their mark,” the study’s lead author Dr. Ilka Peeken said in the release.

Overall, researchers found 17 types of plastic over the course of three expeditions on the research icebreaker Polarstern. In addition to packaging, paint and nylon, another major plastic source was cellulose acetate, which is used to make cigarette filters.

In order to assess whether sea ice was transporting plastic, scientists collected samples from five areas along the Transpolar Drift that moves sea ice formed on the Siberian shelves to the Fram Strait between Norway and Greenland. They concluded that ice does temporarily store plastic and transports it to the North Atlantic via the Fram Strait.

“The sea ice binds all this plastic litter for two to a maximum of eleven years—the time it takes for ice floes from the marginal seas of Siberia or the North American Arctic to reach the Fram Strait, where they melt,” Peeken said. Once the ice melts, researchers did not know if the plastic stayed in the Arctic or traveled further south. 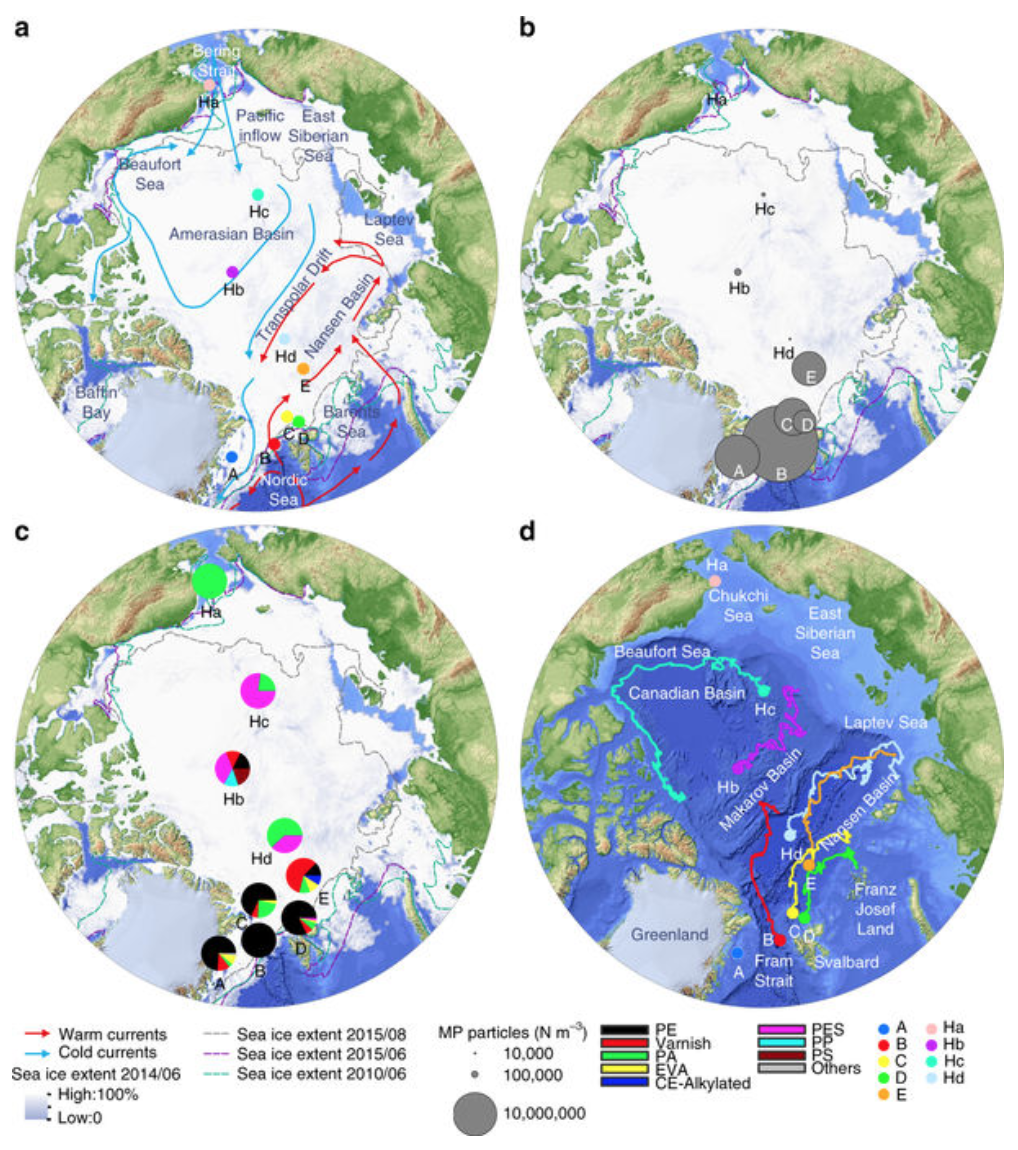 A graphic from the study showing a) the locations samples were taken from and the ocean currents (blue arrows indicate Pacific water), b) the particle load of microplastics (MP) per core sample, c) the percentage of various plastic types in each sample, and d) the ice cores’ drift trajectory.Nature Communications

Peeken said that one major concern raised by the study was what impact the microplastics in the ice would have on marine life.

“During our work, we realized that more than half of the microplastic particles trapped in the ice were less than a twentieth of a millimetre wide, which means they could easily be ingested by arctic microorganisms like ciliates, but also by copepods,” Peeken said.