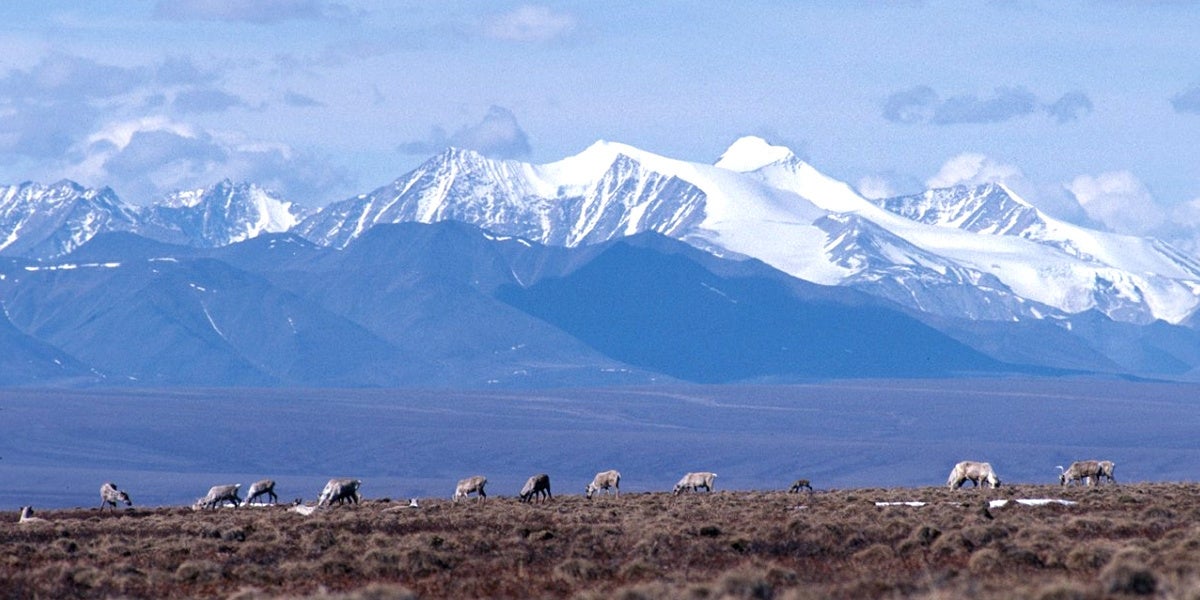 The
Trump administration is initiating the regulatory process of opening the Arctic National Wildlife Refuge (ANWR) to oil and natural gas leasing.

Top Interior Department officials recently visited the Kaktovik and Utgiagvik communities in northern Alaska to let them know that the agency will publish in the coming weeks a notice in the Federal Register of its intent to move toward an environmental impact statement on planned leasing, the
Anchorage Daily News reported.

The North Slope Borough Assembly meeting in Utqiaġvik had a special visitor yesterday. Deputy Secretary of the Interior, David Bernhardt, in town to talk about ANWR. He says the scoping process is expected to kick off “within the next couple of weeks.” @Interior pic.twitter.com/moJlZpand7

Interior Deputy Secretary David Bernhardt relayed similar details at an industry gathering in Anchorage later in the week, where he
said, “We expect to move pretty quickly on that project.”

Additionally, Sen. Dan Sullivan (R-Alaska) said at the CERAWeek oil industry conference in Houston that lease sales could start as early as next year, which would beat the 2021 deadline set in last year’s Republican tax bill.

“It’s my hope, and this is a very aggressive timeline, that we would have the first lease sale … to be sometime in 2019,” Sullivan told the audience.

Despite the majority of Americans
opposing ANWR drilling, Congress and President Trump lifted a 40-year drilling ban on the refuge after the GOP tax bill was approved in December.

This “backdoor drilling provision,” as environmentalists have dubbed it, was added to the tax reform package to secure the key vote of Alaska Sen. Lisa Murkowski, who introduced the measure and has long backed the cause.

Pro-drilling Republicans have targeted the 1002 area on the Prudhoe Bay in Northern Alaska, which has an estimated 12 billion barrels of recoverable crude. However, the targeted coastal plain hosts migratory bird species and endangered wildlife and is considered to be sacred to the indigenous Gwich’in people, who sustain themselves from the caribou that migrate there.

Environmental organizations responded to the latest news with harsh criticism and condemned the administration for failing to meet with the Gwich’in nation.

“Not only is this administration doing the unconscionable by attempting to drill in the Arctic National Wildlife Refuge, but it is moving forward in the most reckless, irresponsible way,” Defenders of Wildlife president and CEO Jamie Rappaport Clark said in a statement. “This headlong rush toward leasing is an egregious sellout to the oil industry that would desecrate the irreplaceable wildlife habitat of the Arctic refuge’s coastal plain.”

“Drilling and associated industrial activity would put polar bears, caribou, migratory birds and hundreds of other species that live on the coastal plain at incredible risk, while also threatening the livelihood of the native Gwich’in people, whose culture and way of life depends on these resources,” she continued. “By now, no one should be fooled by the Alaska delegation’s false promises that leasing will follow a robust, lawful public engagement process. Two out of three Americans agree: the Arctic refuge is no place for oil drilling. We will fight this appalling proposal at every turn.”

The Sierra Club said the action would give the area over to the oil industry, while ignoring the place’s importance to the Gwich’in Nation, create permanent drilling damage to one of the country’s last wild places, and cause irreversible climate impacts in a state already warming at twice the rate of the rest of the country.

“We stand with the Gwich’in Nation in defense of this sacred place. The Arctic National Wildlife Refuge is unique in its wildness and in the connection it offers to the unspoiled natural world, even for those who may never set foot there,” Sierra Club executive director Michael Brune said in a statement.

“We have a moral obligation to safeguard the Arctic Refuge from destructive drilling, and we will fight this plan every step of the way. We will not stand idly by as
Ryan Zinke‘s Department of the Interior runs roughshod over human rights and climate justice in their zeal to give away this special place to the dirty fuels industry.”