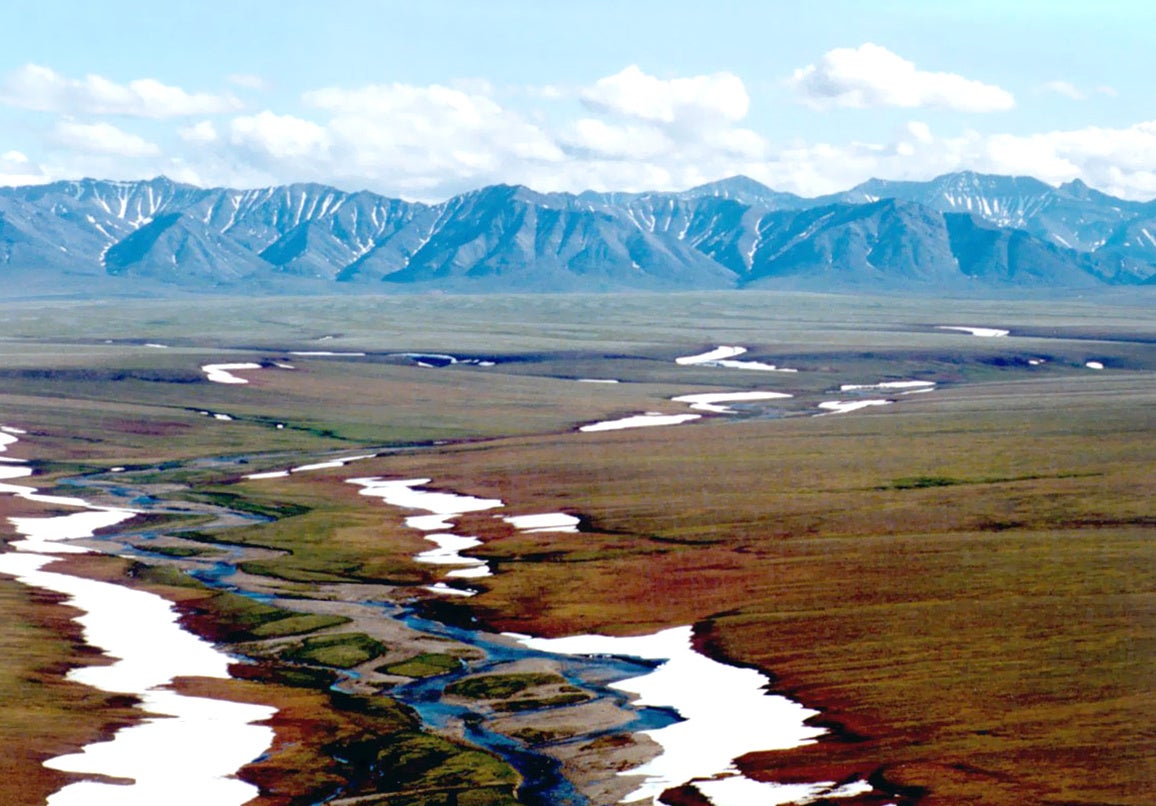 The Senate Republicans’ narrow passage of the 2018 budget plan on Thursday opened the door for oil and gas drilling in the Arctic National Wildlife Reserve (ANWR).

But Democratic lawmakers and environmental groups criticized the GOP for sneaking the “backdoor drilling provision” through the budget process. Past proposals to drill in the refuge have consistently failed.

The budget was passed through a legislative tool known as reconciliation which only requires a simple majority, rather than 60 votes. The budget was approved 51-49, with Kentucky Republican Sen. Rand Paul joining Democrats in opposition, paving the way for President Trump‘s tax overhaul proposal.

Drilling ANWR would raise revenue for Trump’s tax plan that cuts taxes for the rich.

ANWR, the largest protected wilderness in the U.S., consists of more than 19 million acres of pristine landscapes and is home to 37 species of land mammals, eight marine mammals, 42 fish species and more than 200 migratory bird species.

“The budget passed by the Senate today sets in motion a sellout of some of our most iconic public lands and waters to the highest bidder, in order to fund tax breaks for billionaires,” said Earthjustice president Trip Van Noppen.

Senate Democrats, led by Maria Cantwell of Washington, offered an amendment to the Senate’s budget resolution that would block drilling in the Alaskan refuge but the measure failed 48-52 mostly along party lines.

Democrat Senator Jeff Merkley of Oregon also said that there is “something cynical and sad” about opening ANWR since it would increase oil output from a state being impacted by climate change the fastest.

Conservatives have sought for decades to open up parts of the refuge to create jobs and boost the energy sector. As Reuters reported, Republicans have targeted the so-called 1002 area on the Prudhoe Bay in Northern Alaska, which has an estimated 12 billion barrels of recoverable crude.

Sen. Lisa Murkowski of Alaska, who has long championed opening up the Arctic Refuge to drilling, called the 1002 a “non wilderness area” since the government set it aside for petroleum exploration decades ago.

But Earthjustice noted that the targeted area hosts migratory bird species and endangered wildlife and is considered to be sacred to the indigenous Gwich’in people, who sustain themselves from the caribou that migrate there.

“Americans should be outraged at the shameless hijacking of the federal budget process. This fight is far from over,” said Wilderness Society president Jamie Williams. “Now is the time for Americans across the country to speak out. Congress cannot sneak this through the back door when they think nobody is looking. The Arctic Refuge is simply too fragile and special to drill, and we have a moral obligation to protect it for future generations of Americans.”

The Wilderness Society pointed out that the battle is not over yet.

“The Senate’s drilling provision is just the first step towards drilling in the Arctic Refuge,” the organization stated. “It requires the Senate Energy and Natural Resources Committee to draft instructions to reduce the federal deficit through revenues created by oil and gas leasing in the refuge. The House has already passed a similar budget provision, but both houses of Congress must now work to reconcile their budget versions before final passage and delivery to the president.”