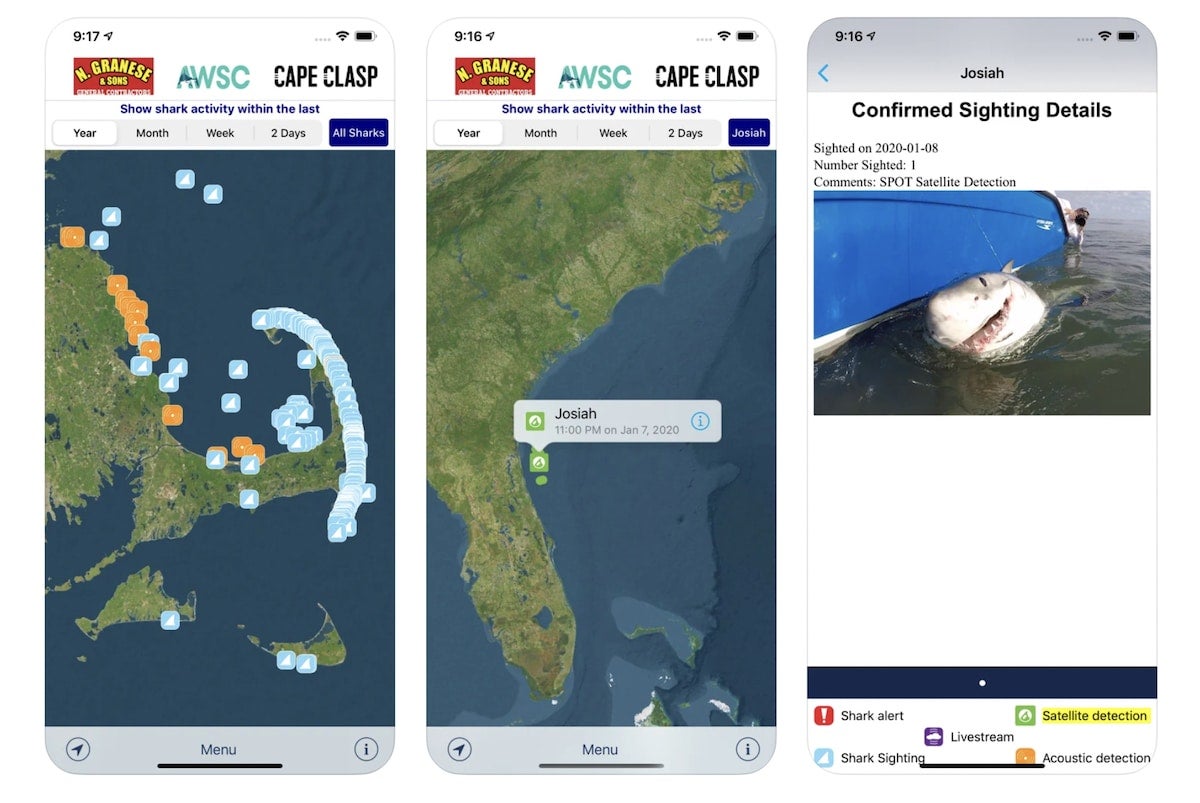 An App Store preview screenshot of the Sharktivity iPhone app.

While shark attacks are rare, humans can better protect themselves by steering clear of these creatures and their habitat. That doesn’t mean that people can’t still enjoy the ocean, and a new app is set to help people do just that without disrupting nearby sharks.

“We have so many people who are out on the water, out on the coast here,” Cynthia Wigren, CEO and co-founder of the conservancy, told AP News. “It really just adds to the collective knowledge. And it’s being provided right back to the public.”

Sightings will be sent to the New England Aquarium for verification, and the app displays a number of different icons to warn beachgoers of potential shark presence. Various icons track tagged sharks in both real-time, up to an hour old, or at the end of a season. An orange fin icon notes unconfirmed shark sightings, a blue fin icon notes confirmed shark sightings, and a red icon alerts people that sharks have been spotted near a public beach.

In addition to expanding the app to public use, John Chisholm, an expert on sharks from the New England Aquarium, will be educating people who visit the local beaches about various shark species, many of which are not harmful to humans but are often spotted and reported through the app.

“We have an interest in educating the public about the other shark species that live in local waters,” Nick Whitney, senior scientist with the Anderson Cabot Center for Ocean Life at the aquarium, told AP News. “For most of them it’s not the impact they have on humans, it’s the impact humans have on them.”

According to the Save Our Seas Foundation, beach injuries from rip currents or drowning are more likely than a shark attack, and it’s also more likely to be struck by lightning than a shark. Still, Sharktivity can help humans who love the beach enjoy this environment without disturbing sharks that might be in the area.

Should you spot the shark yourself or even come in close contact, don’t panic. “If you do encounter a white shark, remain calm and signal for help on shore, avoiding panicked or erratic movements,” Save Our Seas Foundation advises.