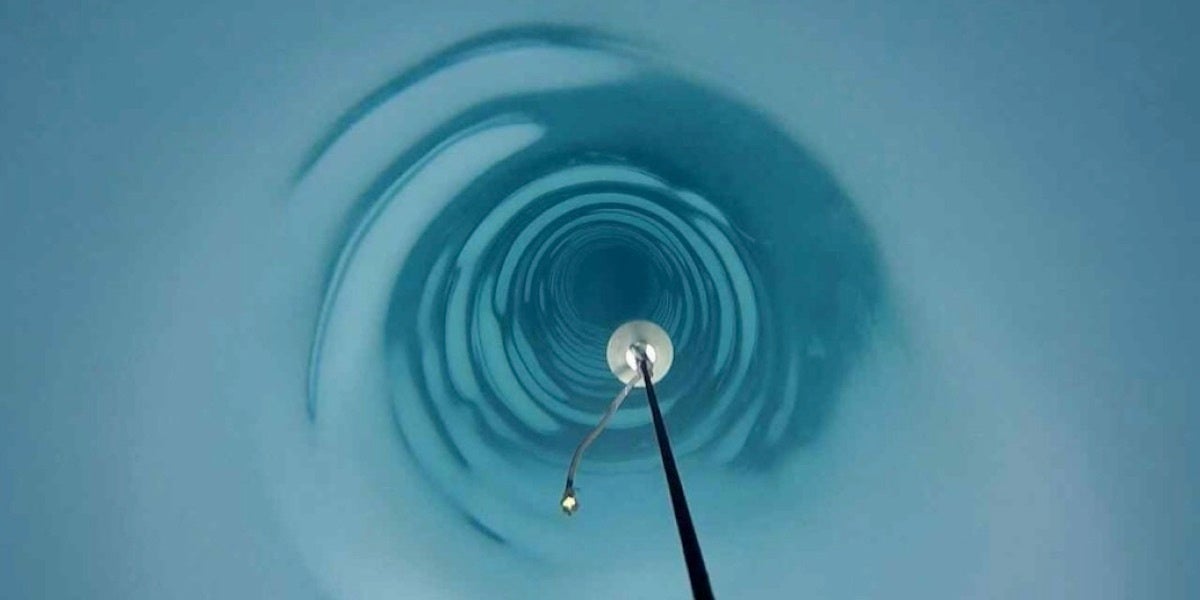 A group of scientists and engineers led by the
British Antarctic Survey dug a 1.3-mile deep hole through the ice sheet in West Antarctica—the deepest hole ever made in the region using hot water, according to BBC News.

By reaching the base of the Rutford Ice Stream, the researchers hope to understand how the area responds to a warming
climate, according to a press release.

The project, called Bed Access, Monitoring and Ice Sheet History (BEAMISH), comes after 20 years of planning. Another hole was attempted in 2004 but failed.

But on Jan. 8, after 63 hours of non-stop drilling in temperatures as low as low as -22°F, the team broke through to the sediment 7,060-feet below the surface. A series of instruments were then threaded through the borehole to record water pressure, ice temperature and deformation of the surrounding ice.

“I have waited for this moment for a long time and am delighted that we’ve finally achieved our goal,” lead scientist Andy Smith said in the press release. “There are gaps in our knowledge of what’s happening in West Antarctica and by studying the area where the ice sits on soft sediment we can understand better how this region may change in the future and contribute to global
sea-level rise.”

First signs of success for our second hole! Drill nozzle cup returned after breaking through 2150 m of ice, bringing back with it a sample of the sediment that we are here to collect! It makes all the hard work worth it @BAS_News pic.twitter.com/VykNxJdeuk

Both Greenland and Antarctic ice sheets have been melting at alarming rates in recent years due to Earth’s rising temperatures. West Antarctica, which has enough ice to raise oceans 17.32 feet, is
considered one of the most unstable parts of the continent. The region is now losing 159 billion tons of ice each year.

“We know that warmer ocean waters are eroding many of West Antarctica’s glaciers,” Keith Makinson, a physical oceanographer at the British Antarctic Survey, explained in the press release. “What we’re trying to understand is how slippery the sediment underneath these glaciers is, and therefore how quickly they might flow off the continent into the sea. This will help us determine future sea level rise from West Antarctica with more certainty.”

The team has since drilled a second hole on Jan. 22 a few kilometers away from the first site. The research is expected to continue until mid-February 2018.

Hot water drilling isn't all sunshine and cocktails! Just as we were recovering our drill nozzle from its second 2100 m+ adventure, the weather turned with 20 kt winds filling everything with snow 🌬️❄️🌨️. Not good timing! @BAS_News pic.twitter.com/C7VwZvb6WG