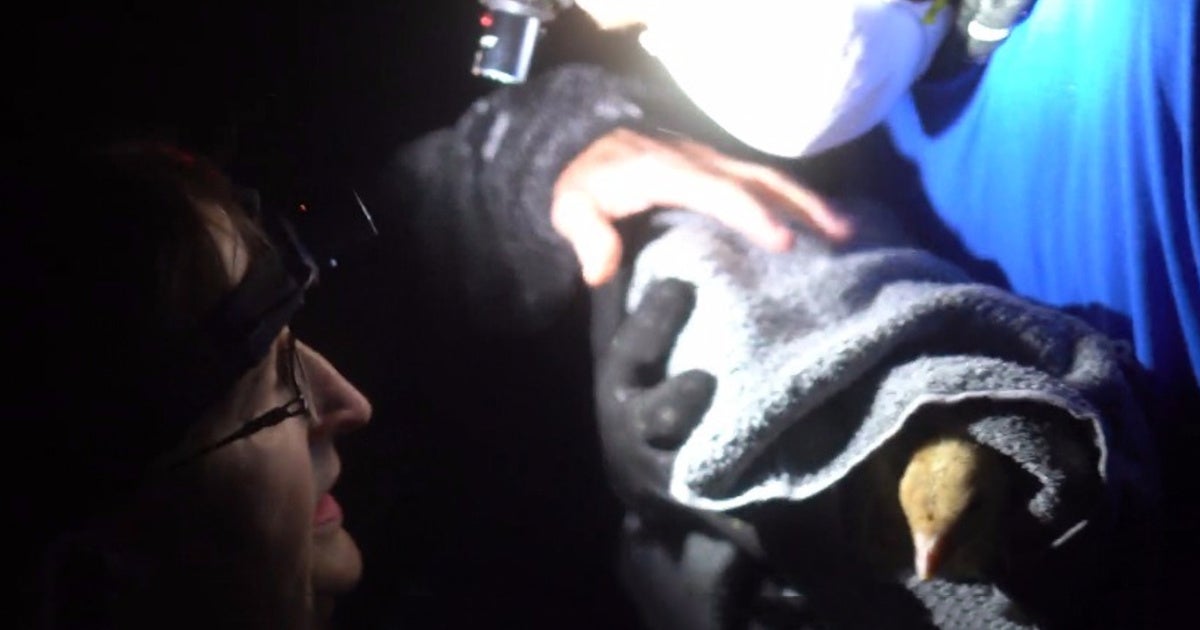 I’m one of six activists currently facing up to 10 years in federal prison. Our crime? We walked onto a factory farm and carried out a pair of dying turkeys from among thousands languishing in a filthy shed. We then rushed them to a vet for life-saving medical care.

The farm I visited is owned by Norbest, a company that sells turkeys in rural Utah. Its marketing showcases a gorgeous alpine vista and sprawling meadows with “mountain-grown” turkeys.

But the reality we found was a nightmare. The birds were crammed into filthy industrial sheds by the thousands. I saw gaping head wounds, turkeys struggling to stand in their own feces and dying birds amongst the living.

During another visit, on a particularly frigid night, the team spotted a lump in the middle of the road. This something revealed herself to be someone—a young turkey later named Grace. She had likely fallen from a transport truck and, against all odds, had survived her injuries.

Grace was wrapped in a blanket and received personal care before a vet appointment the following morning. She would occasionally make eye contact, accompanied by a gentle chirp. Unfortunately, the vet explained, both of her fragile legs were broken and she had extensive internal injuries. The kindest thing we could do was to let her go. Her small body was given one last kiss before her breathing stopped.

Grace was a precious individual who was never given a chance at life, like millions of other turkeys trapped on farms across the country. Unlike her brothers and sisters, she was at least shown compassion and a gentle touch in her last hours. That makes her, disturbingly, one of the lucky ones.

As a 63-year-old retiree residing in the San Francisco Bay Area, I spend much of my free time volunteering at local animal shelters. I will always consider any opportunity to help those less fortunate, including animals.

And I am not alone. Most Americans care deeply about the suffering of animals; a 2017 study found that nearly half of Americans would support a total ban on slaughterhouses. Yet animals on industrial farms remain largely unseen, unable to speak for themselves. With 85 million families across the U.S. having animal companions whom they love as family members, our connection to other species is already intense, and need only to be expanded beyond traditional “pets.” I’ve witnessed this same interspecies loving kinship between my friends and their rescued chickens, pigs, cows and turkeys. I have seen not only the cruelty that industrial farming inflicts on the animals caught in its cogs, but also the beauty of a turkey who steps outside for the first time in her life, feels the sun’s warmth and spreads her wings.

The vast majority of the public would consider the care of an injured and suffering turkey to be noble act of compassion, not a punishable offense. Yet from “ag gag” laws, to the Animal Enterprise Terrorism Act, to our crew facing felony charges for rescuing dying animals of zero economic value, our political institutions are systematically weaponized at the behest of billion-dollar entities desperate to silence the truth. The proponents of animal cruelty—and related cover-up efforts—are the executives and lobbyists for companies such as Norbest, Smithfield and Tyson—not ordinary people.

As I prepare for ongoing legal matters, I call on each of you—difficult though it is—to look behind Big Ag’s closed doors to see these individuals’ fear and pain. Take a stand against the corporate and government entities that not only support this brutality but actively seek to suppress transparency efforts—despite societal values very much to the contrary.

And you don’t have to wait long to be a part of historic action. Make plans now to join us as we go right back to the Utah frontlines during the upcoming Animal Liberation Western Convergence, Nov. 16-20 in Salt Lake City. There will be trainings, community events and mass actions for animals as hundreds come together to turn repression into liberation at the doorstep of Big Ag. Our mass actions garner the massive social and mainstream media attention to spark a necessary societal dialogue.

Animals’ lives—and in many ways our democracy itself—lie in the balance.