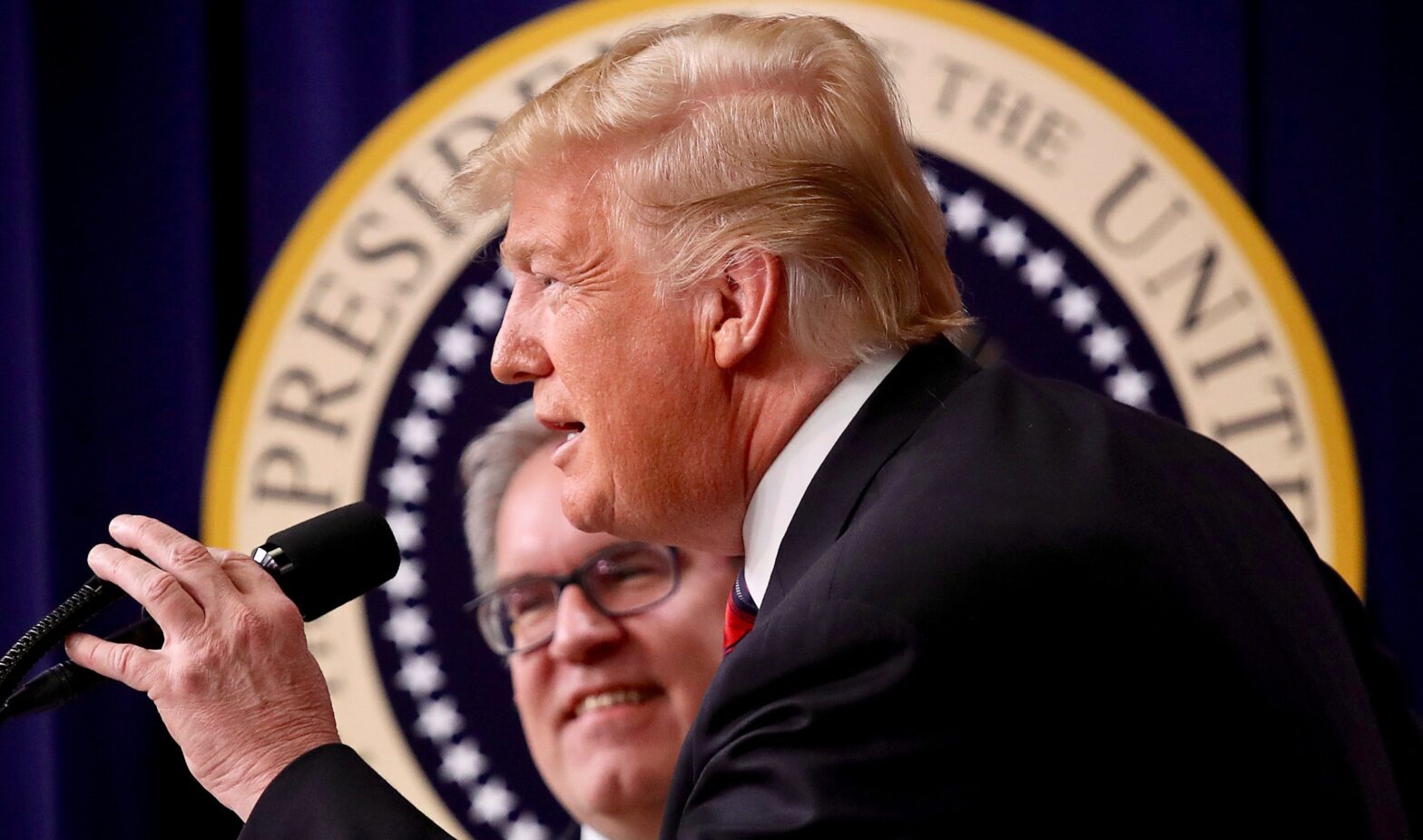 The former coal lobbyist, who critics say is even worse for the environment than his scandal-plagued predecessor Scott Pruitt, secured a key approval by the Senate Environment and Public Works Committee on Tuesday, sending President Trump‘s nominee to the full Senate for approval.

The committee voted
11-10 along party lines to advance the nomination.

“Mr. Wheeler has done an outstanding job leading the Environmental Protection Agency these past six months,” Senator John Barrasso (R-WY), chairman of the Senate Committee on Environment and Public Works,
remarked today. “I urge my colleagues to vote in support of his nomination to be the administrator.”

Wheeler has been at the post since Pruitt resigned amid a
flurry of alleged ethical breaches in July. But unlike Pruitt, whose tenure was sullied by sketchy use of taxpayer money on ’round-the-clock security, a soundproof phone booth and premium flights, the consummate Washington insider has advanced the interests of the fossil fuel industry and other corporate polluters by quietly weakening or rolling back federal regulations.

Civil fines charged to polluters under the Trump EPA fell 85 percent during the last fiscal year when compared to the average annual amount charged over the past two decades, The Washington Post recently reported. That makes last year the lowest average year for penalties since 1994.

At his Senate Environment and Public Works Committee confirmation hearing last month, Sen. Bernie Sanders (I-VT) asked if Wheeler agreed with the scientific community’s belief that climate change is “one of the great crises facing our planet.”

“I would not call it the greatest crisis, no sir,” Wheeler responded. “I consider it a huge issue that has to be addressed globally.”

Wheeler has relentlessly pushed to advance the pro-polluter agenda launched by Scott Pruitt, the worst administrator in the agency’s storied 48-year history.

As acting EPA administrator, Wheeler has not grasped “that saving coal is not part of that mission and not his job,” said Sen. Ed Markey, a Massachusetts Democrat, as quoted by the
Associated Press.

Environmental groups are in vehement opposition the nomination.

“Putting a coal lobbyist in charge of the EPA is about as Trumpian as it gets,” Paulo Lopes, public lands policy specialist at the
Center for Biological Diversity, told EcoWatch in a statement after the vote. “This isn’t just the fox guarding the henhouse. This is unlocking the door, opening the cages and letting the fox waltz right in to have his way. It’s going to be a disaster.”

A report from
Reuters revealed that Wheeler has held nearly 20 times more meetings with companies or industry groups than with conservationists during his first two months on the job.

The
Sierra Club is urging the full Senate to reject Wheeler’s nomination.

“The Senate Environment and Public Works Committee should have voted unanimously to reject the nomination of a fossil fuel lobbyist who has spent his career undermining the vital safeguards that keep our air and water clean,” Sierra Club executive director Michael Brune said in a press release. “As his nomination moves to the Senate floor, we urge Senators to consider the clean air and water protections their constituents rely on, among them safeguards from toxic mercury, PFAS pollution, and emissions from cars and trucks, and vote no on this dangerous nomination.”