Senate Shouldn’t Put Wheeler at the Wheel of the EPA 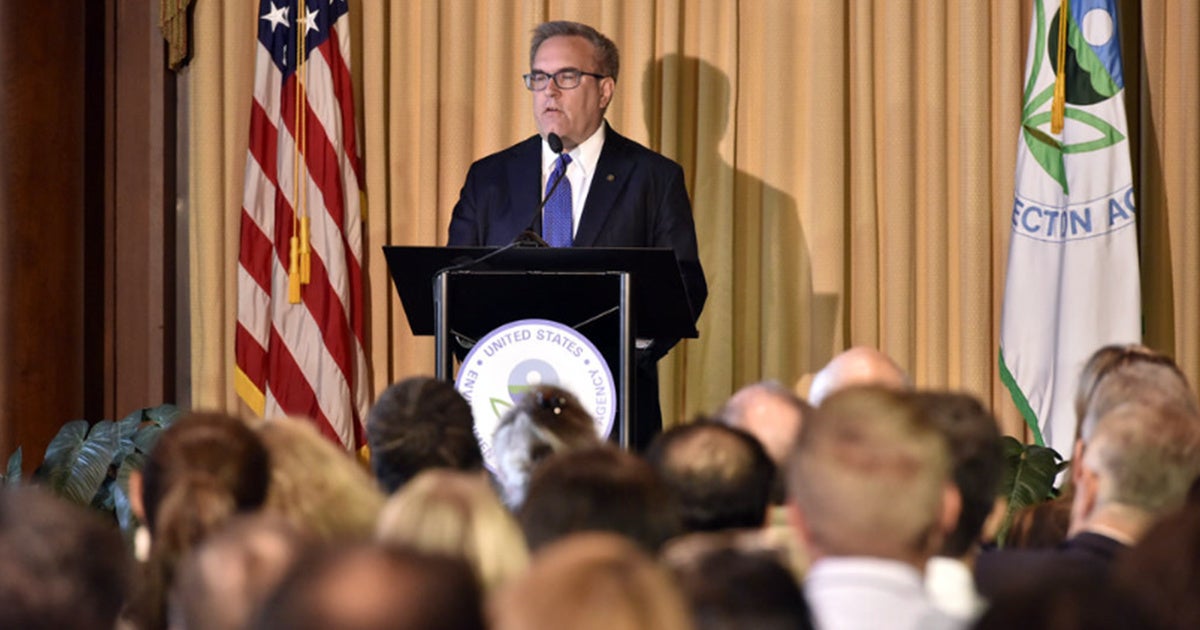 As the longest government shut down in history drags on, and the experts protecting our air and water remain off the job, the Senate is barreling forward to put Andrew Wheeler at the wheel of the U.S. Environmental Protection Agency (EPA). He is unfit for this public trust.

In his seven-month tenure as the acting administrator at EPA, Wheeler’s relentlessly pushed to advance the pro-polluter agenda launched by Scott Pruitt, the worst administrator in the agency’s storied 48-year history. Wheeler may lack Pruitt’s scandals, but he’s no improvement.

Time and again, Wheeler has demonstrated just as much loyalty to polluters and just as much commitment to reining in the EPA’s crucial work on clean air, clean water, toxics and climate action, along with supporting the Trump administration’s proposals to slash EPA staff and starve its budget.

The former lobbyist for coal, oil and gas has flouted the mission of the EPA, broken the law, put polluters’ interests first and left the rest of us to pay the price. If senators look closely at his record and his actions over the last year, they’ll urge President Trump to nominate someone else.

Instead of repairing the damage Pruitt wrought on our health and environment, Wheeler has doubled down, taking more than a dozen actions to increase climate-harming pollution. He has proposed to dismantle critical protections against toxic water pollution nationwide. He has done nothing to reduce pollutants tainting our air or drinking water. The Natural Resources Defense Council and allies have taken Wheeler to court in numerous cases where EPA has violated the Clean Air Act, the Clean Water Act, the Administrative Procedure Act and more.

Those pollutants have consequences for our health. They increase childhood asthma attacks and respiratory illnesses for adults. They cause disease, cancer and impair children’s brain development. And they trigger ailments that keep hundreds of thousands of Americans home sick and away from work or school.

Also under his leadership, the EPA has announced plans to weaken limits on leakage of climate-harming hydrofluorocarbons, or HFCs, from refrigeration and air-conditioning units.

At the behest of coal baron Robert Murray, who delivered a wish list to the Trump administration early last year, Wheeler moved in December to sabotage federal Mercury and Air Toxics Standards, which limit emissions of brain poisons mercury and lead, and stand to prevent up to 11,000 premature deaths.

Wheeler has still not finalized a two-year old proposal to ban the deadly paint stripper methylene chloride, which has, in recent decades, caused dozens of deaths and serious illnesses. Meanwhile, nearly a dozen major retailers including Lowe’s, Home Depot and Wal-Mart have committed to stop carrying it on their shelves. Wheeler’s also fighting a federal court order last August to ban chlorpyrifos, a pesticide that at even tiny levels of exposure can damage babies’ brains. Furthermore, his agency’s reviews of new chemicals fail to comply with the law or protect the public.

Wheeler started off on bad footing almost from Day One.

Within two weeks of being named acting administrator, he moved to ease rules dictating how coal ash, which has contaminated waterways in Tennessee and North Carolina in recent years, is stored at more than 400 coal-fired power plants around the country.

Bowing to the auto industry, Wheeler also partly defended a move initiated by Pruitt to ease restrictions on the number of new trucks that can be sold using old, refurbished engines that fail to meet modern emissions standards. This dirty truck loophole enables some well-connected industry players to bypass clean air safeguards. Wheeler issued a memo last July saying EPA would close this dirty truck loophole but said he remained interested in some form of a rollback.

As fall rolled around, Wheeler proposed a rollback of standards limiting methane emissions from new oil and gas facilities, which 13 state attorneys general blasted as illegal in a December lawsuit. These common sense standards required oil and gas companies to monitor their equipment for leaks twice a year at well sites, four times per year at compressor stations, and that leaks are repaired within 30 days.

New research has shown that within the next seven years, 2,000 Americans could die each year from methane pollution from these facilities. The oil and gas sector is the largest source of methane pollution, which traps more than 80 times as much heat as carbon dioxide, making it a serious contributor to climate change.

Wheeler also backed Pruitt’s actions to weaken clean car standards that have reduced 230 million tons of pollution that drives climate change, and has saved consumers more than $49 billion at the pump. In an attack on state’s rights to protect people from pollution, he’s resisted demands by California to allow the state to keep in place its tougher clean vehicle standards.

Under Wheeler, the EPA in December upped a Pruitt-initiated attack on clean water proposing a Dirty Water Rule that would put at risk rivers and streams that are the source for drinking water for tens of millions of Americans—and strike at the heart of the Clean Water Act itself.

There’s more of this ignominious record. In October, Wheeler fired a panel of scientists who had served on EPA science advisory board assessing air quality standards for particulate matter, which contributes to asthma attacks and other respiratory ailments. He rolled out a plan to ostensibly limit children’s exposure to brain-damaging lead. But it’s a toothless show of concern; It doesn’t promise to take any specific enforcement or regulatory action within any specific time, noted NRDC health expert Erik Olson.

In all of these Wheeler-led initiatives, he’s violated the public trust and put Americans at risk. NRDC and allies are going to see him in court if he continues down this reckless path.

But why would the Senate confirm him as our top environmental steward? It should reject his nomination and demand better, a leader for the EPA committed to its mission to safeguard our health and environment, not to shoring up polluters’ profits.

Ana Unruh Cohen is the managing director of government affairs for NRDC and the NRDC Action Fund.