Americans Against Fracking Calls for a Ban on Fracking in the U.S. 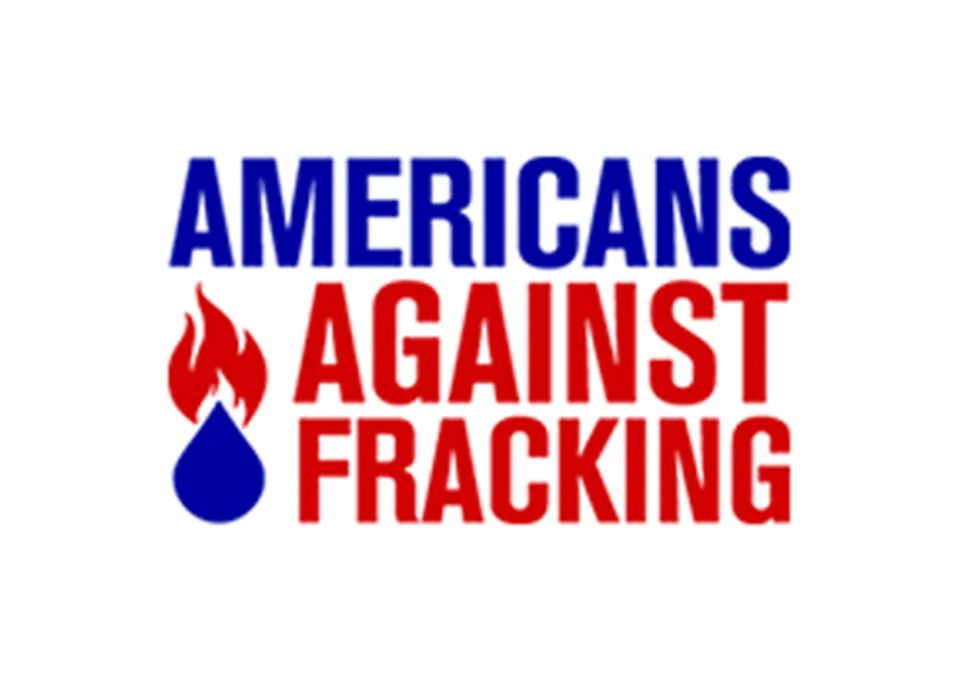 “Over and over, we’ve seen fracking and drilling for oil and natural gas contaminate water supplies, pollute our air and industrialize rural communities,” said Food & Water Watch Executive Director Wenonah Hauter. “With the oil and gas industry enjoying so many exemptions from key environmental laws, it’s clear that we can’t regulate ourselves away from this problem. We need to ban fracking now.”

“It is astonishing that a drilling practice that can cause your tap water to catch on fire is totally unregulated in many places in America," added Zack Malitz, campaign manager at CREDO Action. “There is no federal legislation or adequate state legislation to protect Americans from this dangerous practice. We can’t afford to wait for the government to play legislative catch-up with this rapidly expanding toxic industry. The only safe course is a national ban on fracking.”

An increasingly controversial form of oil and gas extraction, fracking is the process of taking millions of gallons of water, mixing it with tens of thousands of gallons of chemicals–including known carcinogens–and pumping it all underground at extreme pressure to break up rock formations and release oil or natural gas. New techniques and technologies used in the process are more intensive and riskier than conventional drilling, making fracking more dangerous than ever. To date, more than 1,000 reported cases of water contamination have been associated with drilling and fracking.

“Fracking fouls our air, our water, and our climate,” said Rose Braz, the Center for Biological Diversity’s climate campaign director. “To avoid catastrophic climate change, we need to embrace conservation and clean energy – not focus on risky new ways to drain every last drop of the planet’s oil and gas. We need to ban fracking to protect our planet.”

"Since 2005 when the Bush-Cheney Administration ushered in fracking across the United States by giving the gas industry exemptions from all major federal environmental protections, fracking has been polluting the air we breathe, contaminating the water we drink, and tearing apart the communities we love. Americans Against Fracking will end this horrific era and stop the oil and gas industry from destroying more American lives," explained Julia Walsh, campaign director of Frack Action.

Fracking brings rampant environmental and economic problems to rural communities. Recent studies show that methane leakage from gas wells and carbon dioxide from the combustion of gas contribute to global warming pollution, and lead to more extreme weather including catastrophic drought, fires and superstorms. A recent report by the International Energy Agency confirmed that oil and natural gas development would ultimately spell disaster for the climate.

Elevated levels of smog and other airborne pollutants, including some carcinogens, plague regions with heavy drilling and fracking. Research shows that long lasting exposure to smog has been linked to various cancers, heart disease, diabetes and premature deaths in adults, and to asthma, premature birth and cognitive deficits in children.

“We know that drilling and fracking for oil and gas comes with inherent risks to public health and must be banned to safeguard public health, especially that of children, who are most vulnerable," said Deborah Burger, RN, co-president of National Nurses United.

Communities in regions with drilling and fracking also face increased demand on emergency and other social services and job losses in other sectors of the economy such as agriculture and tourism. A 2011 study by the Keystone Research Center also found that the oil and gas industry is exaggerating the capacity of shale gas development to generate jobs and economic opportunity for Americans.

“We have a responsibility to safeguard this planet for future generations," said actor and Americans Against Fracking Advisory Committee member Mark Ruffalo. "Fracking puts our future in jeopardy, and threatens to spoil the natural resources on this planet for generations to come. It's time to close the door on the fossil fuel era and usher in a brighter future lit with truly renewable resources."

As for energy security, industry overstates the role of natural gas as a long-term source of domestic energy, misrepresenting its intentions. As of October 26, the Department of Energy had received 19 proposals to export potentially vast amounts of liquefied natural gas, up to over 40 percent of current U.S. natural gas consumption. Considering this push to export, along with other efforts to increase natural gas demand, Food & Water Watch finds that the United States may only have 50 years worth of natural gas, not the 100 years worth popularly claimed. And this assumes the industry wins completely unrestricted access to drill and frack and assumes that notoriously uncertain estimates of shale gas reserves will prove accurate.

“The false debate over shale gas drilling pits environmental, health and safety risks against economic gains,” added Karen Feridun, Founder of Berks Gas Truth. “In fact, the economics of fracking are almost as concerning as the environmental, health, and safety impacts which are not risks, but realities. There is no upside to drilling. It's time for a ban.”

Given these and other concerns, backlash against fracking and drilling is increasing. To date, 300 municipalities in the United States, as well as Vermont, Bulgaria and France, have passed resolutions to stop fracking. Last month, Longmont, Colorado made history as the first town in Colorado to ban fracking despite the fact that the oil and gas industry poured half a million dollars into opposing the successful ballot measure. Last year, activists successfully blocked a plan to open the Delaware River to fracking.

“Communities are suffering where gas drilling is occurring but the industry is racing ahead, oblivious to the health impacts and indelible environmental pollution they are leaving behind. We are all standing up to the industry and their supporters with a unified message – fracking must stop and the industry must be made accountable now. We’re not going away until they go away,” concluded Maya van Rossum, the Delaware Riverkeeper, representing the Delaware Riverkeeper Network.