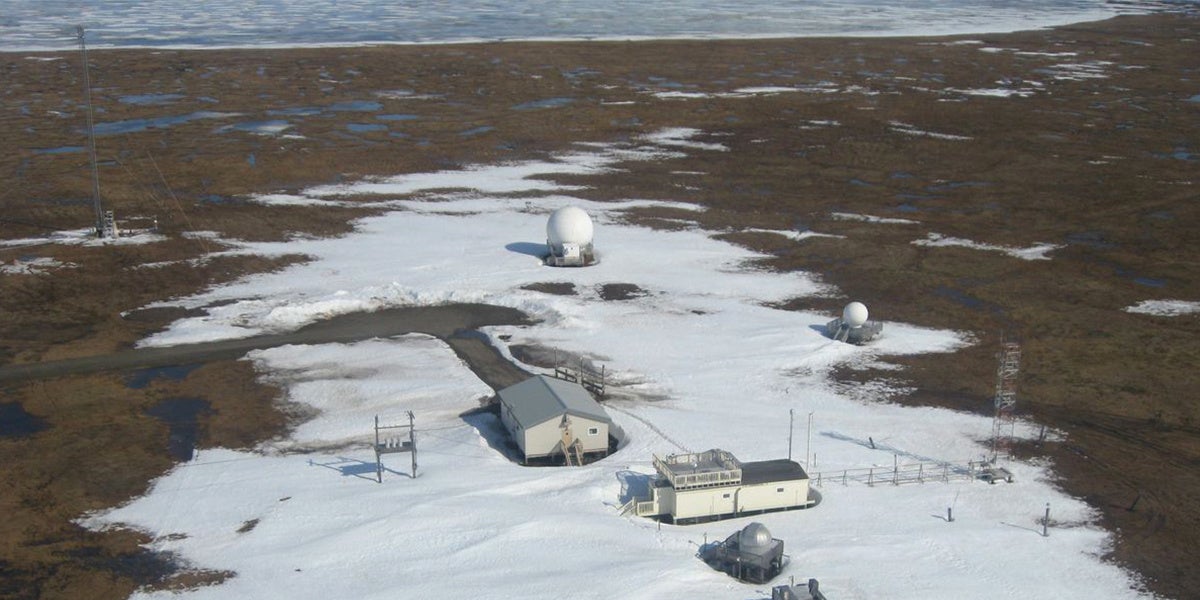 The NOAA Earth System Research Laboratory in Barrow, AK, with the Arctic Ocean in the background. NOAA

A new industry is taking off in Alaska, as innovators help oil companies compensate for the irony that climate change is making oil exploration harder on the increasingly less frozen permafrost, NPR reported Monday.

Ed Yarmak, for example, heads a company called Arctic Foundations that makes metal tubes filled with a refrigerant called thermosyphons. These are then partly buried in permafrost, where they pull heat from the ground.

“To be honest, climate change is pretty good business for our company,” Yarmak told NPR. “We’re in the business of making things colder.”

Yarmak said he had been selling the tubes to oil companies since the 1970s, but that business has only picked up with global warming, which is moving at double the speed in Alaska as it is in the rest of the country, according to NPR.

Josh Kindred, who worked representing oil companies for the Alaska Oil and Gas Association, acknowledged the contradictions of the oil companies’ predicament, victims of a problem their actions helped to cause.

“It is ironic, and it’s challenging for a state that is so dependent on resource extraction but is also really feeling the impacts of climate change,” Kindred said.

Kindred said Alaska was too reliant on oil revenue to consider stopping operations.

But many oil companies are hesitant to admit that climate change is posing problems. Companies NPR reached out to for comment chose not to be interviewed.

Warming temperatures cause challenges for the industry because it builds pipelines and buildings on top of permafrost, and those structures become less stable when that permafrost melts.

“[T]he doors start to stick, the sheet rock cracks, the floor isn’t level any more. Things aren’t the way that they planned them,” Yarmak explained.

Structural integrity isn’t the only thing threatened by melting permafrost. Global warming also means the tundra is freezing two months later than it did in the 1980s, and companies aren’t allowed to build the ice roads needed to transport equipment for exploration until the ground is frozen.

Brian Shumaker has developed a way for companies to get the most exploration time possible. He created a thermometer that can be stuck into the permafrost and attached to a solar-powered box that sends temperature readings to the Internet via satellite, so that oil companies can move as soon as they know the ground is cold enough. He sells them through his company Beaded Stream.

“Usually with our technology we can get folks out there days to weeks early,” Shumaker told NPR. “It translates into huge cost savings.”