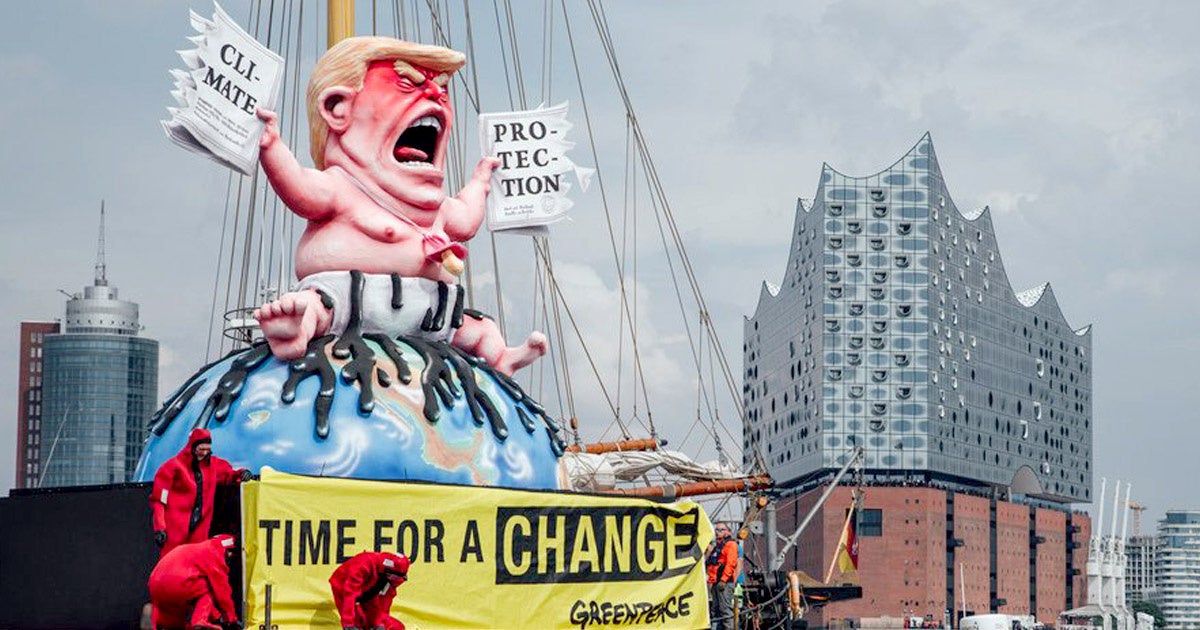 Donald Trump is so “isolated” on climate change that the U.S. will meet or even exceed its Paris agreement emission targets without him, according to former Vice President Al Gore.

Speaking in Australia to promote his latest film on the subject, An Inconvenient Sequel, Gore said:

He has isolated himself … The country as a whole is going to meet the commitments of the Paris agreement, regardless of what Donald Trump says or does.”

Trump’s increasing irrelevance was clear to see at the weekend’s G20 summit. If you read the press reports, the word that keeps popping up is “isolated,” the same words that Al Gore used.

As one seasoned political reporter from Australia noted, “We learned that Donald Trump has pressed fast-forward on the decline of the United States as a global leader. He managed to isolate his nation, to confuse and alienate his allies and to diminish America.”

The reporter, Chris Uhlmann, also observed that Trump was “an uneasy, lonely, awkward figure at this gathering and you got the strong sense that some of the leaders are trying to find the best way to work around him.”

“Donald Trump was left isolated at the end of a fractious G20 summit in Hamburg, Germany, after every other world leader signed up to a declaration that the Paris climate agreement was irreversible following an unprecedented standoff,” noted the Guardian.

Andrew Light, a senior climate change adviser at the State Department under President Obama, added, “This is a clear indication that the U.S. has isolated itself on climate change once again, and is falling back while all other major economies step up and compete in the clean energy marketplace created by the Paris agreement estimated to be worth over 20 trillion dollars.”

Much to Trump’s dismay, the other G19 nations forged ahead without him on climate. German Chancellor Angela Merkel, who hosted the summit, said “I am gratified to note that the other 19 members of the G20 feel the Paris agreement is irreversible.”

Merkel added: “Wherever there is no consensus that can be achieved, disagreement has to be made clear. “Unfortunately—and I deplore this—the United States of America left the climate agreement.”

President Macron from France said that there would be another summit in Paris in December to mark the two-year anniversary of the original Paris agreement and to continue the push for concerted international action on climate.

You can bet that “isolated” Trump will not be there. As he flew back to Washington after the summit, you know that the real climate action in the U.S. is happening at the state and local level.

As Al Gore said, “There is a distinction between Donald Trump and the United States of America, especially on the climate issue. The country as a whole is moving forward, the progress cannot be stopped.” The president is irrelevant.