World Unites Against Trump on Climate 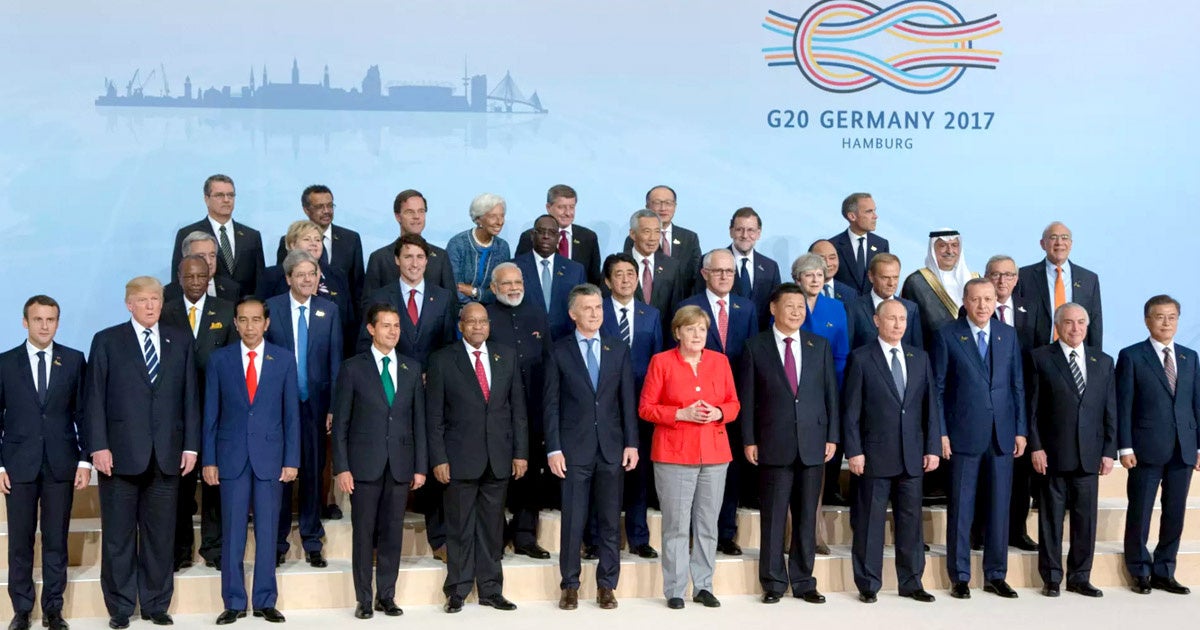 At the conclusion of this year’s contentious G-20 summit, the countries released a communique on climate that placed Donald Trump starkly at odds with every other nation present. The communique noted that every country aside from the U.S. recognizes that the Paris agreement is “irreversible,” reaffirmed their “strong commitment” and will move “swiftly towards its full implementation in accordance with the principle of common but differentiated responsibilities and respective capabilities.”

Trade was another major point of contention as the countries tussled over conflicting visions for the future of trade policy. The resulting communique on trade did not mention the need to change trade policies to align with climate objectives. Instead, Trump announced plans for a “very big” trade deal with the United Kingdom to be done “very, very quickly.”

The 19 nations—Argentina, Australia, Brazil, Canada, China, France, Germany, India, Indonesia, Italy, Japan, South Korea, Mexico, Russia, Saudi Arabia, South Africa, Turkey, the UK and the European Union—represent the majority of the world’s economic output and population. The G-20 was Trump’s first major international summit since announcing that he would withdraw the U.S. from the Paris agreement.

Donald Trump is learning the hard way that he cannot thwart the entire world on climate change and expect to continue with business as usual. Trump’s historically irresponsible decision to withdraw the U.S. from the Paris agreement has left the U.S. isolated on the world stage.

The other 19 leaders of the world’s largest economies stood shoulder to shoulder in unified support for the Paris agreement. Given the choice between following Trump or standing strong for climate action, not a single world leader decided to back him. That’s unprecedented, and it shows how deeply unpopular and misguided Trump’s attack on the Paris agreement has been, and how much damage it has done to U.S. credibility and standing in the world.

While trade was another major sticking point in the summit, one question was notably absent from the debate: How can we move from trade rules written by and for corporate polluters to ones that support climate action? We need trade deals that enforce rather than undermine the Paris climate agreement. To achieve this, the world—once again—cannot afford to wait for Trump. Instead of a trade rethink, Trump announced plans for a trade deal with the United Kingdom to be done “very, very quickly.” We cannot afford to expand the old, polluter-friendly trade model with more backdoor deals that lock out public input and lock in fossil fuel dependency.