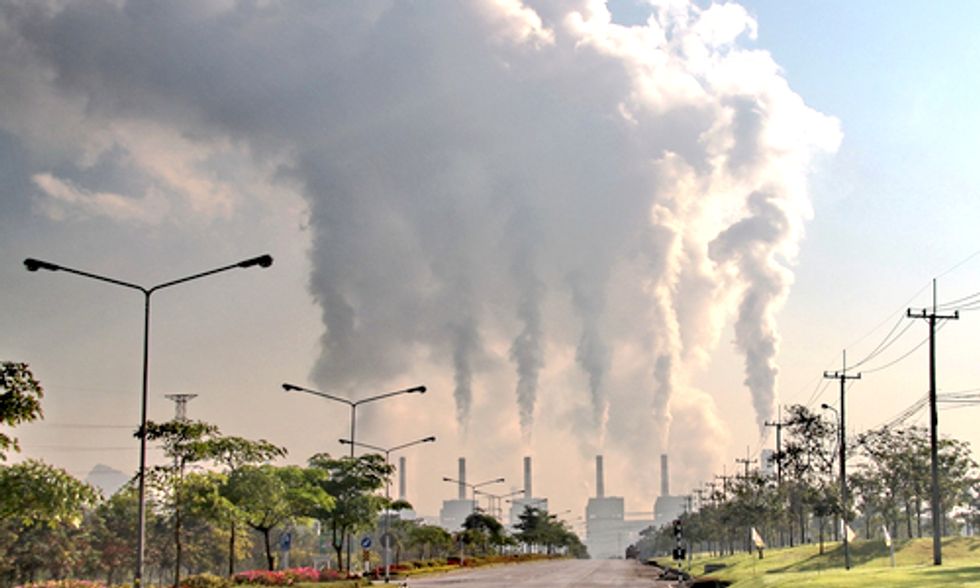 This open letter, co-authored by Jeremy Proville, was written in response to a New York Times article citing Dr. Roger Bezdek’s report on “The Social Costs of Carbon? No, The Social Benefits of Carbon.”

After seeing so many peer-reviewed studies documenting the costs of carbon pollution, it’s refreshing to encounter some out-of-the-box thinking to the contrary. You had us with your assertion that: “Even the most conservative estimates peg the social benefit of carbon-based fuels as 50 times greater than its supposed social cost.” We almost quit our jobs and joined the coal lobby.

Who wouldn’t want to work so selflessly for the greater good?

Then we looked at the rest of your report. Your central argument seems to be: Cheap fuels emit carbon; cheap fuels are good; so, by the transitive property of Huh?!, carbon is good.

Pithy arguments are fine, but circular ones aren’t.

First off, cheap fuels are good. Or more precisely, cheap and efficient energy services are good. (Energy efficiency, of course, is good, too. Inefficiency clearly isn’t.) Cheap energy services have done wonders for the U.S. and the world, and they are still doing so. No one here is anti-energy; we are against ruining our planet while we are at it.

The high cost of cheap energy

Yes, the sadly still dominant fuels—by far not all—emit carbon pollution. Coal emits the most. Which is why the cost to society is so staggering. Forget carbon for a moment. Mercury poisoning from U.S. power plants alone causes everything from heart attacks to asthma to inhibiting cognitive development in children. The latter alone is responsible for estimated costs of $1.3 billion per year by knocking off IQ points in kids.

Put differently, every ton of coal—like every barrel of oil—causes more in external damages than it adds value to gross domestic product (GDP). The costs faced by those deciding how much fossil fuel to burn are much lower than the costs faced by society.

None of that means we shouldn’t burn any coal or oil. It simply means those who profit from producing these fuels shouldn’t get a free ride on the taxpayer. Conservative estimates indicate that carbon pollution costs society about $40 per ton. And yes, that’s a cost.

Socializing the costs is not an option

As someone with a Ph.D. in economics, Dr. Bezdek, you surely understand the difference between private benefits and social costs. No one would be burning any coal if there weren’t benefits to doing so. However, the “social benefits” you ascribe to coal are anything but; in reality they are private, in the best sense of the word.

But markets also fail in a very important way. The bystanders who are breathing the polluted air are paying dearly. The costs, if you will, are socialized. Society—all of us—pays for them. That includes those who seemingly benefit from burning coal in the first place.

Your claim that what you call “social benefits” of coal dwarf the costs is wrong in theory and practice. In theory, because they are private benefits. As a matter of practice because these (private) benefits are very much included in the calculations that give us the social costs of coal. What you call out as the social benefits of coal use are already captured by these calculations. They are part of economic output.

Our indicators for GDP do a pretty good job capturing all these private benefits of economic activity. Where they fail is with the social costs. Hence the need to calculate the social cost of carbon pollution in the first place.

So far so bad. Then there’s this:

Plants need carbon dioxide to grow, just not too much of it

In your report, you also discuss what you call the benefits of increases in agricultural yields from the well-known carbon dioxide fertilization effect. It may surprise you to hear that the models used to calculate the cost of carbon include that effect. It turns out, they, too, in part base it on outdated science that ought to be updated.

But their science still isn’t as old as yours. For some reason, you only chose to include papers on the fertilization effect published between 1902 and 1997 (save one that is tangentially related).

For an updated perspective, try one of the most comprehensive economic analysis to date, pointing to large aggregate losses. Or try this Science article, casting serious doubt on any claims that carbon dioxide fertilization could offset the impacts on agricultural yields from climate change.

Farmers and ranchers already have a lot to endure from the effects of climate change. There’s no need to make it worse with false, outdated promises.

It’s for all these reasons that, to borrow the apt title to the otherwise excellent New York Times story that ran your quote: “Industry Awakens to Threat of Climate Change.” And it’s precisely why the U.S. government calculates the social cost of carbon pollution.