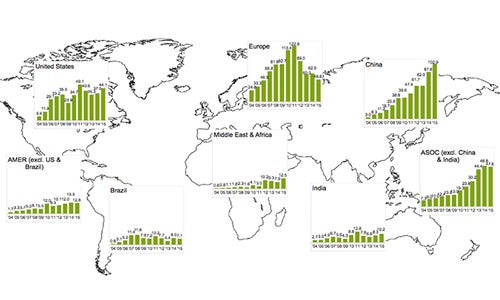 Global investment in renewable energy reached record levels in 2015, according to a new report from the UN Environment Programme (UNEP) and Bloomberg New Energy Finance (BNEF).

More surprisingly, perhaps, the report shows that the $286bn poured into green energy was more than double the spending on coal– and gas-fired power.

It also shows, for the first time, that more renewable power capacity was added than other sources and that renewable energy investment was mostly in developing countries.

Carbon Brief runs through the key findings in seven charts. 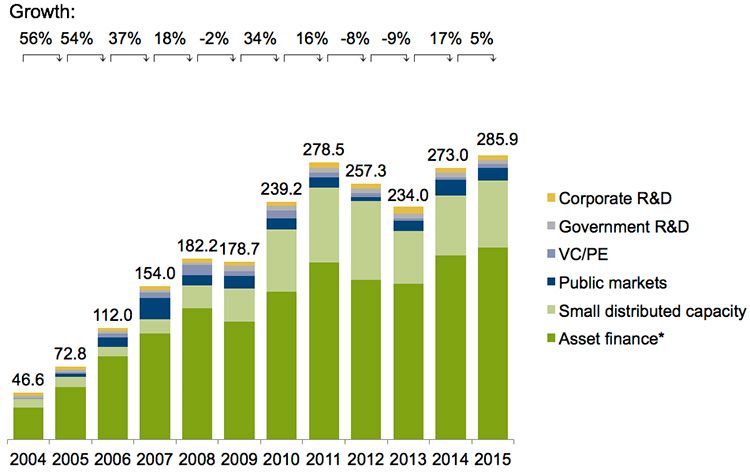 Investments in low-carbon sources of electricity, such as renewables, large hydro and nuclear, were much higher than for fossil fuel generation. The record $262bn renewable investment in 2015 was more than twice the $130bn that went into coal and gas.

In fact, this has been the case for several years, highlighting the extent to which low-carbon, generally and renewables, in particular, have become mainstream.

However, it’s worth noting that investments in oil and gas exploration and extraction easily eclipse spending on new electricity generation capacity. Despite huge spending cuts in the wake of the oil price crash, oil and gas investment in 2016 is expected to be $522bn, down from $595bn in 2015. 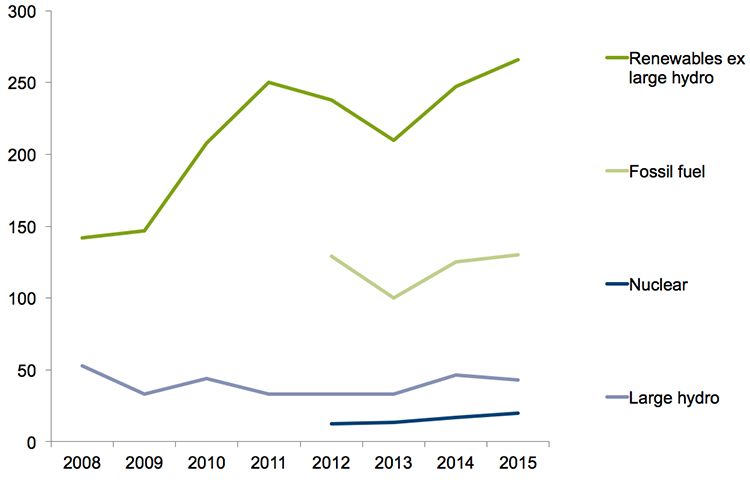 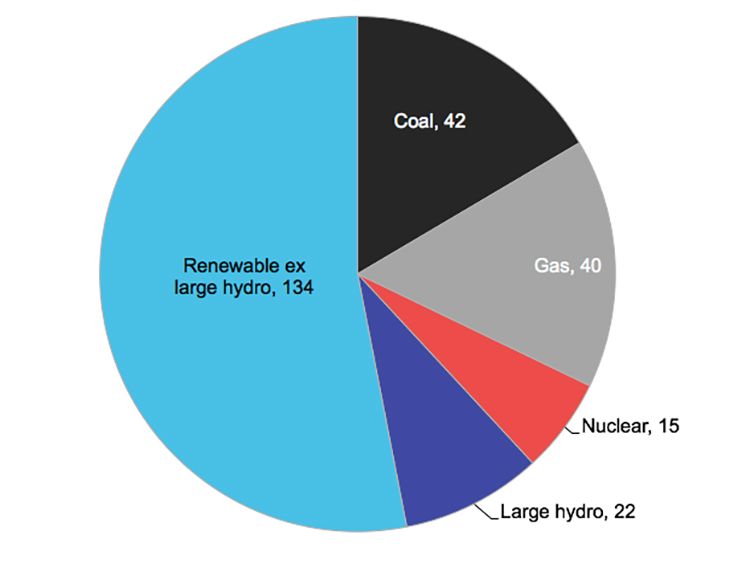 Despite renewables dominating capacity growth in 2015, it’s worth remembering that the world continues to rely heavily on fossil fuels to generate its power. Renewables supplied 10 percent of global electricity, excluding large hydro. 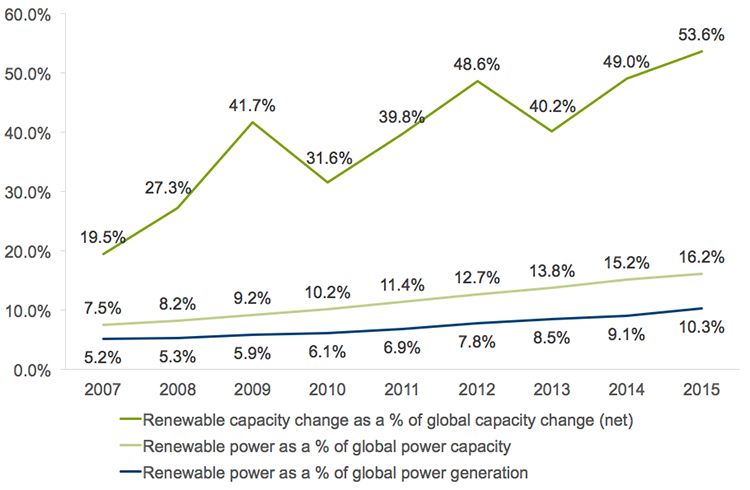 The UNEP report shows, for the first time, that most renewable energy investment was in developing nations. This trend appears to be accelerating as ambition soars in China and India, while stalling across Europe. 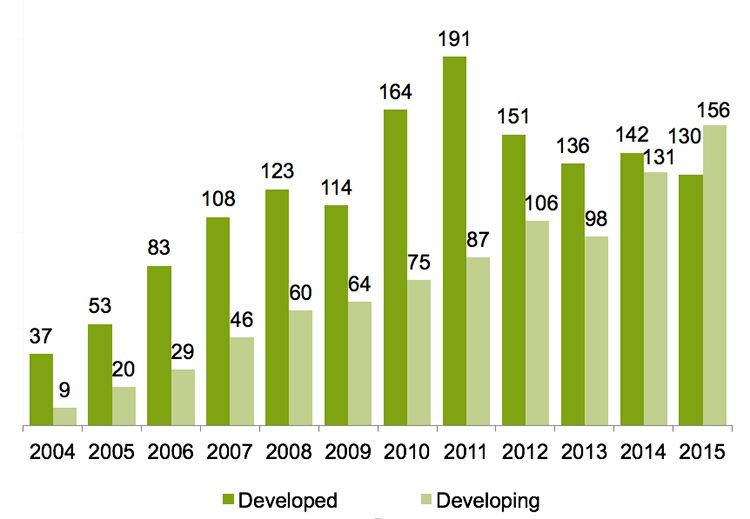 This regional split is seen even more clearly on the map, below. China, which now spends more on renewables than the U.S. and Europe combined, has ambitious plans to double its wind capacity and treble its solar capacity during its next five-year plan to 2020.

In contrast, spending in Europe has more than halved since a 2011 peak and has now fallen back to 2006 levels. U.S. investment has been relatively steady. The recent extension of wind and solar tax credits should ensure this continues.

As well as reaching record levels of investment, renewable capacity added in 2015 was the highest ever too. That’s partly thanks to renewables getting cheaper, with each dollar buying more capacity.