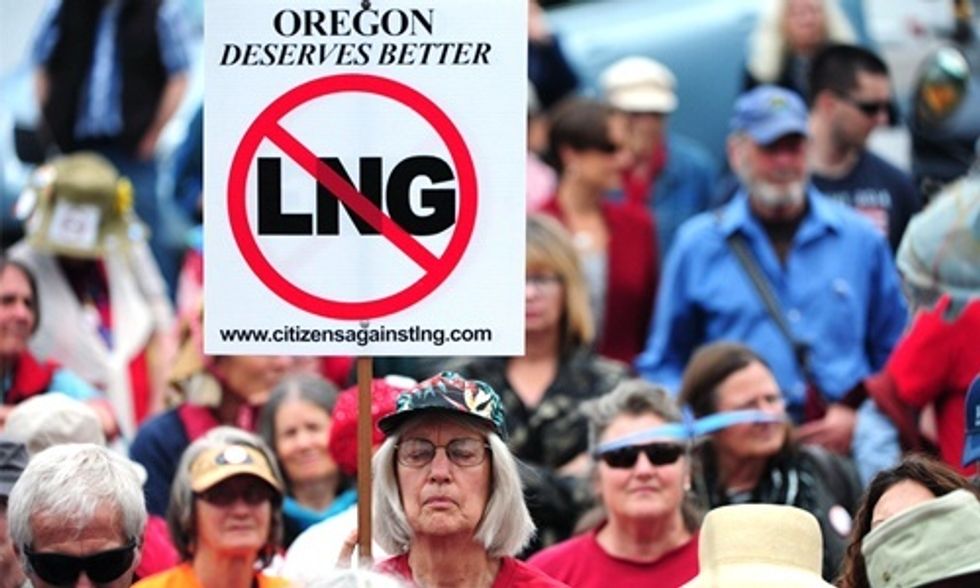 There are currently two proposed LNG export terminals, one in Coos Bay and the other at the mouth of the Columbia River in Warrenton. Participants at the rally urged Oregon Gov. Brown to deny both proposed projects.

According to the Coalition Against LNG Exports, exporting gas would cause families and businesses to compete on a world market for natural gas. Studies have shown this would raise natural gas prices by up to 54 percent threatening U.S. jobs where factories depend on natural gas. The coalition also says that nearly 700 private property owners face impacts by the proposed Jordan Cove Pacific Connector Gas Export Project and 85 percent of affected landowners object to having the federal government seize their land for multi-national corporate interests.

Robert F. Kennedy, Jr. led a rally on the steps of the Oregon State Capitol in Salem, OR on May 26, against LNG exports in the state. The rally was attended by more than 600 people. Photo credit: © Alex Milan Tracy