5 Ways to Green Your K-Cup 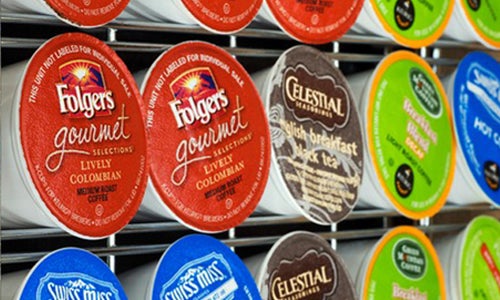 Since Keurig’s K-Cup coffee system arrived on the market in the late ‘90s, single-serve coffee makers have exploded in popularity. In fiscal year 2013 alone, Green Mountain Coffee Roasters, owner of the Keurig Company since 2006, sold more than $827 million worth of brewers and other accessories, more than double its sales just three years before. 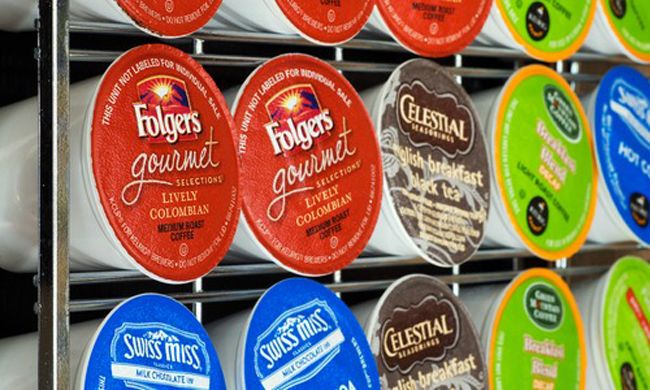 While the convenience and variety afforded by single-serve coffee systems is celebrated by many, the appliance’s darker side—the mountains of unrecyclable waste that result from its use—is equally abhorred by environmentalists and others concerned about the impacts of on-demand coffee. To put this waste into perspective, John Sylvan, the system’s creator, has himself estimated that a single K-Cup machine can create ten times more waste than a conventional drip brewer, and in fact now notes regretting his invention.

The environmental cost of landfilling or incinerating all of that valuable plastic has been widely discussed, but one element which has received less attention is the loss of valuable coffee grounds, which if collected, could create millions of tons of nutrient rich compost. Rich in nitrogen (energy used by bacteria to break down food waste), coffee grounds are a valuable addition to a compost pile and can even be added directly to indoor plants and gardens, if done properly.

In 2013, roughly 10 billion individual K-Cup packs were sold. At about 2 tablespoons of ground coffee per K-Cup, we’re talking about 20 billion tablespoons, or more than 67 million gallons of waste coffee grounds every year! Yikes. That’s a lot of waste and a lot of valuable compost.

Fortunately, more and more sustainable alternatives have been popping up on the market that allow you to keep using your single-serve system (and enjoying that hot cup of coffee when you want it) while reducing plastic waste and capturing the used coffee grounds for compost.

Here are five greener single-serve alternatives worth checking out:

1. Reusable Filters: Keurig’s own reusable filter is a great option, but only if you have an older machine. Keurig does not make a reusable filter for its latest 2.0 model brewer. Another popular reusable filter is the Eko-Brew, but check their compatibility list to see if it will work with your machine. This single-piece system ranges from $9 for their classic plastic model to about $16 for a stainless steel model.

2. Recyclable K-Cups: Although Keurig says its K-Cups won’t be recyclable until 2020, New England favorite Dean’s Beans has launched a fully recyclable, #5 plastic K-Cup alternative, packed with their organic and fair trade coffee. A pack of 12 costs $8.99. Crazy Cups out of Brooklyn, New York, also sells a recyclable K-Cup, but it needs to be disassembled by the user. They run about $1.30 per cup. Before you order either of these options, check to see if #5 plastics are recyclable in your area.

3. Biodegradable and Compostable K-Cups: The Rogers Company offers OneCup, a K-Cup alternative made of 97 percent biodegradable materials filled with a variety of coffees. Canadian company Canterbury Coffee’s OneCoffee label is 99 percent compostable by weight in commercial composting facilities. Their goal is to get to 100 percent compostable and start selling in the U.S. Another Canadian company, Club Coffee, plans to launch fully compostable coffee pods that will be sold in the United States through other brands.

4. Coffee Pods: New Hampshire Coffee has designed a 100 percent compostable coffee pod system of its own. The pods look like oversized tea bags and can be used in New Hampshire Coffee’s own system or can be used in a Keurig-type system with the purchase of a Pod Holster. After brewing, the pods can be tossed into the compost with no disassembly, but they do come individually wrapped, so there is still some waste. Pods come in 18-count sleeves and cost $9. (The Pod Holster may not work with all brands of coffee makers.)

5. All-in-one K-Cup-free single-serve systems: If you don’t already own a Keurig system, there are several K-Cup-free systems that brew single-serve coffee on demand. Breville’s You Brew system, for example, allows you to brew one cup at a time or up to a 12-cup pot. The system has a holding tank for whole beans, which then get ground on demand for whatever size cup or pot you select. You Brew Systems cost between $230 and $250. Cuisinart makes a similar Coffee On Demand 12-Cup Programmable Coffee Maker using a reusable mesh filter for $99.95. These systems may seem like a big investment up front, but even the most conservative estimates out there show that K-Cup coffee costs two to five times as much as regular drip coffee. Then, of course, there’s always the reliable French press—there are several single-serve versions on the market these days.

There’s no question that on-demand coffee is a nice convenience, but it doesn’t have to come at the expense of the environment. Once you’ve made the switch, make sure to compost those grounds! Here’s a handy guide on various ways to compost and use coffee grounds. For once, you can have your coffee and even “eat it” too!

K-Cup Inventor Admits He Doesn’t Have a Keurig, Regrets Inventing Them … Find Out Why

6 Healthy Chain Restaurants That Your Kids Will Love