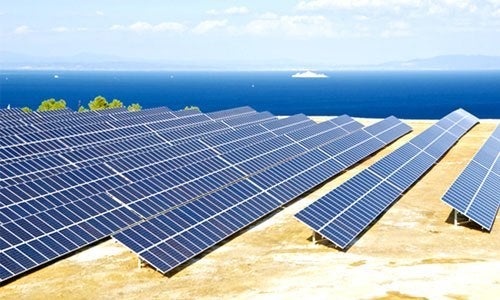 Hawaii made waves earlier this year with the announcement that it plans to transition its electric grid to 100 percent renewables by 2045. This is the most aggressive target in the U.S. and it means that the state will serve as a testbed for bringing large amounts of variable renewables onto the grid. It should be watched closely by grid managers everywhere.

It’s no coincidence that Hawaii leads the nation in its renewable ambitions. As a group of islands, Hawaii faces unique energy challenges and it has worked closely with the U.S. Department of Energy to analyze the potential of solar energy and examine the challenges of integrating a variety of renewables into its energy mix. 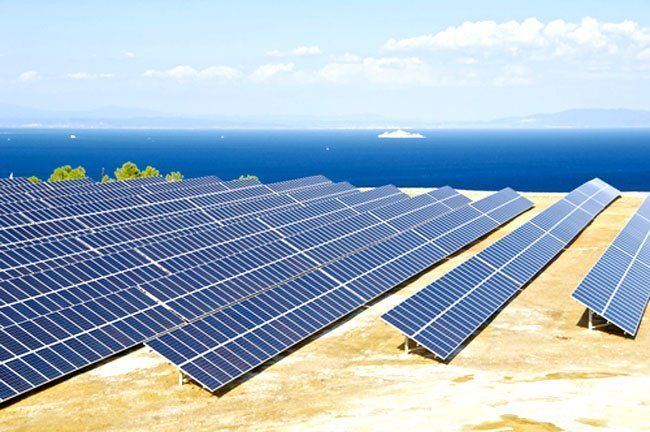 From one perspective, an island seems like a hard place to use variable renewable energy like wind and solar. Island grids are usually isolated, so they can’t rely on power from the mainland grid when there’s no sun or wind. There are some exceptions, like the Danish island of Samso. Island grids generally have to pay more attention to backup generation and energy storage than mainland grids, raising the overall costs of renewables.

On the other hand, most islands rely on fuel imports to run their grid. These shipments of diesel, oil or natural gas are very expensive and anything that can reduce or eliminate them can mean big savings. It also means less reliance on imports, increasing energy security. So shifting to fuel-free renewables like solar and wind saves money on this side of the ledger.

How do these two factors balance out in practice? The answer is clear in the growing number of island communities around the world that are moving quickly to adopt renewables.

The Growth of Renewable Islands

Hybrid renewable energy technologies can provide stable power for islands. For example, El Hierro, one of the Spanish Canary Islands off the coast of Africa, operates a stand-alone electric grid to serve its population of 11,000 and run power-hungry desalination plants. Last summer, the island inaugurated a hybrid wind-hydro power plant that combines wind energy when it’s available with pumped hydroelectric storage that runs when the wind drops. This has allowed it to almost completely stop using expensive, shipped-in fuel oil. The plant has just completed one year of successful operation.

Grid management and storage solutions are also being developed and used on islands. Kodiak Island in Alaska has just shifted to fully running its grid with wind and hydro power. To make this work, the utility had to deal with the challenge of smoothly transitioning between wind and hydro generation without the power flickering. Managers handle this by using a battery-storage system that can provide a brief (90 second) amount of power to bridge the gap. With the full system in operation, Kodiak is able to almost completely eliminate imports of close to 3 million gallons of diesel per year.

Many other islands are expanding how much of their electricity can feasibly come from renewables, as IRENA and the Carbon War Room have both addressed. These islands range from extremely small—such as the tiny Pacific nation of Tokelau, which moved to entirely solar power several years ago—to relatively large—Iceland relies almost entirely on hydropower and geothermal power, although these are less variable than wind and solar.

With its new target in place, Hawaii becomes the largest island to aim for a full-renewables grid strategy. The lessons from balancing variable renewable generation on smaller islands will help the state as it works to handle the challenges of large amounts of renewables. And while some of these lessons will remain island-specific, many will be relevant to mainland grids.

One particular example that many utilities around the world are grappling with is the question of how much distributed renewable energy can be safely installed on the grid. Hawaii has the highest percentage of rooftop solar in the U.S.—one household in eight has it—which has raised some technical concerns about grid stability. In 2013, the local utility (HECO) capped the allowed amount of rooftop solar, freezing thousands of permit applications for new installations.

After research by the National Renewable Energy Laboratory (NREL) resolved those concerns, HECO doubled the cap and allowed new installations to go ahead. Now it is charting new territory, including learning how to work with distributed solar companies to better use data from rooftop solar installations to improve awareness of how these systems are performing and their impact on grid stability.

As the Hawaiian grid continues to gather real-world experience in incorporating large amounts of renewables, it will serve as both a practical demonstration and a tremendously valuable testbed for how other states could follow a similar path.