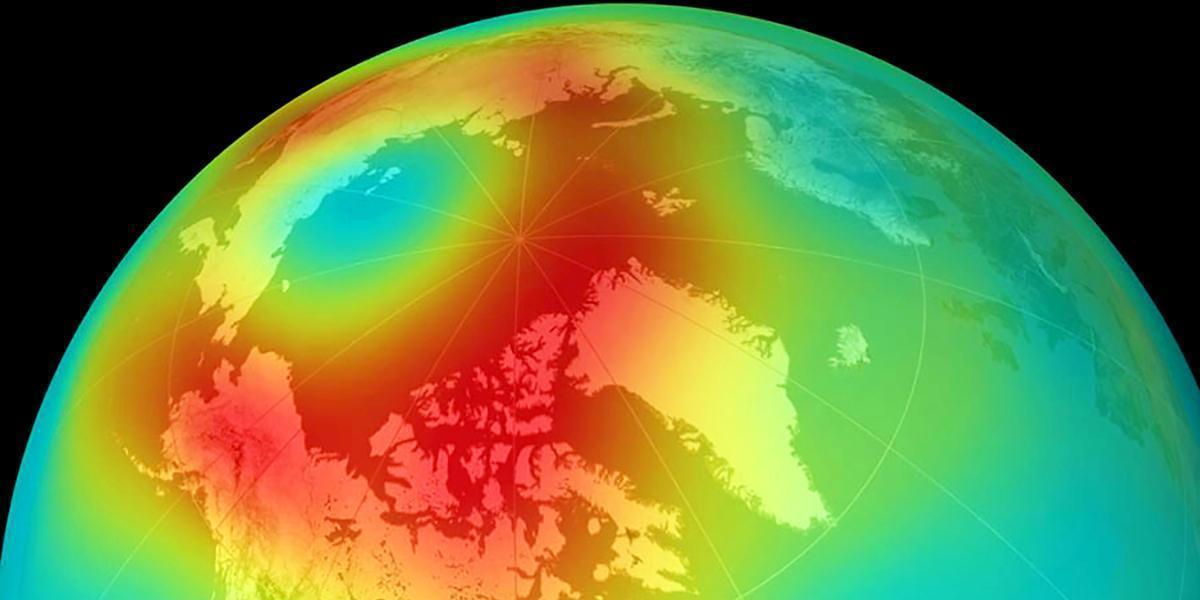 The amount of carbon in the Earth’s atmosphere is now officially off the charts as the planet last week breached the 410 parts per million (ppm) milestone for the first time in human history.

“It’s a new atmosphere that humanity will have to contend with, one that’s trapping more heat and causing the climate to change at a quickening rate,” wrote Climate Central’s Brian Kahn. “Carbon dioxide hasn’t reached that height in millions of years.”

The milestone was recorded Tuesday at the Mauna Loa Observatory in Hawaii by the Keeling Curve, a program of the Scripps Institution of Oceanography at University of California San Diego. Since the planet reached the dangerous new normal of 400 ppm last year, scientists have warned that that the accelerated rate at which concentrations of CO2 are rising means that humanity is marching further and further past the symbolic red line towards climate chaos.

What’s more, as Aarne Granlund, a graduate student researching climate change at the University of the Arctic, pointed out, the recording was taken before carbon levels are expected to reach their annual peak, meaning they could soon notch even higher.

But despite the unprecedented threat, climate action has ground to a halt in the U.S. under the leadership of President Donald Trump and U.S. Environmental Protection Agency chief Scott Pruitt, forcing campaigners and concerned citizens to take to the streets in droves to prompt the government to do something to address the threat of planetary devastation.

Saturday’s March for Science saw tens of thousands of people rally in Washington, DC and across the world to send a message to the Trump administration that governance should be based on research and facts—not ideology.

Speaking at the march in San Diego, Ralph Keeling, director of the CO2 program at Scripps whose father founded the Keeling Curve, gave an impassioned speech on why legislators need to abandon the partisan effort to stymie environmental legislation, declaring: “The climate change debate has been over for decades.”

Now, infused by the energy of the March for Science, campaigners are gearing up for next weekend’s Peoples Climate March with a week of action that centers on creating a just transition away from fossil fuels.

“The Peoples Climate March is the next step for the March for Science, a call to get more engaged in our political system, to confront power and to demand solutions,” explained May Boeve, executive director of 350.org.

“The demands we will put forward—respect for Indigenous peoples, investments in communities on the front lines of the climate crisis, transitioning from fossil fuels to 100 percent clean energy economy that works for all and more,” Boeve continued, “highlight the intersections between our different struggles and the common solutions we can work for together.”

Dubbed “From Truth to Justice: Earth Day to May Day 2017,” the more than 50 events in the lead-up to Saturday will include strategy sessions, a massive youth convergence, the introduction of a 100 percent Clean Energy Bill in Congress and non-violent direct actions.

On Friday, activists will form “Mother Earth’s red line” on the Capitol lawn to symbolize the multiple lines that must not be crossed by corporations and governments in the increasingly severe climate crisis, organizers said.

“This is about strength in unity; diverse groups of people are coming together like never before and are creating a red line of protection against capitalism, militarism and racism,” said Kandi Mossett, Indigenous energy and climate campaign organizer with the Indigenous Environmental Network, one of the group’s organizing the direct action. “We are here to push for solutions like Indigenous rights, divestment and renewable energy as we continue to fight for a just transition away from a fossil fuel based economy.”