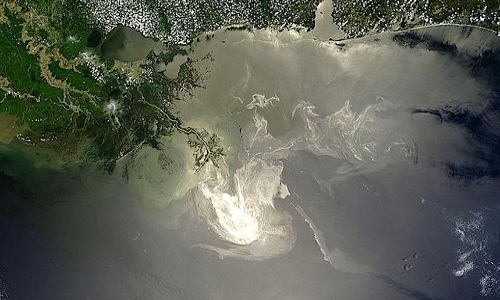 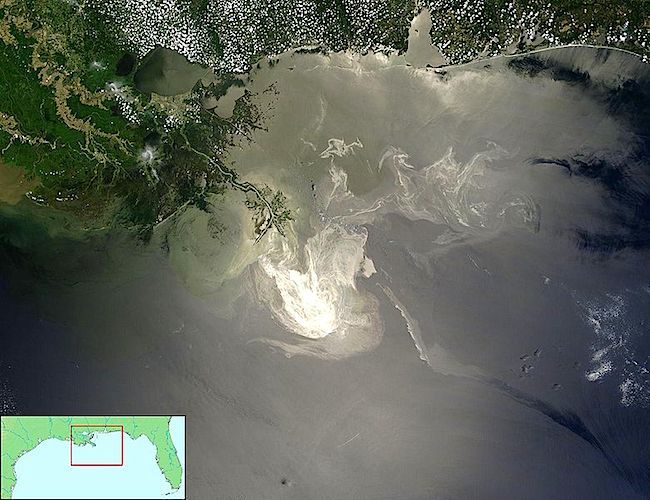 NASA satellite imgae on May 20, 2010. Oil smoothes the ocean surface, making the Sun’s reflection brighter near the centerline of the path of the satellite, and reducing the scattering of sunlight in other places. As a result, the oil slick is brighter than the surrounding water in some places (image center) and darker than the surrounding water in others (image lower right). Photo credit: Wikimedia commons

Last week the U.S. Environmental Protection Agency lifted the ban that prevented BP from engaging in any contracts with the federal government, paving the way for BP to resume bidding on leases for oil and gas development on public lands and waters, including the Gulf.

BP already holds more than 600 lease blocks—more than any other operator in the Gulf—and they currently have ten rigs working to drill new deepwater wells, like the Macondo well that failed in 2010.

But they’re not the only game in town. There are dozens of other operators working in the Gulf, in deep water and shallow. One of our fans just tipped us off to a nifty dataset that shows just how busy things are offshore here and around the world: the locations of active Mobile Offshore Drilling Units (MODUs). Here’s a look at the MODUs working right now in the Gulf of Mexico: 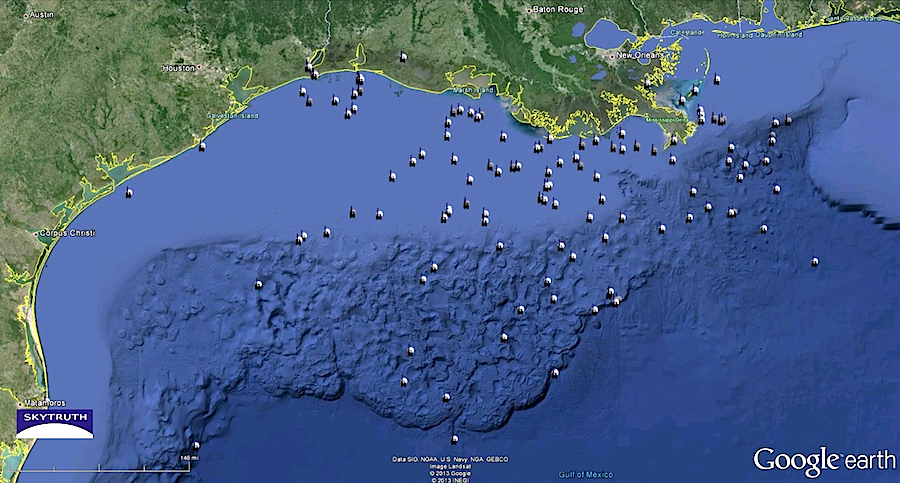 Not to be confused with the thousands of fixed offshore oil and gas production platforms, MODUs are the rigs that get towed from place to place to drill new wells, and do maintenance operations on existing wells. They range from the relatively small and simple jack-up rigs that work in shallow water, to the huge and complex semisubmersible rigs, like the Deepwater Horizon, that handle the technically challenging deepwater work.