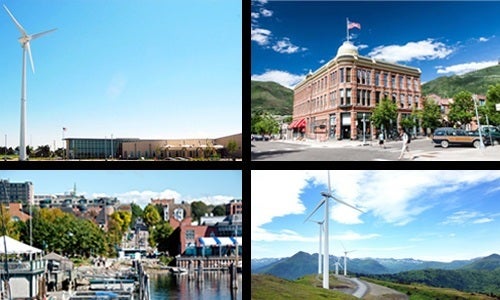 Renewable energy is having another stellar year. Solar is now the fastest growing source of renewable energy after a decade of record growth, according to the Solar Energy Industries Association. Wind and solar continue to flourish, and nascent technologies such as offshore wind and algae-based biofuel are also gaining momentum.

The International Energy Agency recently announced two exciting goals for clean energy: by 2020, 26 percent of the world’s energy will be generated by renewable sources and renewables will overtake coal as the world’s largest power source in the 2030s.

While many countries continue to drag their feet on reducing emissions, individual cities are taking the lead and setting ambitious renewable energy targets. Some have already made the transition to 100 percent renewable energy.

Here are the four U.S. cities that have gone 100 percent renewable: