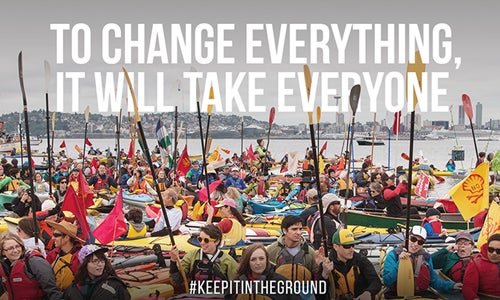 With the presidential campaign dominating the news cycle, it’s easy to get distracted from what our current administration is doing—and not doing—to tackle climate change. We can’t afford to wait and see what the election brings. That’s why communities from the Gulf South to Alaska and around the globe are uniting in an incredible wave of resistance to fossil fuels this week. 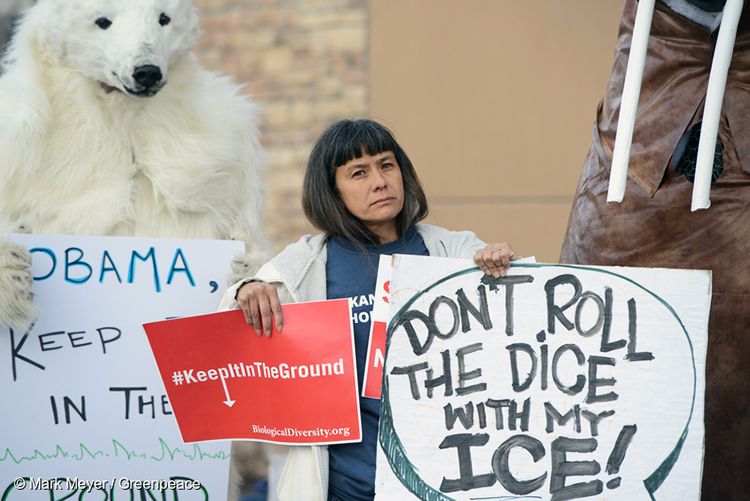 1. Business as usual for the fossil fuel industry cannot continue.

The consequences of our reliance on dirty energy are no secret, but that hasn’t stopped fossil fuel companies from going to extremes to protect their bottom lines.

Exxon, for one, knew the climate impacts of burning fossil fuels 40 years ago. But instead of acting in the interest of humanity, the company campaigned in secret to cover up climate science so it could continue to plunder and pollute in search of more oil to burn.

Not to be outdone, Shell spent three years and $7 billion trying to drill in U.S. Arctic waters, a campaign that ended in a very public, ego-bruising failure in 2015. But the company is still clinging to its Arctic drilling hopes by a thread, relinquishing all but one of its Alaskan leases on Tuesday.

What do these two stories have in common? People power winning out over corporate greed. Thanks to tireless activism, Exxon is finally taking its scandal seriously, deploying the full force of its lawyers and lobbyists. And the movement that pressured Shell to leave the Arctic also prompted President Obama to protect Alaska from offshore drilling through 2017 and make the Atlantic off limits through 2022.

2. The path to a sustainable future does not include fossil fuels.

The science is clear: to avoid the worst effects of #climatechange, we need to keep fossil fuels in the ground. pic.twitter.com/I2XqukBNzO

If we have any hope of preventing runaway climate change, we need to keep fossil fuels in the ground—starting now.

A 2015 study in the journal Nature revealed that we need to leave at least 80 percent of the world’s known remaining fossil fuel reserves untouched, including more than 90 percent of U.S. coal reserves and a whopping 100 percent of Arctic oil and gas.

In the U.S. alone, keeping publicly owned fossil fuels in the ground would cut greenhouse gas emissions by 100 million metric tons per year.

Of course, communities on the frontlines of the fight against fossil fuels have known this for years, but policymakers are just starting to catch up.

If last year’s Paris climate talks showed us anything, it’s that the world’s political leaders are ready to talk the talk on climate action.

But are they ready to walk the walk? So far, the answer is no.

President Obama, for example, said last year, “As long as I am president, America will lead the world to meet this threat [climate change] before it’s too late.”

But his actions aren’t on pace with the change we need. He’s failed to protect the U.S. Arctic and the Gulf of Mexico from offshore drilling and his Interior Department Secretary Sally Jewell called the keep it in the ground movement “naive” in a recent speech.

If you think it’s “naive” to preach climate action one minute then turn around and sell our public land to the highest bidder the next, then it’s time to speak up!

4. Momentum for a clean energy revolution is on our side.

And we didn’t stop there.

This series of wins is no accident—it’s because people like you and me are uniting around one clear message. We only have one choice to protect our future: keep fossil fuels in the ground.

From financial stress to increased pressure from people like you, the fossil fuel industry is reeling. Right now is our best chance to turn up the heat and make 2016 a tipping point in the journey towards a clean, just, renewable energy future.

Communities all over the country—from Alaska to the Gulf South—have already pushed us closer and closer to this tipping point. Now it’s time to build on their actions and break free from fossil fuels for good. 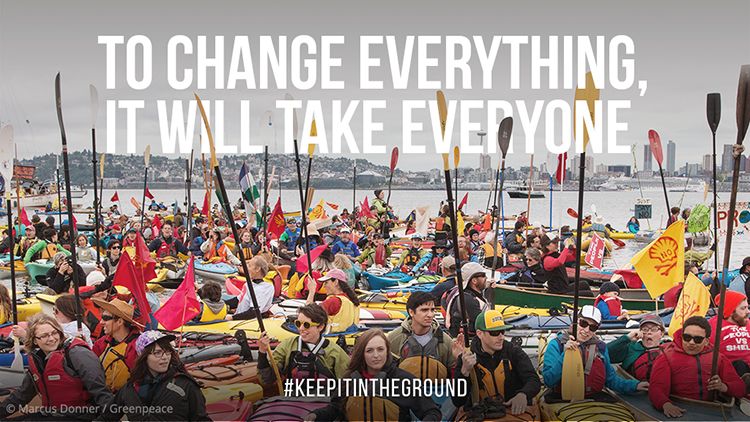 Sound like a movement you want to be a part of? Find a Break Free action near you and get involved.