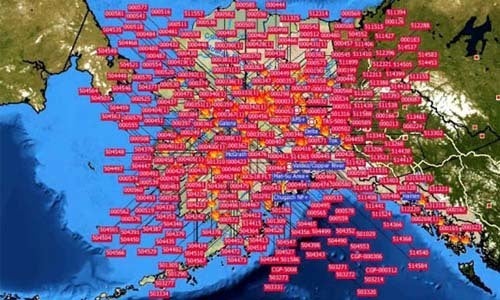 Thousands of firefighters are working to put out wildfires in Alaska as they blaze across the state. The Alaska Division of Forestry reported that as of today there are 317 wildfires burning in the Last Frontier. On Wednesday alone, there were 40 new fires and Thursday saw an additional 28 new fires, bringing the total acreage burned to 624,496 acres.

Alaska is no stranger to wildfires, but climate change has drastically increased the frequency of wildfires. On Wednesday, Todd Sanford, a climate scientist at Climate Central, released a report on how Alaska is entering a new era for wildfires. 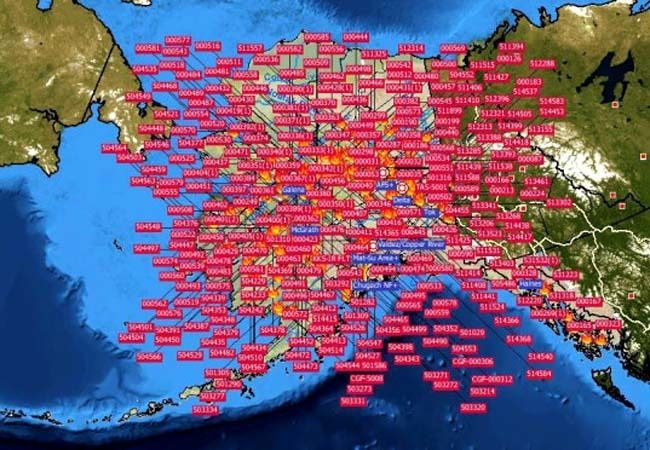 In the past 60 years, Alaska has warmed more than twice as fast as the rest of the country, with average temperatures up by nearly three degrees Fahrenheit. By 2050, temperatures are projected to climb an additional two to four degrees, with the Arctic region seeing the most dramatic increases. These rising temperatures are expected to increase wildfire risks in Alaska, just as they have in the rest of the western U.S.

The report found a nearly 10-fold increase in the number of large fires in the Arctic region in the 2000s compared to the 1950s and 1960s. And the total area that these large fires are burning is increasing every year. “In just two years, 2004 and 2005, wildfires burned a larger area than in the 15 years from 1950-1964 combined,” says the report. 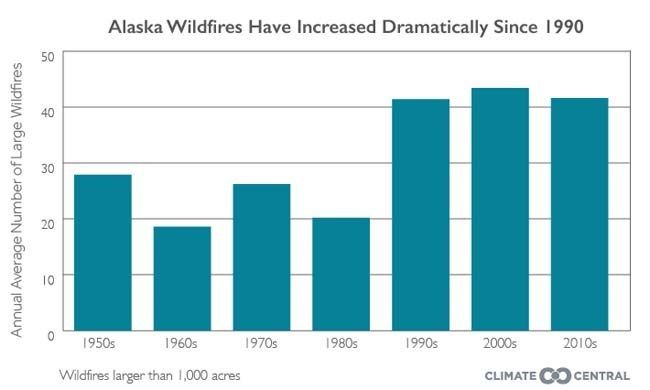 The report found a nearly 10-fold increase in the number of large fires in the Arctic region in the 2000s compared to the 1950s and 1960s. Photo credit: Climate Central

Wildfires are starting earlier and earlier in the year and the last wildfire of the season is occurring later and later each year. And that’s not just the findings for Alaska, but the entire West. With the West in the midst of an epic drought, experts are predicting the worst fire season yet for the U.S. Unsurprisingly, the report found the years with the hottest May to July temperatures also tend to be years with the most fires and the greatest area burned. Alaska just saw a record warm May with a heat wave that saw temperatures top the daily highs for Phoenix, Arizona.