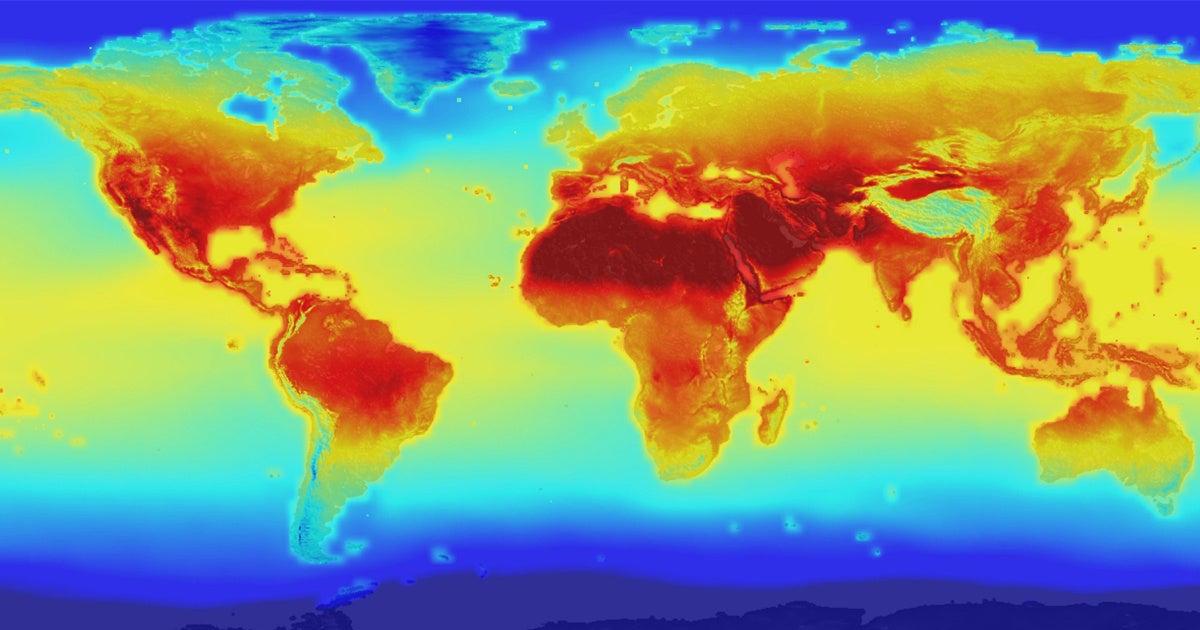 By approaching 2100, a world set for 3.4˚C will, on present trends, probably be the reality confronting our descendants—slightly less warm than looked likely a year ago, analysts think. That’s the good news, you could say.

But the bad news is twofold. First, this improvement in planetary prospects will still leave the global temperature increase more than twice as high as the internationally agreed target of 1.5˚C. And secondly, it depends largely on the efforts of just two countries—China and India.

They have made significant progress in tackling climate change in the last twelve months. In contrast, a report by the analysts, from the Climate Action Tracker (CAT), says that not only U.S. climate policy has been rolled back under President Trump. Most individual governments’ climate commitments are going in the wrong direction.

The CAT report says the world will, on present trends, still reach 2100 a long way above the 1.5˚C target for the Earth’s maximum tolerable temperature rise, which was endorsed in the Paris agreement.

The Climate Action Tracker is an independent science-based assessment that each year tracks countries’ emission commitments and actions. Its members are Climate Analytics, Ecofys and NewClimate Institute.

The CAT’s latest greenhouse gas (GHG) emissions projections, based on government policies currently in place, suggest they will lead to a 0.2°C decrease in projected warming, to 3.4˚C by 2100, compared with 3.6˚C in November 2016.

This is the first time since the CAT began tracking action in 2009 that policies at a national level have visibly reduced its end-of-century temperature estimate and also reduced the 2030 emissions gap between current policies and what is needed to meet the 1.5°C temperature limit.

The analysts say China’s emissions growth has slowed dramatically: in the first decade of this century, its emissions grew by 110 percent, but between 2010 and 2015, growth had slowed to only 16 percent. China is set to far overachieve its climate commitment, or Nationally Determined Contribution (NDC) as countries’ undertakings are known in the UN.

The CAT’s estimate of emissions from China in 2030 is 13 GtCO2e‚ 0.7 GtCO2e lower than its 2016 estimate. If China continues with its coal abatement, this could drop by another 0.7 GtCO2e.

One Gt is one gigatonne, a billion metric tons; CO2e, carbon dioxide equivalent, expresses the impact of different greenhouse gases in terms of CO2.

Equally, India has increased its climate action, the analysts say. If it fully implemented its Draft Electricity Plan, its emissions in 2030 would be 4.5 GtCO2e—almost 1 GtCO2e lower than the CAT predicted last year.

If India were to strengthen its NDC to match the ambition level of its Draft Electricity Plan, its targeted emissions level would be moving much closer to the range compatible with the Paris target of 1.5˚C.

“It is clear who the leaders are here: in the face of U.S. inaction, China and India are stepping up,” said Bill Hare of Climate Analytics. “However, both need to review—and strengthen—their Paris commitments.”

“Over the last year, governments have made substantial steps in improving climate policies,” said Niklas Höhne of NewClimate Institute. “And this has had a discernible effect on global emissions projections. For example, in the face of increasingly cheaper renewable energy, many are now actively moving away from coal.” But the CAT shows that many governments are not seizing the opportunities renewables offer.

The report is a mosaic, detailing some encouraging trends. For example, the authors now think global emissions under current policies in 2030 will be at least 1.7 GtCO2e per year lower than last year’s projection.

But there are negative conclusions too. Mainly because of the U.S.’s announced withdrawal from the Paris agreement, there has been a significant deterioration in progress to limit expected warming, it finds.

If all governments fully implemented their Paris commitments, the NDCs, the projected global temperature increase in 2100 would be 3.2˚C above pre-industrial levels, up from last year’s 2.8˚C, largely because of the U.S.

The CAT projects that global emissions are set to rise by 9 to 13 percent between 2020 and 2030, because of projected emissions growth in countries such as Turkey, Indonesia and Saudi Arabia. In 17 out of 32 countries it analyzed, emissions will increase by more than 20 percent during this period.

The vast majority of NDCs are not in line with a fair contribution to meet the Paris agreement’s long-term warming goal, it says. Only seven governments have implemented 2°C or 1.5°C compatible targets, and of these, four are not backed up by sufficient policy action.

At the same time, in 16 out of the 32 countries analyzed, emissions are projected to exceed their (already insufficient) NDCs. With the U.S., they include Australia, Brazil, Mexico and Canada.