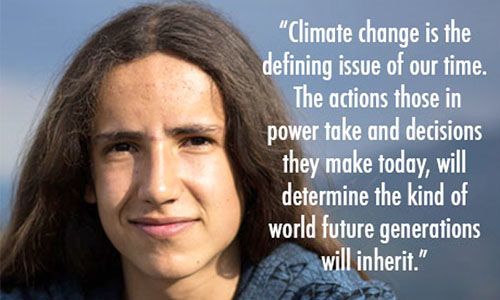 On International Youth Day yesterday, 21 young people from across the U.S. filed a landmark constitutional climate change lawsuit against the federal government in the U.S. District Court for the District of Oregon. Also acting as a plaintiff is world-renowned climate scientist Dr. James E. Hansen, serving as guardian for future generations, Hansen’s granddaughter and Earth Guardians, representing young citizen beneficiaries of the public trust. The complaint asserts that, in causing climate change, the federal government has violated the youngest generation’s constitutional rights to life, liberty, property and has failed to protect essential public trust resources. 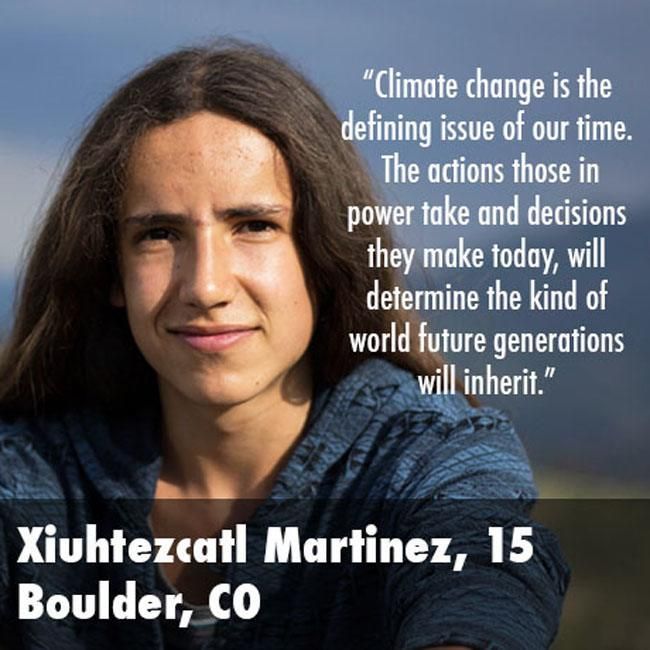 The complaint alleges the federal government is violating the youth’s constitutional rights by promoting the development and use of fossil fuels. These young plaintiffs are challenging the federal government’s national fossil fuel programs, as well as the proposed Jordan Cove LNG export terminal in Coos Bay, Oregon. Plaintiffs seek to hold President Obama and various federal agencies responsible for continued fossil fuel exploitation. The federal government has known for decades that fossil fuels are destroying the climate system. No less important than in the civil rights cases, plaintiffs seek a court order requiring the President to immediately implement a national plan to decrease atmospheric concentrations of carbon dioxide to a safe level: 350 ppm by the year 2100.

In describing the case, one of the teenage plaintiffs and Youth Director of Earth Guardians, Xiuhtezcatl Tonatiuh Martinez, stated: “The federal government has known for decades that CO2 pollution from burning fossil fuels was causing global warming and dangerous climate change. It also knew that continuing to burn fossil fuels would destabilize our climate system, significantly harming my generation and generations to come. Despite knowing these dangers, defendants did nothing to prevent this harm. In fact, my government increased the concentration of CO2 in the atmosphere to levels it knew were unsafe.” 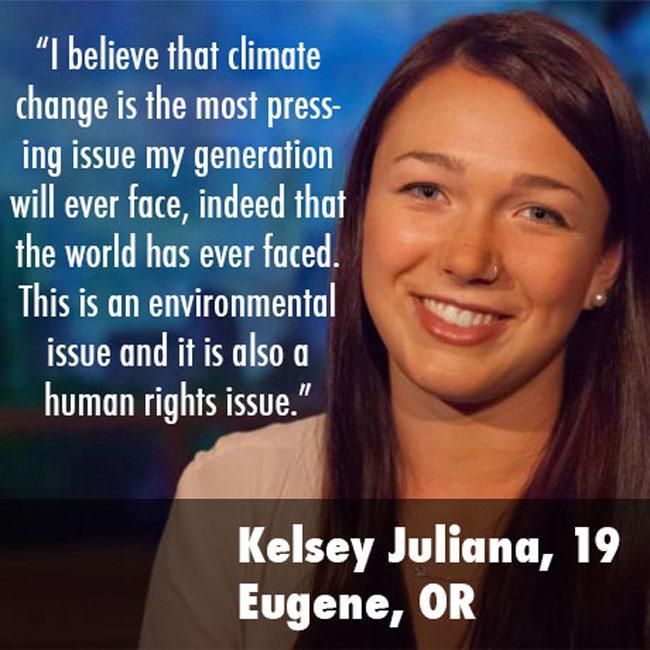 Another plaintiff, 18-year-old Kelsey Juliana, said: “Our nation’s top climate scientists, including Dr. Hansen, have found that the present CO2 level is already in the danger zone and leading to devastating disruptions of planetary systems. The current practices and policies of our federal government include sustained exploitation and consumption of fossil fuels. We brought this case because the government needs to immediately and aggressively reduce carbon emissions and stop promoting fossil fuels, which force our nation’s climate system toward irreversible impacts. A key example is approval of LNG pipelines and export terminals in Oregon. If the government continues to delay urgent annual emissions reductions, my generation’s wellbeing will be inexcusably put at risk.”