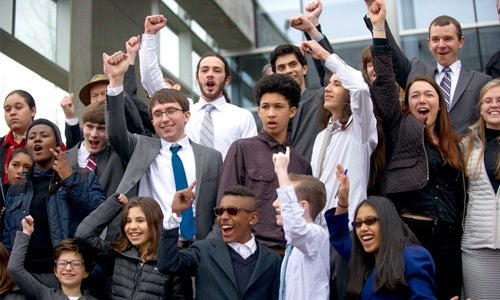 [Editor’s note: Twenty-one youth plaintiffs, as well as climate scientist Dr. James Hansen as guardian for future generations, is suing the federal government to cease conduct that promotes fossil fuel extraction and consumption, and instead develop and implement an actual science-based climate recovery plan. The complaint argues the youth have a fundamental constitutional right to be free from the government’s destruction of their Earth’s atmosphere. Yesterday’s court appearance was scheduled for the judge to hear oral arguments from the U.S. government and the fossil fuel industry on their motions to dismiss the landmark constitutional climate change lawsuit.]

At Wednesday morning’s historic hearing, U.S. Magistrate Judge Thomas M. Coffin questioned Department of Justice attorney Sean C. Duffy on whether the federal government was allowing tradeoffs between present and future generations. To illustrate his question, the Judge used an example of a discount rate, and pondered whether the government’s actions were effectively trading future harm for present day benefits. 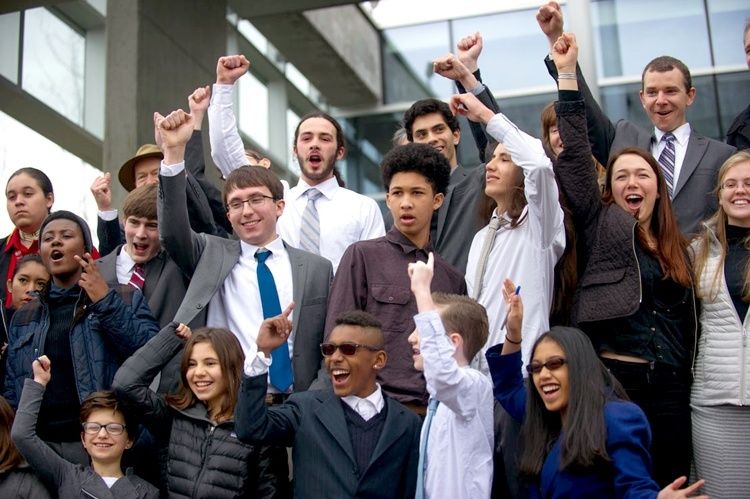 The youth plaintiffs after the hearing. Photo credit: Our Children’s Trust

“Are you robbing Peter to pay Paul?” the judge asked a flustered Duffy.

The hearing began with Duffy denying the federal government’s duty under the public trust doctrine to protect essential natural resources for the benefit of all present and future generations. The judge asked, “Both (water & air) are vital to life, right?”

The Judge also asked if the government could sell the Pacific Ocean to Exxon. Remarkably, Duffy had a constitutional argument handy to support even that proposition.

Hundreds of students, activists, professors and citizens concerned about climate turned out in Eugene, Oregon to support 21 young plaintiffs, ages 8-19, in what Bill McKibben and Naomi Klein call the “most important lawsuit on the planet right now.” 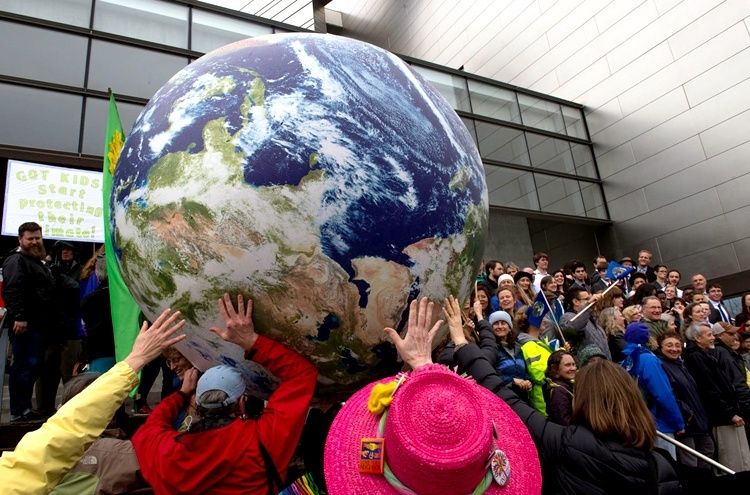 Plaintiffs, attorneys and supporters gather on the steps of the federal courthouse in Eugene on March 9, 2016 after U.S. magistrate Thomas Coffin heard oral arguments in their case against the federal government. The case involves 21 youth plaintiffs demanding the U.S. government take science based action against climate change. Photo credit: Our Children’s Trust

“The future of our generation is at stake,” said 16-year-old plaintiff Victoria Barrett at the press conference following the hearing.

“People label our generation as dreamers, but hope is not the only tool we have. I am young, I am a teenager, and I want to have fun, and be creative, and hang out with my friends. I want to do what I love and live a life full of opportunities. I want the generation that follows to have the same and I absolutely refuse to let our government’s harmful action, corporate greed and the pure denial of climate science get in the way of that.”

The plaintiffs’ sued the federal government for violating their fundamental constitutional rights to life, liberty and property by taking actions that permit, encourage and otherwise enable continued exploitation, production and combustion of fossil fuels. 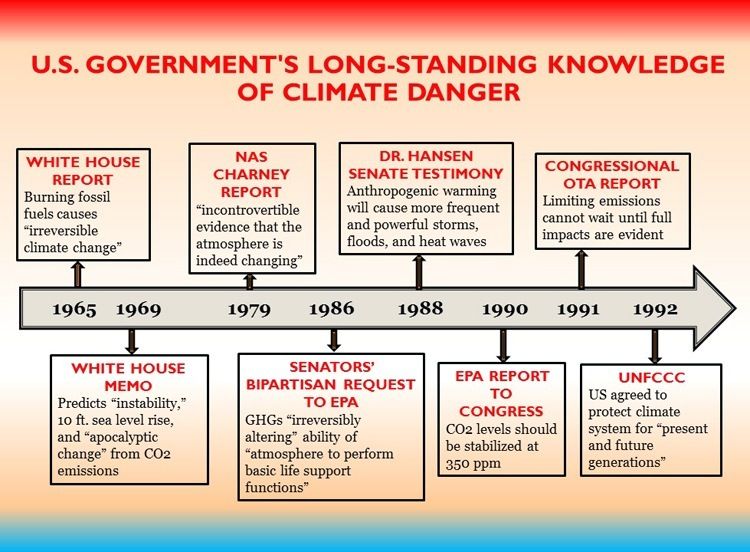 “We firmly believe the court will view this as an egregious instance where the federal government intensified the danger to our plaintiffs’ life, liberty and property,” said plaintiffs’ attorney Phil Gregory with Cotchett, Pitre, & McCarthy. “This case places indisputable climate science squarely in front of the federal courts, requesting an order forcing our government to cease jeopardizing the climate system for present and future generations.”

The purpose of Wednesday’s hearing was to hear arguments from the parties on the federal government’s and fossil fuel industry’s motions to dismiss the youth’s climate change lawsuit. The judge conducted incisive questioning of lawyers presenting oral argument for both sides on the issue. The hearing lasted for two hours. It’s unclear when he will reach a decision on the defendants’ motions, but the youth plaintiffs are optimistic the Judge will treat their case fairly. 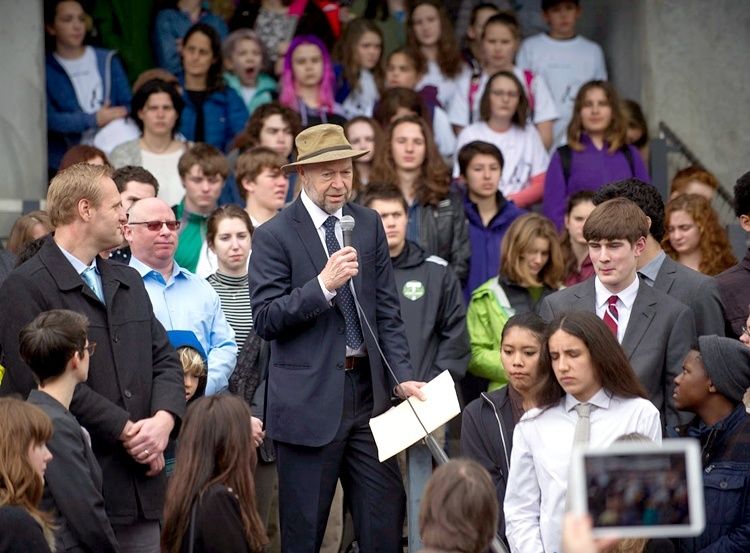 Climate scientist James Hansen speaks on the steps of the federal courthouse in Eugene, Oregon. Hansen is taking an active role in helping make a science based argument in the case. Photo credit: Our Children’s Trust

“Defendants are wrong that our complaint fails to allege constitutional and public trust violations for the harms caused these young plaintiffs,” said Julia Olson, lead counsel for the plaintiffs and executive director of Our Children’s Trust, in her closing argument.

“Defendants in essence ask this court to ignore the undisputed scientific evidence, presented in our complaint and in opposing this motion, that the federal government has, and continues to, damage plaintiffs’ personal security and other fundamental rights. But these young plaintiffs have the right to prove the government’s role in harming them has been knowing and deliberate.”