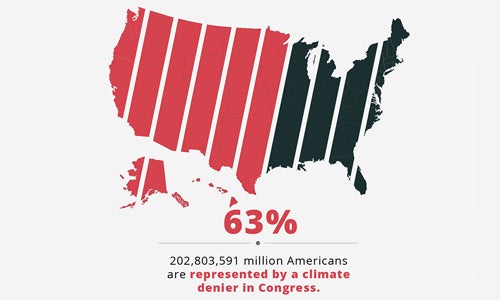 Here’s an inconvenient truth for the fossil fuel industry: The majority of Americans accept the scientific consensus that climate change is real and that it is a threat that must be addressed. This includes a majority of Democrats, a majority of Republicans and a majority of citizens who do not identify with a specific political party. 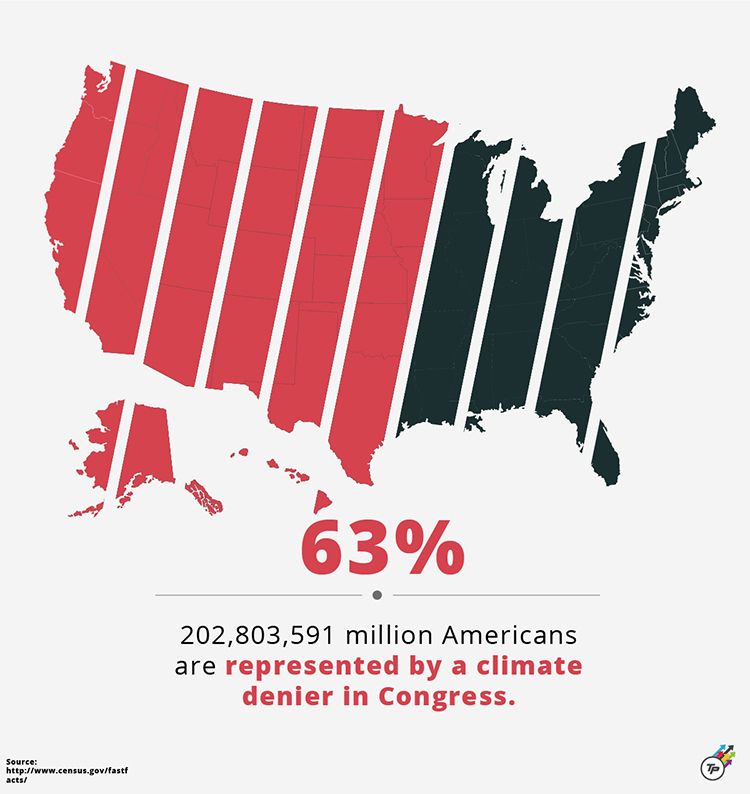 But here’s a sad truth for Americans who believe in science: The majority of members of the ruling GOP party in Washington, DC. refuse to accept the science that climate change is happening and that human beings are to blame.

According to a new report by the Center for American Progress Action Fund, 59 percent of the House Republican caucus and 70 percent of Senate Republicans refuse to accept the reality of climate change. This means there are a total of 182 climate change deniers in the House and Senate who collectively represent more than 200 million American citizens (based on their district/state size that they represent in Congress).

So how is it possible that the majority of Americans are willing to accept science yet their own representatives ignore it? The answer, as usual, comes down to money.

The Center for American Progress report shows that the fossil fuel industry has given more $73 million to these science-denying politicians; $10 million of which came in just the last 12 months, perhaps spurred on by recent reports showing that 2015 once again broke temperature records or maybe concerned about the falling demand for fossil fuels. But whatever the reason, that $73 million is apparently all it takes to ignore the desires of 200 million concerned American citizens.

The challenge is presenting the issue in terms that might get people more active than just “understanding” the problem. This is what I discussed on a recent episode of The Big Picture with Thom Hartmann on RT America and you can catch the discussion in the video below: