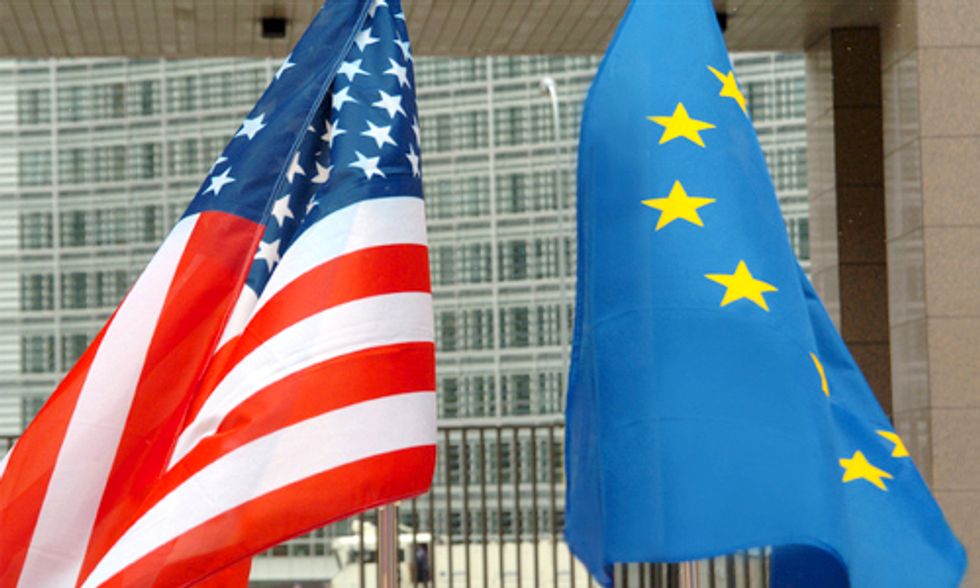 Will the U.S. and Europe consider the climate and environment during their next round of Transatlantic Trade and Investment Partnership (TTIP) negotiations? Nearly 200 civil society organizations hope so, and wrote about their concerns in a letter to trade representatives from the U.S. and Europe.

The Center for International Environmental Law led the group of 178 organizations to request answers regarding the potential of an agreement weakening various protections for the environment, health and consumers in order to expedite the passage of an international trade agreement.

Groups from all over the globe are worried that behind-closed-doors negotiations between the U.S. and Europe are prioritizing international trade at the expense of the environment. Photo credit: American Chamber of Commerce Estonia

"The vast majority of estimates for TTIP’s economic benefits are hypothesized to come from tackling “non-tariff” or “technical barriers” to trade," the letter reads. "These perceived barriers are also the laws that protect people, the environment and the integrity of our respective economies."

Earthjustice, Friends of the Earth, Clean Water Action, BlueGreen Alliance and Both ENDS are among the global group organizations that signed the letter. Among other things, they are concerned that the top-down approach set forth in some proposals could preempt standards at the state, regional and national level, especially when a response is needed for emerging technologies, new scientific information or crises.

"We are deeply concerned that TTIP will have a chilling effect on the development and implementation of laws to protect people and the environment," the letter continues.

The groups also aren't crazy about closed-door nature of the negotiations, which are scheduled to continue next week. They want published text of negotiations and answers to these eight questions:

"EU and U.S. leaders may be trading away environmental and health safeguards for the sake of big business and short-sighted interests," Magda Stoczkiewicz, director of Friends of the Earth Europe, said. "The trade talks could even hamper the ability of governments to protect their citizens against the risks of shale gas, [genetically modified] crops and dangerous food and chemicals.

Report Exposes How the TTIP Could Expand Fracking in U.S. and Europe

How Does Your City's Air Quality Rank?