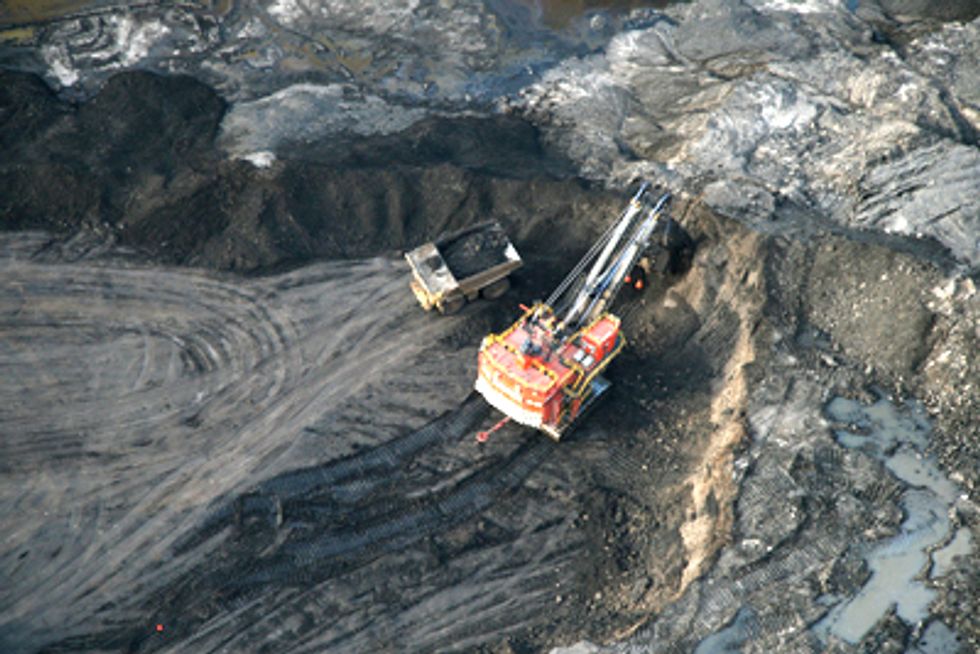 As a Canadian it blows my mind that we can have the second largest deposits of oil in the world, but our government remains billions in debt and one in seven Canadian children live in poverty.

I feel like we are being played for fools here in Canada, because foreign owned oil companies like ExxonMobil, British Petroluem and PetroChina (71 percent of oil sands production is owned by foreign shareholders) are making billions exporting raw tar sand from our country, while us citizens are dealing with all the nasty downsides.

1. The Canada tar sands isn't just an environmental issue, it is also a social justice, human rights and health issue. A higher incidence of rare and deadly cancers has been documented in First Nations communities downstream of the oil sands by doctors, the Alberta Health Department and First Nations since 2007.

2. Like birds? Me too. Did you know that more than 30 million birds will be lost over the next 20 years due to tar sands development?

3. Ninety-five percent of the water used in tar sands surface mining is so polluted it has to be stored in toxic sludge pits. That’s 206,000 liters of toxic waste discharged every day.

4. Canada's tar sands make Hoover Dam look like lego blocks, because we are home to two of the top three largest dams in the world. The dams are used to hold back all that toxic sludge produced by mining tar sands.

5. Producing a barrel of oil from the oil sands produces 3.2 to 4.5 times more greenhouse gases than conventional oil produced in Canada or the U.S. To put that in perspective, a Honda Accord burning tar sands gas has the same climate impact as driving a Chevy Suburban using conventional gas.

6. According to an annual climate change performance index, because of the tar sands, Canada's climate performance is the worst in the entire western world. Canada ranks 58th out of 61 countries on the index, beating out only Kazakhstan (59th), Iran (60th) and Saudi Arabia (61st).

7. Eleven million liters of toxic wastewater seep out of the tailing pits into the boreal forest and Athabasca river every day. That’s 4 billion liters a year. Anyone want to go fishing?

8. Norway has saved $644 billion in its petroleum production investment fund. Meanwhile, Alberta, where all the tar sands deposits are, has only saved $16 billion. There is no Canadian federal fund.

9. The International Energy Agency says up to two-thirds of known fossil reserves must be left in the ground to avoid a 2°C global temperature rise. MIT reports that when a global price on carbon emerges to prevent climate change, it will make the oil sands economically non-viable.

10. And if you think the tar sands are going away, think again.The oil sands underlie approximately 140,000 square kilometres of Alberta—an area about the size of Florida. Oil sands leases cover about 20 percent of the province’s land area. If the oil companies have it their way, the tar sands operations are on a trajectory to triple in size, with literally no end in sight.

So there you go. The tar sands suck, Canadians are getting screwed and the only people seeing any kind of big payoff are the big oil companies.

Thanks to the Tar Sands Reality Check project for putting all these facts together, and getting them signed off by top experts.