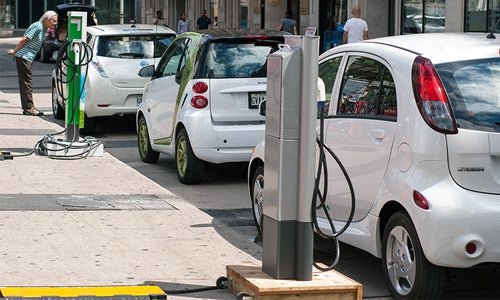 In 2015, the number of electric cars on the road globally passed the one million threshold for the first time.

The rapid growth of the industry means that it is now the only technology sector on track to meet the International Energy Agency’s (IEA) 2C scenario. 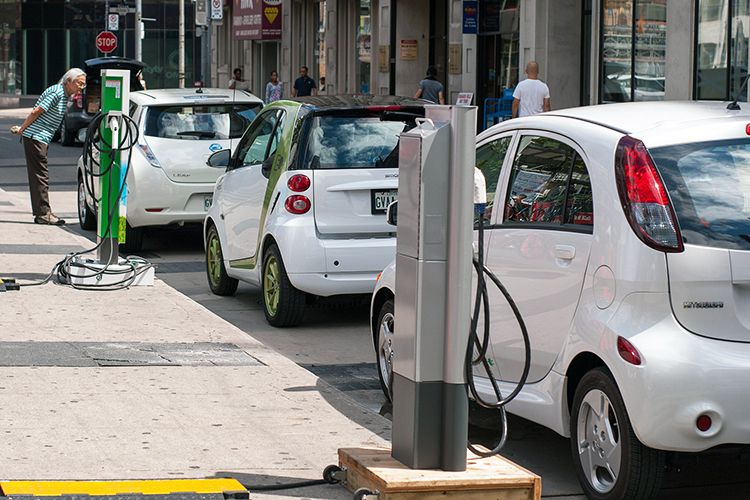 In 2015, the number of electric cars on the road globally passed the one million threshold for the first time. Photo credit: Wikimedia

This is the conclusion of the IEA’s Energy Technology Perspectives 2016 report, which it released on Wednesday. This is the latest edition of their annual progress review of the technologies that will determine the rate of global emissions, including renewables, nuclear, CCS and coal.

Last year’s report, covered by Carbon Brief, painted a bleak picture. It deemed that none of the 19 technologies it tracks had made the necessary progress to limit global temperature rise to below 2C. It said that five technologies were off track, while the remaining 14 were failing to improve fast enough.

One year on, its assessment is equally bleak. The number of technologies off track has risen to six, while 11 are failing to improve fast enough. Only electric vehicles have made to jump towards actually being on track to meet the 2C goal modeled by the IEA. 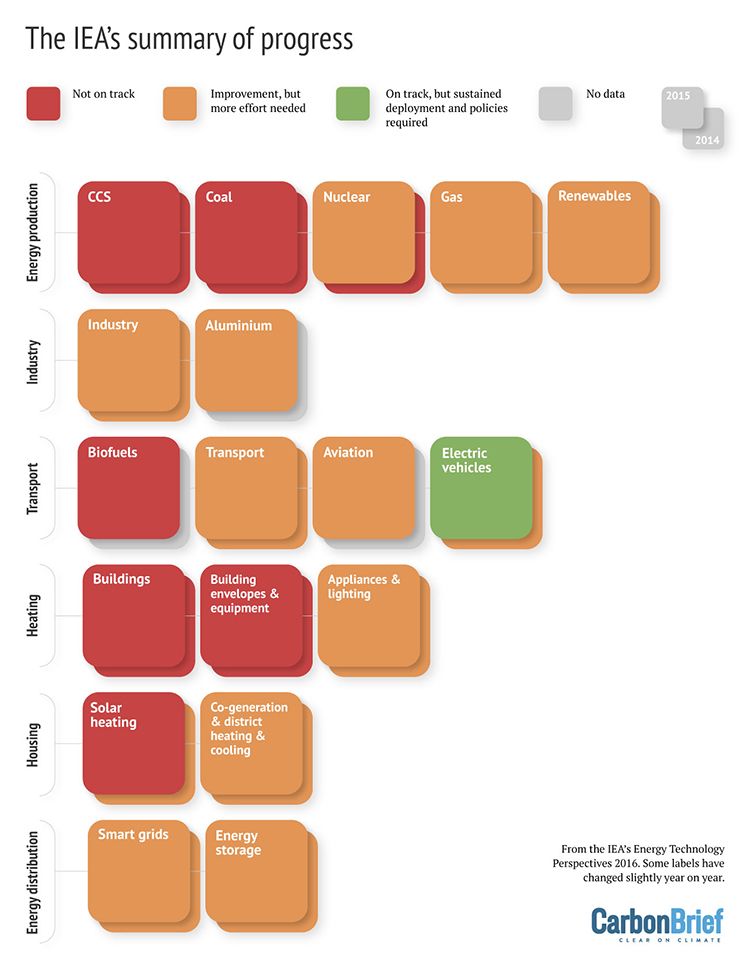 The IEA’s 2C scenario (2DS) sets out a pathway that would lead to a 50 percent chance of limiting global average temperature rise since the preindustrial era to 2C. This means cutting CO2 emissions almost 60 percent by 2050 compared to 2013 levels.

This scenario—as is also the case for its 4C and 6C scenarios—includes milestones for energy supply, buildings, industry and transport. Emissions reductions across all these sectors, it says, are vital for hitting the 2DS, as the graph below illustrates.

Global emissions reductions required across various sectors in order to reach interim 2025 targets that will lead to a 50 percent chance of staying below 2C. Source: IEA Energy Technology Perspectives 2016.

Its models are a combination of forecasting to reflect near-term trends and “backcasting” to develop plausible pathways to the long-term outcome. The report then ranks progress based on how far each technology or sector is from its interim target for 2025 under the 2DS.

In an interview with Carbon Brief, the IEA’s chief economist Laszlo Varro said:

This growth in electric cars has been helped by a simultaneous boom in public charging infrastructure, with the installation of fast DC chargers growing by 350 percent in China alone in 2015. This expanding network, along with improvements in driving range, are helping to narrow the gap between electric and conventional cars and may foster broader adoption, the IEA says.

While the growth in electric cars is promising, the IEA emphasises that everything is interlinked. “Decarbonisation of electricity must accompany the push to electrify transport in the 2DS,” it says.

This is why the IEA insists on seeing the system as a whole within its scenarios. The 2C target cannot be hit unless there is also swift progress on renewable, nuclear, gas and coal-fired power, where the news is less positive. CCS and energy storage could also have an important role to play in a decarbonized power sector.