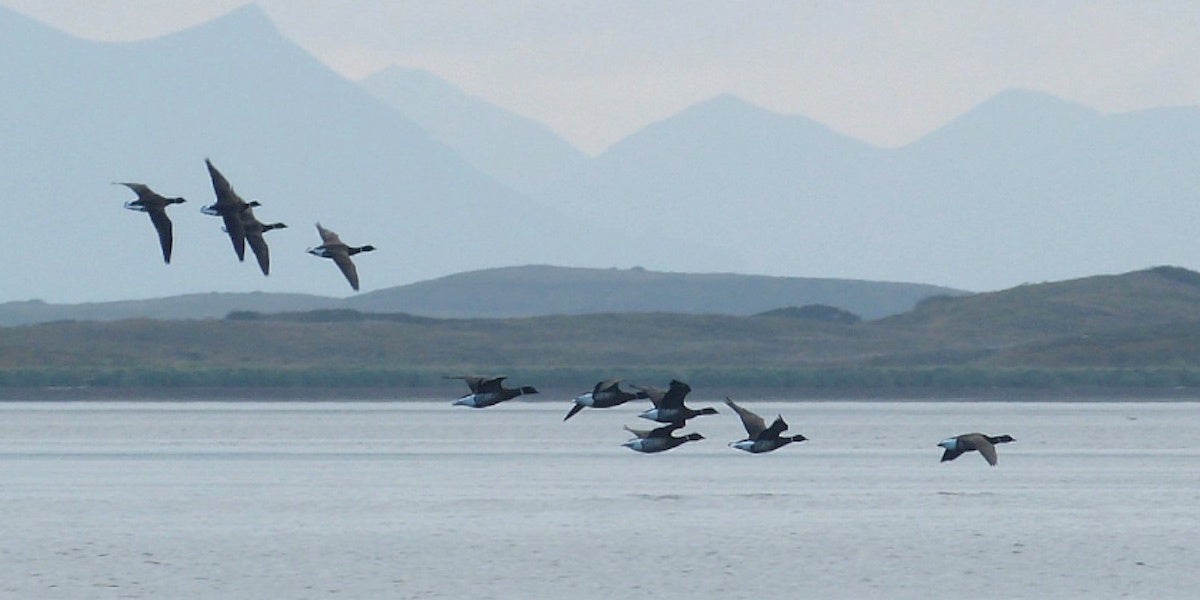 Ryan Zinke‘s Interior Department is working behind the scenes to build a controversial and long-contested road through the heart of Alaska’s Izembek National Wildlife Refuge, documents show.

The refuge was established more than 30 years ago to conserve wetlands and habitats for migrating birds, brown bears and salmon and other wildlife. 300,000 of its 315,000 acres has been designated as Wilderness in 1980 under the Alaska National Interest Lands Conservation Act.

The proposed 11-mile road would essentially bisect Izembek to connect the towns of King Cove, population 989, and Cold Bay. Proponents, including Alaska Gov. Bill Walker, say the road is needed for medical emergency evacuations, as King Cove’s airport is inaccessible during inclement weather, forcing residents to use boats or helicopters.

But refuge advocates fear the road would disrupt critical wildlife habitat and set a precedent to open wildlife refuges, national monuments, wilderness areas and other public lands to economic development.

The Center for Biological Diversity, the National Wildlife Refuge Association, and other environmental organizations have also warned that the project is about “privatizing public lands for profit from a seafood venture.”

The Obama administration shelved the King Cove road project years ago after then-Interior Secretary Sally Jewell decided after a 2013 visit to the refuge that building a road would “cause irreversible damage not only to the Refuge itself, but to the wildlife that depend on it.”

In June, however, Zinke’s Interior department issued the state permission to survey a route for the road. Then in July, the House of Representatives voted along party lines to authorize a land swap between Alaska and the federal government to build the one-lane road. Sen. Lisa Murkowski (R- Alaska), who has long fought for the road, introduced a Senate version of the bill that is still pending.

Now, a new report from the Washington Post suggests that the Trump administration is making the issue a top priority and has taken steps to hide discussions from the public.

According to the Post’s report:

Those documents, primarily internal agency emails, reveal how much discussion is intentionally taking place out of public view as federal, state, local and tribal officials work to approve a land exchange. Were the targeted terrain owned by the King Cove Corporation, that would clear the way for construction through the refuge to join up roads on either side.

The documents from the U.S. Fish and Wildlife Service make clear that Interior Secretary Ryan Zinke has elevated the issue to one of the agency’s top priorities, and his appointees have taken deliberate steps to conceal the plan from the public.

At one point, a refuge official relayed his conversation with a department attorney about questions Zinke raised over public review of agency action related to Alaska’s survey of a possible road through Izembek.

“He indicated the Secretary would like to see folks on the ground doing the survey in the next couple of days,” the official emailed colleagues. “He did not seem to [sic] excited about the direction that it was going out for public comment.”

The documents were obtained by Defenders of Wildlife under the Freedom of Information Act.

“These records expose yet another of Secretary Zinke’s secretive, backroom deals to sell off and sell out our public lands and wildlife,” said Jamie Rappaport Clark, president and CEO of Defenders of Wildlife. “We will not stand by and watch while some of the most important wildlife habitat on the planet is sacrificed for surreptitious commercial interests. If this proposal, which reflects a terrible abuse of power, is successful in Izembek, then none of our public lands, waters and wildlife will be safe.”

“This is an appalling move by the Trump administration to bypass the public process and cut a sneaky, backroom deal that not only would harm Izembek Refuge, but will threaten all of our nation’s refuges, public lands, and many of our bedrock environmental laws,” Whittington-Evans said. “This proposed road is an economic-development project for the community of King Cove, and taxpayers should be outraged at this secretive attempt to gut a globally important wildlife refuge—which belongs to all Americans—by transferring public lands to private ownership.”

“The Izembek land exchange and road proposal have been considered many times—most recently through an exhaustive, scientific study by the U.S. Interior Department, which determined that the road should not be built and that it would harm the very species the refuge was established to protect,” Whittington-Evans added.

“The Army Corps of Engineers in 2015 issued a report emphasizing that several alternatives to a road would effectively meet the emergency needs of King Cove residents. If this were about medical evacuations, as road proponents claim, the government should be talking about other options that would result in faster and more reliable transportation, instead of conspiring to strip protections from the Izembek refuge.”