‘This Is Zero Hour’: Youth-Led Marches Across the Globe Demand Immediate Climate Action 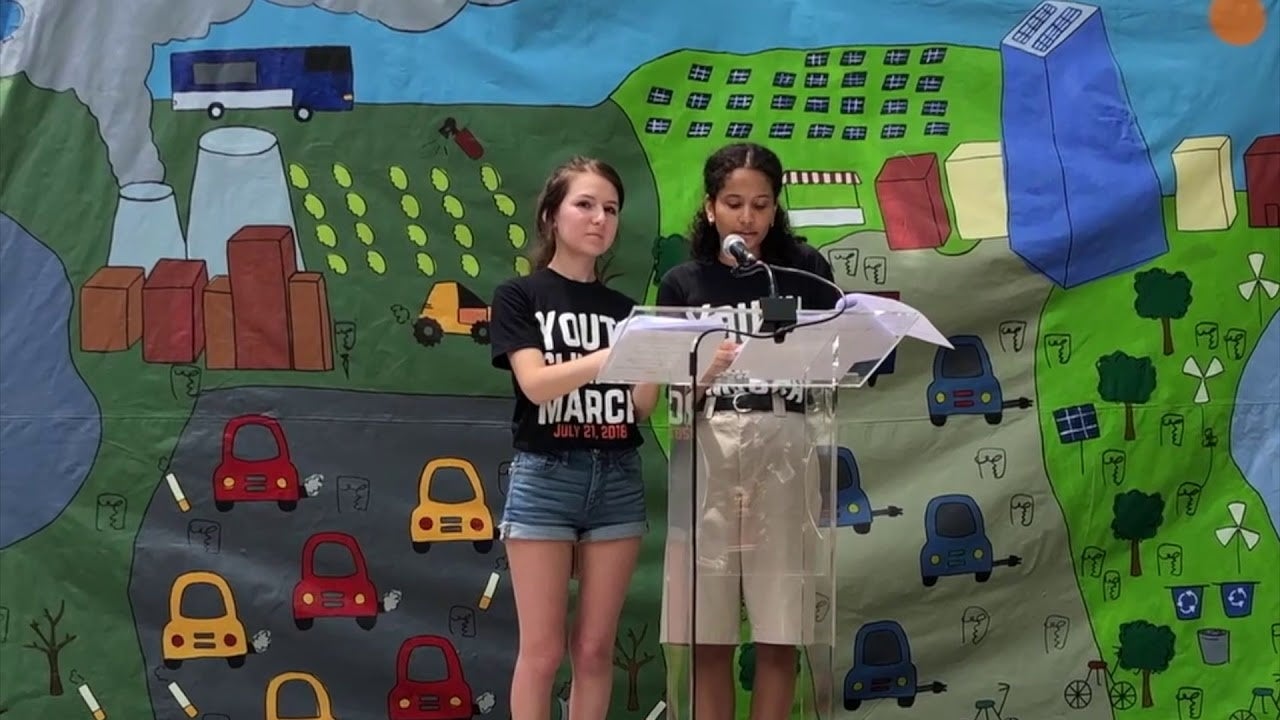 Declaring that climate change is “an issue of survival” that must be confronted with urgency, young activists across the globe on Saturday kicked off three days of marches and demonstrations to pressure elected officials to “reject the corrupting monetary influence of fossil fuel executives,” ban all new dirty energy developments, and safeguard the planet for both its current inhabitants and future generations.

“Climate change is our last chance to either fix colossal systems of inequality and emerge as a more efficient, better equipped society as a whole, or reach a chaotic state where your privilege ultimately decides if you live or die,” said 16-year-old climate activist Ivy Jaguzny ahead of Saturday’s events, which are expected to take place “in cities from Washington, DC to Butere, Kenya.“

“This isn’t something that’s going to affect us 70, 80 years in the future,” added Talia Grace, social media director for Zero Hour, the movement behind this weekend’s mass actions. “This is going to affect us. Our futures, our careers, our lives.”

Sick of inaction on climate change, youth are organizing the Zero Hour Climate March this Saturday to get dirty money out of politics and fight for climate justice#ThisIsZeroHour @ThisIsZeroHour #climatechange pic.twitter.com/GK6miTTYpB

“This Is Zero Hour,” the slogan and label of the worldwide marches, is aimed at clearly articulating the necessity of immediate and bold climate action as warming global temperatures continue to spark extreme weather events and wreak havoc, disproportionately inflicting irreversible harm on the poorest nations and most vulnerable communities.

A year of relentless organizing and planning in the making, the three days of action beginning Saturday are bolstered by a detailed and ambitious platform (pdf) that calls on political leaders to:

“Kids are suing the government, we’re marching, we’re lobbying, we’re just pretty much just getting down and just begging them: Can I not have a world that’s totally falling apart?” Jamie Margolin, a 16-year-old environmentalist, told the Huffington Post.

“Everything is on the line, so it’s very hard to plan your future assuming that everything is going to be the same when you know it’s not,” Margolin added. “It’s really scary, especially for a young person who is looking into what I want to do with my life … I just want to have a world to grow up in where I can live my life and not have to worry about such existential fears.”

Thank you to the young people leading the fight to put people over profits and transform our energy system away from fossil fuels to renewable energy. When we stand together, we can overcome the power of the fossil fuel industry. #ThisIsZeroHour #YouthClimateMarch

Early Saturday, speeches and marches began to kick off in Trafalgar Square in London:

#ThisIsZeroHour Proud to join my son and other NYC youth in the fight to save our planet! pic.twitter.com/yPBBqgUA5L

The Youth Climate March, also dubbed the #ThisIsZeroHour march, is beginning on Grant Street in Downtown Pittsburgh now. Despite rain and wind, the marchers unfurled a large banner asking Mayor Peduto to stand against the Shell Cracker plant.@PittsburghPG pic.twitter.com/y3Sdf7UJzV

Thank you @repdinatitus for your leadership in Congress to support environmental justice issues, and supporting #Nevadans. We appreciated your speech at today’s @ZeroHourVegas Climate Rally! ☀️@ThisIsZeroHour #ThisIsZeroHour 🌿 pic.twitter.com/znHEhfiVMW

This is the start of the ⁦@ThisIsZeroHour⁩ March heading to Justin Herman Plaza #YOUTHCLIMATEMARCH pic.twitter.com/5dAl94bzL3

These kids are out here fighting for climate action. Will you support them? #YOUTHCLIMATEMARCH #ThisIsZeroHour #Vote pic.twitter.com/7WVSZbBjgH