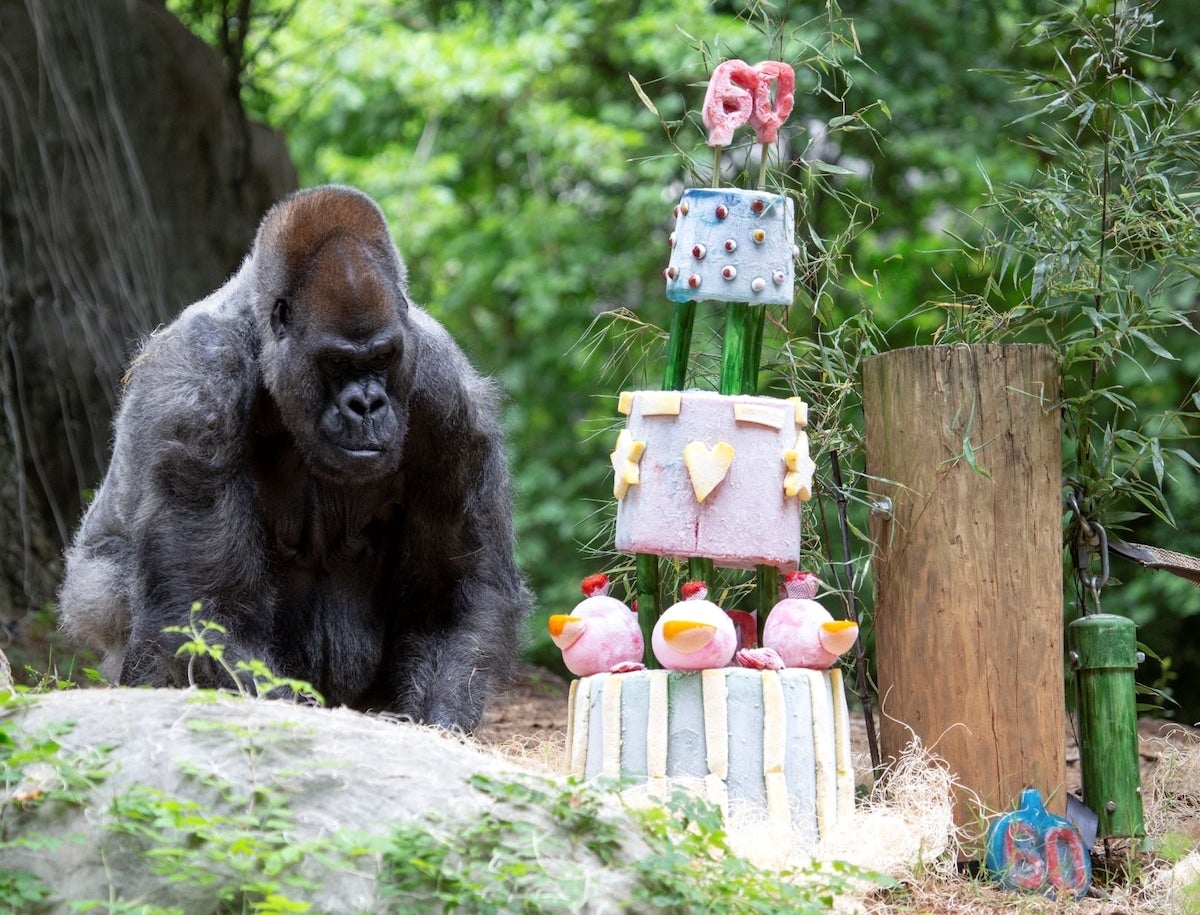 Ozzie, the oldest male gorilla and third-oldest gorilla in the world, died at Zoo Atlanta on January 25, 2022. He was 61. The cause of death has yet to be determined, zoo officials have announced.

Starting Thursday, January 20, the Animal Care and Veterinary Teams at Zoo Atlanta noticed that Ozzie showed signs of a decrease in appetite and required supportive care to eat and drink. By Monday, January 24, the care team began treatments as the gorilla showed various symptoms, including facial swelling, weakness and inability to eat or drink. Zoo officials found the deceased gorilla on Tuesday.

“This is a devastating loss for Zoo Atlanta. While we knew this time would come someday, that inevitability does nothing to stem the deep sadness we feel at losing a legend,” said Raymond B. King, president and CEO of the zoo. “Ozzie’s life’s contributions are indelible, in the generations of individuals he leaves behind in the gorilla population and in the world’s body of knowledge in the care of his species. Our thoughts are with his care team, who have lost a part of their lives and a part of their hearts.”

Ozzie joined Zoo Atlanta in 1988 and has made history again and again, becoming a global icon. In 2009, at the age of 48, he was the first gorilla ever to participate in a voluntary blood pressure reading. Gorillas are considered geriatric after the age of 40.

The cause of death is unknown. The University of Georgia Zoo and Exotic Animal Pathology Service in the College of Veterinary Medicine, in partnership with Zoo Atlanta, will perform a necropsy to determine the cause. Once known, Zoo Atlanta plans to announce the cause of death.

Western lowland gorillas, like Ozzie, are critically endangered due to poaching, habitat loss, and disease. In a 25-year period, the population of this species has decreased by 60 percent due to these threats, according to the International Union for the Conservation of Nature (IUCN). In some parts of western Africa, Western lowland gorilla numbers have declined as much as 90 percent.

Ozzie’s death shortly follows the death of another geriatric gorilla at Zoo Atlanta, Choomba. Choomba, a 59-year-old female gorilla, died on January 13. She was the fourth-oldest gorilla in the world, right behind Ozzie. Ozzie and Choomba lived together at the zoo since their arrival in the 1980s.