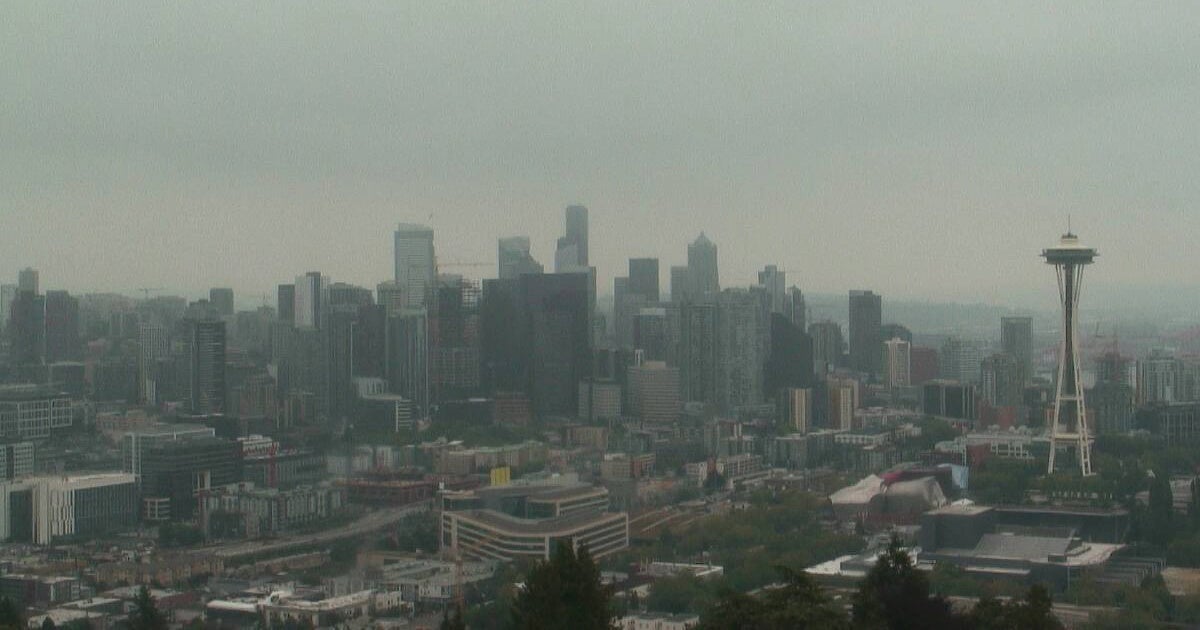 Unhealthy levels of air pollution caused by smoke from wildfires delayed flights and trash collection in parts of Washington state Sunday and Monday.

The city of Spokane in Eastern Washington had the worst air quality in the country Monday morning, according to measurements by the U.S. Environmental Protection Agency (EPA), The Spokesman-Review reported.

The EPA measured the city’s air as 382 on a 500 point scale air quality index scale 6 a.m. Monday, clearly in the worst, “hazardous” air pollution category. The city has delayed trash collection in some areas till Tuesday to limit the time city employees spend outdoors.

At 257, the Spokane Regional Clean Air Agency 24-hour average air quality index Sunday was the worst it has been since record-keeping began in 1999, surpassing last year’s record set Sept. 7.

“Wildfire smoke has the potential to significantly impact air quality, as we’ve seen over the past few summers,” Spokane Clean Air Executive Director Julie Oliver said in a statement reported by Newsweek. “Smoke is a mix of gases and fine particles. The severity of its impact depends on weather patterns. If the air isn’t moving, the concentration of fine particles increases.”

In addition to delaying trash pick-up, the polluted air has also brought summer activities to a stand-still, closing the city’s athletic fields, aquatic centers and park attractions and prompting the cancellation of sports camps and the Riverfront Eats lunch-time food truck event scheduled for Tuesday, The Spokesman-Review reported.

Across the mountains, in Western Washington, air quality was also impacted, with some cities and towns around Puget Sound, such as Tacoma, Auburn and Port Angeles, reporting air quality levels of “very unhealthy,” while other sites had air deemed either “unhealthy” or “unhealthy for sensitive groups,” KOMO News reported.

The smoke and haze was so thick they delayed flights at Seattle-Tacoma International Airport, Newsweek reported.

“Travelers be aware that smoke in the air is causing delays in flight traffic at Sea-Tac due to low visibility. Check ahead with your airlines for potential delays,” the airport tweeted Sunday.

Travelers be aware that smoke in the air is causing delays in flight traffic at Sea-Tac due to low visibility. Check ahead with your airlines for potential delays. pic.twitter.com/nrvW85G809

The region can expect some relief when marine air blows in mid-week.

This is the second bout of smoke pollution for the state within a week’s time, as air quality last week in Seattle was worse than in Beijing on Wednesday, Aug. 15, King5 News reported.

Thirteen large fires have burned more than 211 square miles in Washington state this year, and the Seattle area is experiencing one of its hottest, driest summers on record, according to The Seattle Times.