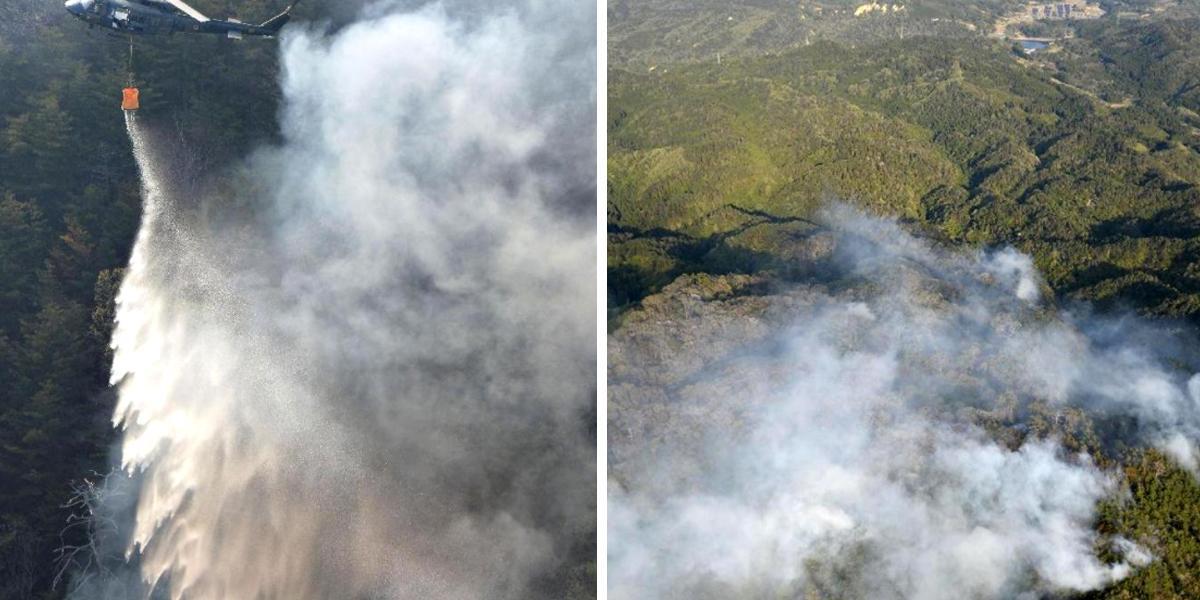 A wildfire broke out in the highly radioactive “no-go zone” near the crippled Fukushima nuclear power plant over the weekend, reviving concerns over potential airborne radiation.

Japanese newspaper The Mainichi reported that lightning was likely to blame for sparking the fire Saturday on Mount Juman in Namie, which lies in the Fukushima Prefecture and was one of the areas evacuated following the 2011 meltdown. The area continues to be barred to entry as it is designated a “difficult-to-return zone” due to continually high radiation levels.

Local officials were forced to call in the Japanese military, the Ground Self-Defense Force, to help battle the blaze, which continued to burn on Monday. At least 10 hectares of forest have burned so far.

“A total of eight helicopters from Fukushima, Miyagi and Gunma prefectures as well as the SDF discharged water on the site to combat the fire,” The Mainichi reported. “As the fire continued to spread, however, helicopters from the GSDF [Ground Self-Defense Force], Fukushima Prefecture and other parties on May 1 resumed fire extinguishing operations from around 5 a.m. [local time].”

An official with the Ministry of the Environment said Monday that there have been “no major changes to radiation levels” in the region, according to the newspaper, but added that they will “continue to closely watch changes in radiation doses in the surrounding areas.”

In a blog post last year, Anton Beneslavsky, a member of Greenpeace Russia’s firefighting group who has been deployed to fight blazes in nuclear Chernobyl, outlined the specific dangers of wildfires in contaminated areas.

“During a fire, radionuclides like caesium-137, strontium-90 and plutonium rise into the air and travel with the wind,” Beneslavsky wrote. “This is a health concern because when these unstable atoms are inhaled, people become internally exposed to radiation.”

Contaminated forests such as those outside fallout sites like Fukushima and Chernobyl “are ticking time bombs,” scientist and former regional government official Ludmila Komogortseva told Beneslavsky. “Woods and peat accumulate radiation,” she explained, “and every moment, every grass burning, every dropped cigarette or camp fire can spark a new disaster.”