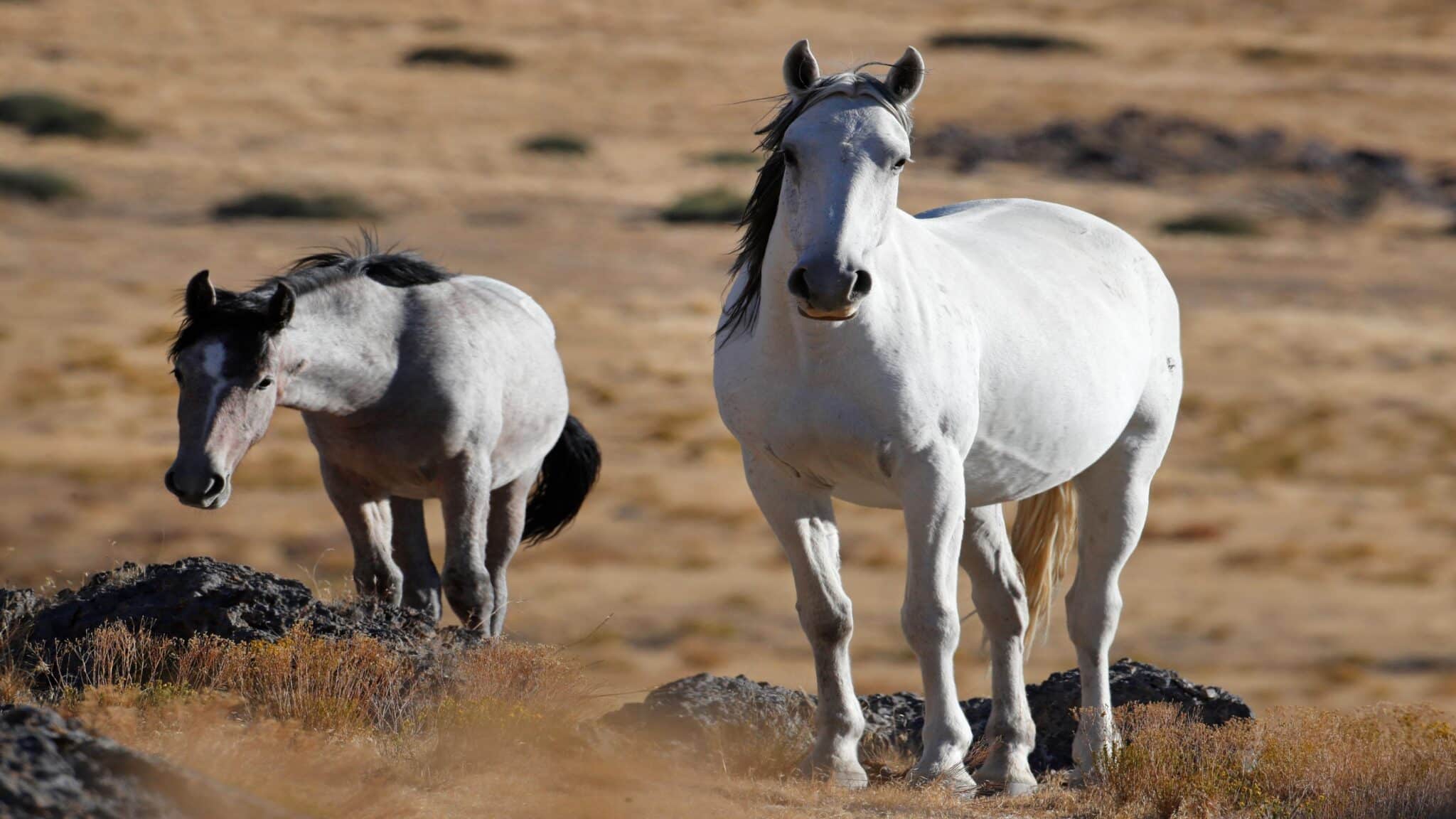 The plight of the roughly 95,0000 wild horses that roam public lands across the Western United States is both complicated and controversial. This year, unprecedented widespread drought is exasperating the issues the horses face.

Because they have no natural predators, wild horse and burro populations in the U.S. can double every four years, quickly outgrowing the landscape and food systems that support them, according to the Bureau of Land Management. Capturing the horses, sterilizing them, and then returning them to public lands has long been the way land managers keep wild horse populations in check.

Officials have already rounded up 1,200 wild horses this year, with an original goal of 12,000 for the year. But a recent push to increase that number by 50 percent means about 6,000 additional animals primarily in Nevada, Oregon and Colorado, making for around 18,000 across 10 states from California to Montana this year. The roundups are slated to continue through September, Newsweek reported.

Emergency roundups will begin Sunday in Oregon and Monday in Nevada and will focus on places where “chronic overpopulation already has stretched the available food and water to its limits,” the Bureau of Land Management said in a statement.

Reducing overpopulation will “achieve healthy, sustainable herd sizes that are more capable of withstanding severe conditions, including prolonged drought, which are becoming more frequent due to climate change,” Nada Wolff Culver, the BLM’s deputy director for policy and programs, said Monday, according to The Associated Press.

However, horse advocates say the emergency captures are being driven by pressure from ranchers who graze livestock on public lands. They say the ranchers don’t want the wild herds competing with their livestock for limited food and water, said The Associated Press.

Kaitlynn Glover, executive director of resources at the National Cattlemen’s Beef Association, said some ranchers have already made voluntary changes to reduce grazing on fields. She called this year’s drought “more pervasive and dramatic than we have seen in years,” The Associated Press reported.

“These removals are critical for the horses as well as the health of the rangelands,” she said in an email to The Associated Press. “Even in times where resources are plentiful, these overpopulated herds cause serious damage to the landscape.”