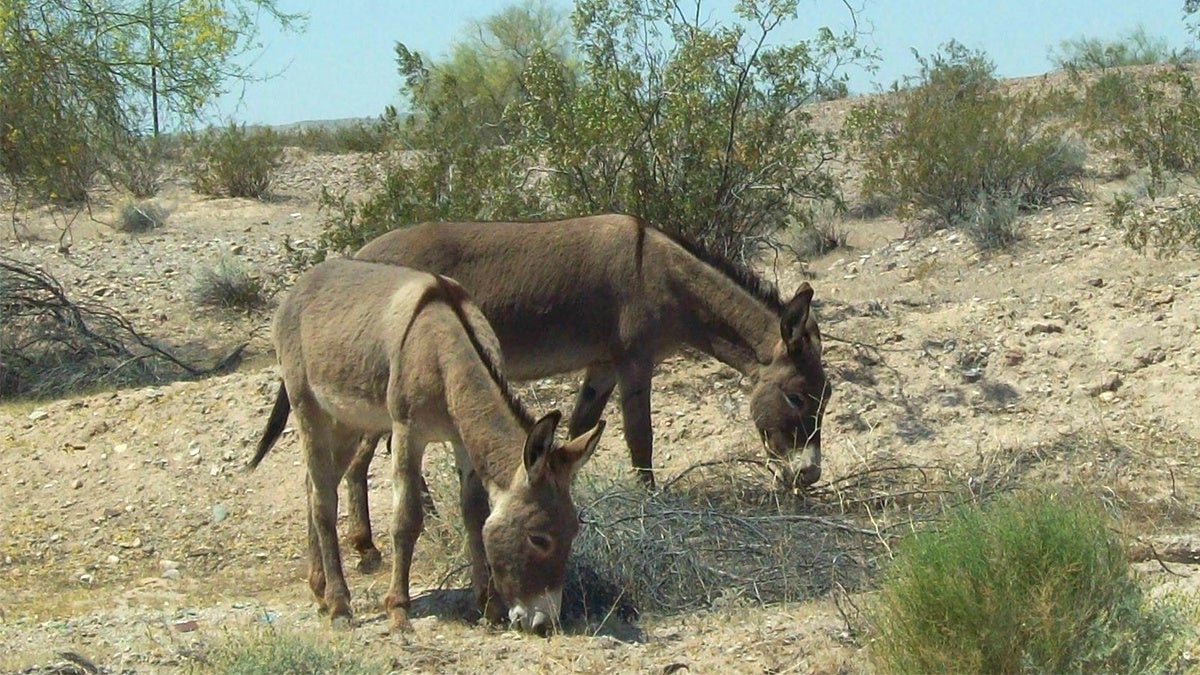 42 Wild burros like these have been found shot dead in the Mojave Desert since May. Bureau of Land Management

Someone is shooting the Mojave Desert’s iconic wild burros, in what officials say is one of the largest killings of its kind on land managed by the U.S. Bureau of Land Management (BLM) in Southern California, The Los Angeles Times reported.

The bodies of 42 burros have been found shot dead since May in San Bernardino County, The Washington Post reported. As of Wednesday, the BLM and animal rights organizations had assembled nearly ,000 in reward money for any information leading to the arrest of the killer or killers.

“The cruelty involved in shooting these burros and leaving them to die warrants prosecution to the fullest extent of the law,” BLM’s Deputy Director for Policy and Programs William Perry Pendley said in a statement Wednesday. “We thank the animal welfare groups for adding their voices to those organizations who value these iconic symbols of the West.”

The animals targeted are part of a population of 120 that lives in the Clark Mountain Herd Area, BLM spokeswoman Sarah Webster told The Washington Post, meaning one third of that group has been massacred this spring and summer. Many of the killings appear to have been made at a distance with a rifle aimed at the burros’ necks, Webster said. In one incident, both foals and adults were killed as they drank from a watering hole.

“I’ve been told that at least one of the burros was still alive when it was discovered by a passerby. But it succumbed to its injuries by the time BLM investigators arrived on the scene,” Neda DeMayo, president of the nonprofit Return To Freedom, which has put ,000 towards the reward, told The Los Angeles Times. “It’s all so unbelievable. Crazy. Hostile. Cruel.”

The total list of groups who have pledged money for the now ,500 reward are:

Burros evolved in North Africa and were first brought to North America by the Spanish, where they became important pack animals in the U.S. West for early European explorers and Gold Rush miners, according to The Washington Post.

They were replaced by cars in the 1920s and 30s and left to fend for themselves in the Southwest, The Los Angeles Times reported. They succeeded in the Mojave Desert, with their populations doubling every four to five years. But they did become targets for killings that had gotten so excessive by the 1950s that the Society for the Prevention of Cruelty to Animals called for legislation to protect them.

Since 1971, they have been protected by the Wild Free-Roaming Horses and Burros Act. Anyone caught killing, capturing or harming a burro now faces a fine of up to ,000 or up to a year in prison per count. If one person is responsible for all 42 deaths this year, they could face 42 years in prison, The Washington Post reported.