Why Parts of the World Are Experiencing Record-Breaking Rainfall 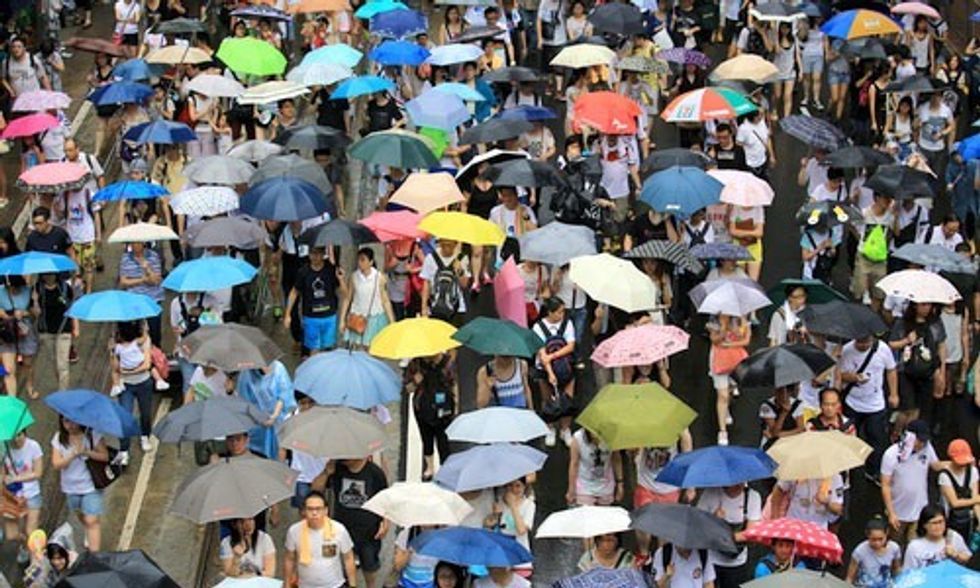 If you think you’re getting an unusually hard soaking more often when you go out in the rain, you’re probably right.

A team of scientists in Germany says record-breaking heavy rainfall has been increasing strikingly in the last 30 years as global temperatures increase.

“One out of 10 record-breaking rainfall events observed globally in the past 30 years can only be explained if the long-term warming is taken into account,” says co-author Dim Coumou, a PIK researcher into the links between atmospheric circulation and extreme weather events.
Lewis Tse Pui Lung / Shutterstock.com

Before 1980, they say, the explanation was fluctuations in natural variability. But since then they have detected a clear upward trend in downpours that is consistent with a warming world.

The scientists, from the Potsdam Institute for Climate Impact Research (PIK), report in the journal Climatic Change that this increase is to be expected with rising global temperatures, caused by greenhouse gas emissions from burning fossil fuels.

Short-term torrential rains can lead to what the team calls “high-impact” flooding. For example, extreme rainfall in Pakistan in 2010 brought devastation that killed hundreds of people and led to a cholera outbreak.

Devastating floods in Pakistan in 2010 killed hundreds of people and led to a severe outbreak of cholera. Photo credit: Saleem Shaikh

In the same year, rainstorms in Texas caused dozens of flash floods. And no fewer than three “once-in-a-century” floods in Germany all happened in just a couple of years from 1997.

“In all of these places, the amount of rain pouring down in one day broke local records—and while each of these individual events has been caused by a number of different factors, we find a clear overall upward trend for these unprecedented hazards,” says the lead author, Jascha Lehmann, a PIK researcher into climate impacts and vulnerabilities.

Statistical analysis of rainfall data from 1901 to 2010, derived from thousands of weather stations around the globe, shows that from 1980 to 2010 there were 12 percent more of these intense events than would be expected in a climate without global warming. In the last year of the period the team studied, there were 26 percent more record-breaking daily rainfall events globally.

Not all parts of the world are experiencing a similar pattern of soaking. The PIK scientists found that—possibly not surprisingly—wet regions generally saw a bigger increase in deluges and drier regions a smaller one.

In southeast Asia, the observed increase in record-breaking rainfall events is as high as 56 percent, in Europe 31 percent, and in the central U.S. it is a more modest, but still worrying, 24 percent.

In marked contrast, some regions have experienced significantly fewer record-breaking daily rainfall events. In the Mediterranean, the reduction is 27 percent, and in the western U.S. it is 21 percent. Both regions are at risk from severe droughts.

The team says there is a simple scientific explanation for what they report. They compared their findings with existing knowledge about how much more water the atmosphere can store when temperatures rise, described by what they call the well-known Clausius-Clapeyron equation.

The scientists show that the observed increase in unprecedented heavy rainfall generally fits with this thermodynamically expected increase under global warming.

“One out of 10 record-breaking rainfall events observed globally in the past 30 years can only be explained if the long-term warming is taken into account,” says co-author Dim Coumou, a PIK researcher into the links between atmospheric circulation and extreme weather events. “For the last year studied, 2010, it is even one event out of four, as the trend is upward.”

There are, of course, qualifications to the broad picture. For instance, the scientists allowed for the fact that the quality of historic weather data differs from one place to another. Unsurprisingly, rainfall measurements from the Sahara desert are scarce, so the team avoids drawing conclusions for the region.

But rainfall in regions such as Europe and the U.S. has been carefully monitored for over a century, allowing the authors to draw conclusions with high levels of confidence

“The pronounced recent increase in record-breaking rainfall events is, of course, worrying,” Coumou says. “Yet since it is consistent with human-caused global warming, it can also be curbed if greenhouse gas emissions from fossil fuels are substantially reduced.”