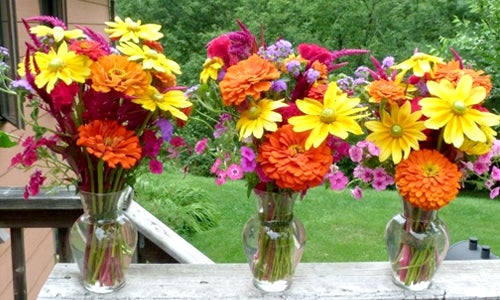 You may not realize it, but flowers are a part of the buy-local movement—and with good reason.

Seventy percent of the cut flowers sold in the U.S. are imported from Latin America. Though the hot climate is just what the flowers need, those constant high temperatures are also conducive to bugs and disease. Consequently, growers in Columbia, Ecuador and many other countries rely on pesticides that have long been banned in the U.S. to produce flowers worth selling in international markets. 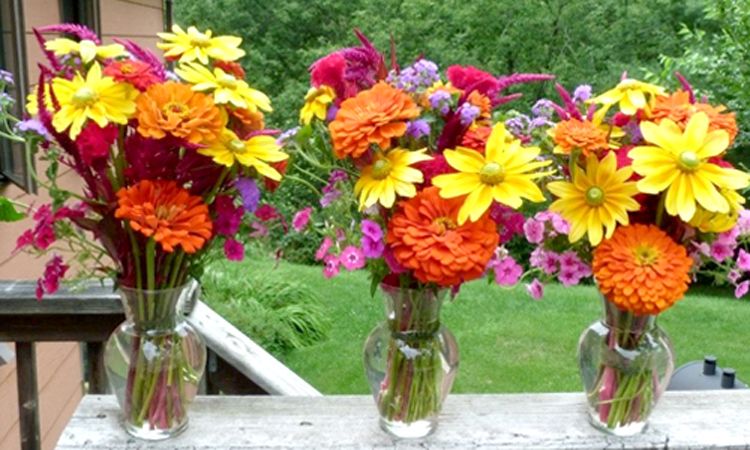 As with other crops, applying pesticides to flowers takes its toll on people, especially on mothers who work in the flower fields when they’re pregnant and unavoidably expose their fetuses to the toxic chemicals. Not only that, but researchers found that children whose mothers were exposed to pesticides during pregnancy tended to have higher blood pressure than unexposed children, increasing the chance of risk of cardiovascular disease later in life.

Consumers may be exposed to those chemicals as well. Roses can contain as much as 50 times the amount of pesticides legally allowed on the food we eat, reports the Environmental News Network. When flowers are imported into the U.S., they’re checked for bugs, but not for pesticide contamination. You could bring a lot of unwanted toxic chemicals into your home when you buy a bouquet produced outside the U.S., particularly when you stick your nose right into them.

Importing flowers from Latin America, Europe, Africa and even Australia and New Zealand has another significant environmental impact: climate change.

Blooms coming from south of our borders may be hauled in temperature-controlled trucks or perhaps flown from one continent to another, stored overnight in refrigerators, then driven on to various marketplaces. In a study done for Valentine’s Day, Flowerpetal.com, an online flower vendor, calculated that shipping 100 million roses around the U.S. generated some 9,000 metric tons of carbon dioxide (CO2). On the other hand, flowers grown in warmer clients do save the energy that might be consumed if the plants were raised in a northern greenhouse.

Still, if it’s possible to purchase flowers grown locally, overall, you’ll probably use less energy, suffer less pesticide exposure and funnel more money back into your local economy. The question is, where to find them?

Farmers Markets—In spring, summer and fall, most farmers markets teem with flowers grown nearby. Some farmers interplant their crops with flowers to attract beneficial insects that will prey on produce-devouring bugs. But other “flower farmers” grow both annuals and perennials as their crop. You can find the nearest source of local flower growers at LocalHarvest.org.

Your Own Yard—As long as you have adequate sunshine and water, you can grow many of the flowers you enjoy, including both perennials and annuals. Real Simple put together this useful guide on how to create a low-maintenance cutting garden that can help you get started.

A Community Garden—Don’t have your own yard? Don’t let that stop you. You can rent a plot of land in a community garden and plant to your heart’s content. The American Community Gardening Association makes it easy to find the nearest locale to you.

Garden Club Swaps—Join the local garden club, where you’ll end up swapping seeds and plants with other gardeners in your community. You’ll save money, get rid of your own excess plants, get access to new plants and keep the neighborhood green and in bloom.