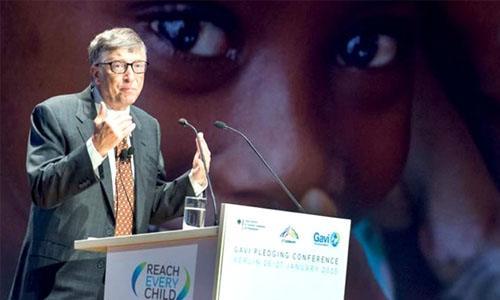 As the world’s political and economic elite gather to discuss their top concerns at the annual Davos summit in the Swiss Alps and with attention this week focused on the scourge of economic inequality, a new report begs questions about the potentially disastrous role the super-wealthy are playing when it comes to addressing key problems of global inequity, endemic poverty and international development. 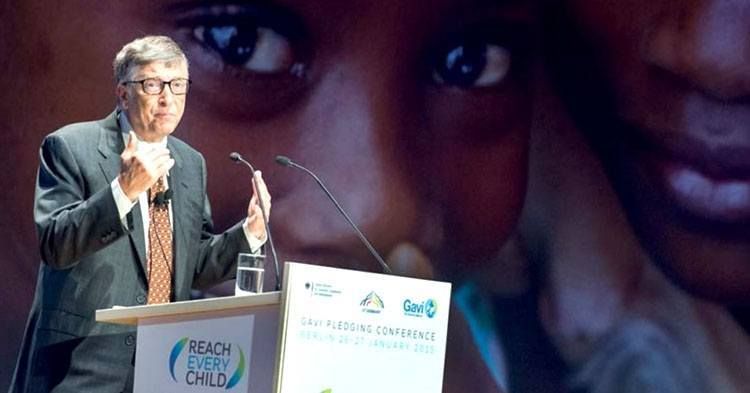 The Bill & Melidna Gates Foundation, argue its critics, is relentlessly promoting big business-based initiatives such as industrial agriculture, private health care and education. But many of these programs are actually exacerbating the problems of poverty and lack of access to basic resources that the foundation is supposed to be alleviating. Photo credit: Global Justice Now

Released on Wednesday, the study by the UK-based social justice group Global Justice Now takes a specific look at the impact of the world’s largest philanthropic charity, the Bill & Melinda Gates Foundation (BMGF), to assess how large-scale private giving may be “skewing” how international aid works. In its conclusion, the report argues that what may look like altruism on a grand scale may actually mask a sinister reality about how the billionaires of the world insulate their personal fortunes while using their out-sized influence to project their private ideologies and further financial interests. The result, the report suggests, is that many of the people and communities who such charities purport to be helping, may actually be worse off in the long run.

With more than $43 billion in assets, the Gates Foundation is often lauded as a global force for social good that uses its vast financial resources to launch initiatives and support existing projects in order to, according to its mission, “help all people lead healthy, productive lives.”

However, the new report—Gated Development: Is the Gates Foundation Always a Force for Good?—argues that regardless of good intentions or motivations, the foundation’s “concentration of power is undemocratically and unaccountably skewing the direction of international development” which in turn is “exacerbating global inequality and entrenching corporate power internationally.”

As Mark Curtis, lead researcher and author of the report, explains in the introduction:

“Analysis of the BMGF’s programs shows that the foundation, whose senior staff is overwhelmingly drawn from corporate America, is promoting multinational corporate interests at the expense of social and economic justice. Its strategy is deepening—and is intended to deepen—the role of multinational companies in global health and agriculture especially, even though these corporations are responsible for much of the poverty and injustice that already plagues the global south. Indeed, much of the money the BMGF has to spend derives from investments in some of the world’s biggest and most controversial companies; thus the BMGF’s ongoing work significantly depends on the ongoing profitability of corporate America, something which is not easy to square with genuinely realizing social and economic justice in the global south.”

Polly Jones, head of campaigns and policy at Global Justice Now, highlights why the foundation’s unique role as a private organization is so troubling when it comes to putting a check on its enormous influence on the world stage.

“The Gates Foundation has rapidly become the most influential actor in the world of global health and agricultural policies, but there’s no oversight or accountability in how that influence is managed,” argues Jones. “This concentration of power and influence is even more problematic when you consider that the philanthropic vision of the Gates Foundation seems to be largely based on the values of corporate America. The foundation is relentlessly promoting big business-based initiatives such as industrial agriculture, private health care and education. But these are all potentially exacerbating the problems of poverty and lack of access to basic resources that the foundation is supposed to be alleviating.”