'What the Pluck?' Asks Do You Know Where Conventional Down Comes From 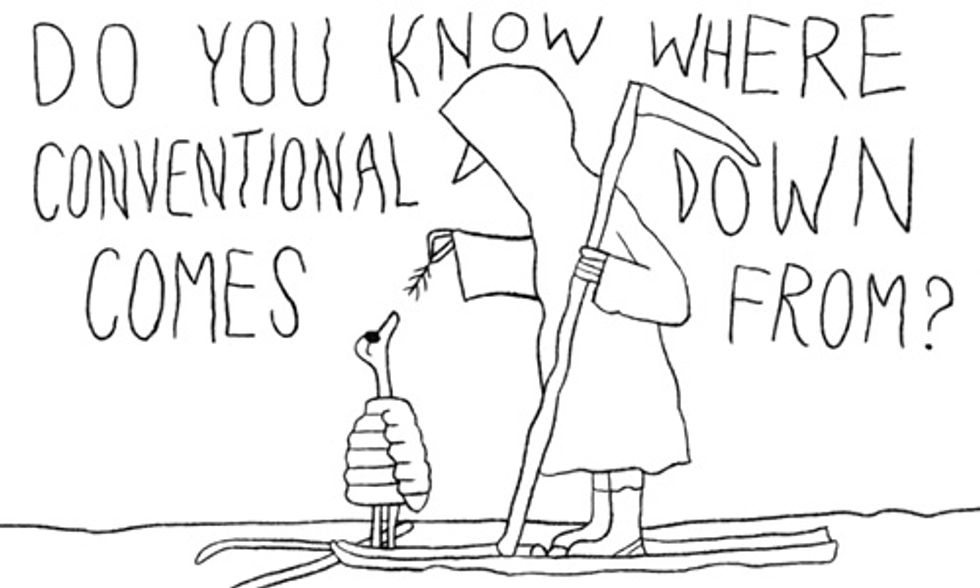 Back in 2010, animal rights watchdog group Four Paws contacted outdoor/activewear manufacturer Patagonia. It pointed out to the company—known for its commitment to social and environmental justice—that its down-filled garments were using down from birds that were not treated humanely. They contended that some of it came from birds force-fed to make foie gras, while others, used as breeding stock, had their down—the layer beneath their feathers—forcibly torn away, or live-plucked, instead of waiting for it to molt.

Patagonia's response started an arms race of sorts—but a good one. The company responded not with denial and excuses, but by developing what it calls its Traceable Down Standard (TDS). As of this fall, the company's products feature only 100 percent Traceable Down that never comes from live-plucked or force-fed birds. They've even made a short animated film explaining how it works.

Meanwhile, another outdoor gear manufacturer North Face began working with the Textile Exchange to develop the Responsible Down Standard (RDS). That standard will certify that down from geese that were neither force-fed nor live-plucked is incorporated into its down products by fall 2015, with a goal of 100 percent certification by 2017. The Textile Exchange administers the RDS so that it is available to any company manufacturing down products that wants to make use of it. Patagonia has made the TDS available to others as well.

“Our hope is that the collective use of the RDS will effectively promote positive animal welfare conditions and traceability in the down supply chain at a much larger scale than we could accomplish alone," said North Face's director of sustainability Adam Mott. "We firmly believe that by driving positive change across the global supply chain, the RDS will benefit the industry at large.”