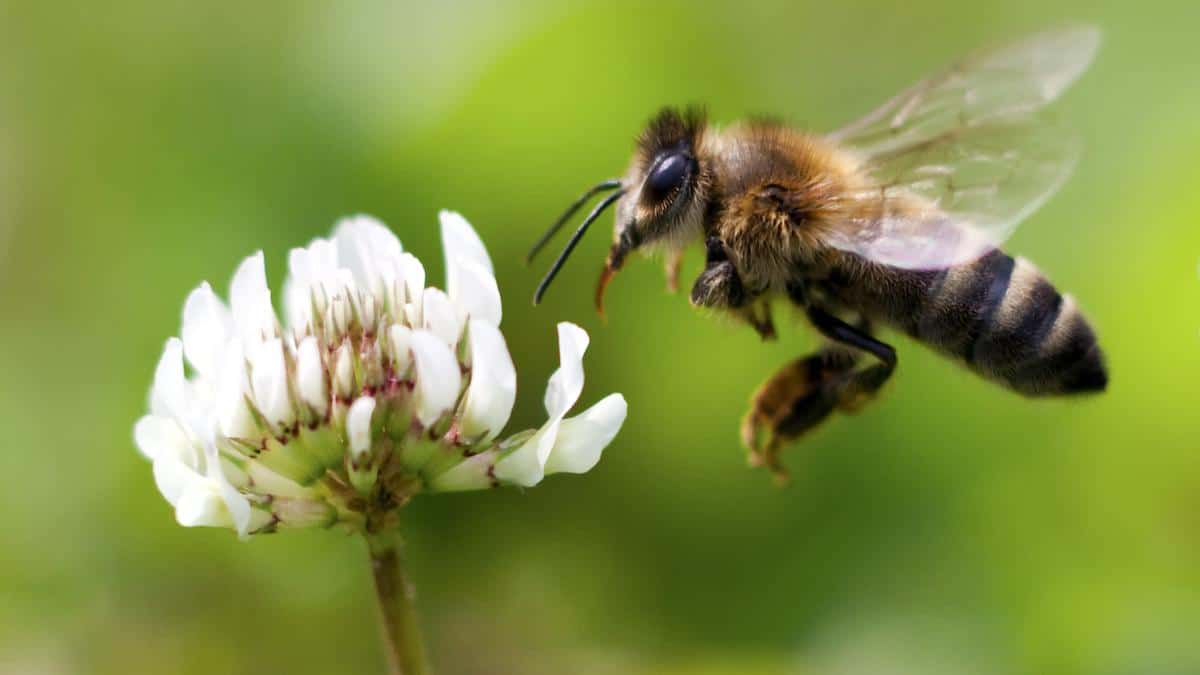 For decades, a hot topic in the world of western honey bees has been the question of where these essential crop pollinators and suppliers of most of the world’s honey originated.

The answer was previously believed to be Africa. But a team of scientists led by York University has reached a new conclusion after reconstructing the origin and dispersal pattern of the western honey bees. After sequencing 251 genomes of 18 subspecies from the bees’ native range and analyzing the genetic data, the team determined that the bees most likely originated in Western Asia rather than Africa.

“Our study answered a mystery in bee biology – where did the western honey bee come from? This topic has been intensely debated and recent studies were inconclusive,” said professor Amro Zayed, who teaches biology and serves as York University’s Research Chair in Genomics, in an interview with EcoWatch. “We sequenced the largest number of honeybee subspecies and our analysis indicated that the honey bee originated in Western Asia. We also discovered that the Egyptian honey bee – Apis mellifera lamarckii – is really distinct; its genome differs greatly from honey bees found in [Africa] and the Saudi peninsula.”

According to Zayed and the study’s co-authors, “The genus Apis is composed of 12 extant species that form three distinct groups: giant honeybees, dwarf honeybees, and cavity-nesting honeybees,” as reported by Science News.

“All but one of the extant Apis species are endemic to Asia. The exception, Apis mellifera, is native to Europe, Africa, and Western Asia,” Zayed and his colleagues said.

“By comparing how similar the bee genomes were to each other, the team estimated that the A. mellifera ancestor originated in Asia around 7 million years ago, then spread into both Africa and Europe around 6 million years ago,” Carissa Wong of NewScientist reported.

From its origins in Asia, the western honey bee spread into Africa and Europe, where it created seven distinct lineages that could be traced back to Western Asia, said York University in a press release, as reported by Phys.org. Being native to Africa, Asia and Europe, the honey bee has been able to survive in widely varied climates, from tropical rainforest to regions that are dry, temperate or cold.

“As one of the world’s most important pollinators, it’s essential to know the origin of the western honey bee to understand its evolution, genetics and how it adapted as it spread,” said Zayed, as reported by Phys.org.

“The genetic data allow us to draw an ‘evolutionary’ tree that connects the honey bee populations we see [today] to their ancestors that lived 5 to 10 million years ago before the western honey bee lineage split from its sister species,” Zayed told EcoWatch.

“We use the shape of the tree and the known geographic ranges of modern populations to infer where the ancestors of the western honey bee lived. We then compare the DNA of the different honey bee lineages to discover mutations that are mostly unique to specific lineages – these mutations are more likely to be involved in the adaptation of bee lineages to their local environment,” he added.

According to the study, there are “hot spots” in the genome of the honey bees that support their ability to adapt to new areas. Just 145 of the over 12,000 genes in the bee genome had “repeated signatures of adaptation associated with the formation of all major honey bee lineages found today,” according to Phys.org.

“These genes tended to affect development and behaviour, and tended to be expressed in worker bees. This suggests that mutations that affect worker traits and behaviour are key for helping the honey bee adapt to different environments across their vast range,” Zayed told EcoWatch.

The new honey bee data can be used to help protect the species in the future.

“The genomic data generated here can be used to define and protect native honey bee subspecies in Africa, Asia and Europe – some of these subspecies are at a great risk of ‘extinction-via-introgression’; essentially, managed honey bees in most parts of the world are typically a mix of European lineages, which can hybridize with pure subspecies and ‘dilute’ their purity,” remarked Zayed to EcoWatch.

“We can also apply our knowledge of the mutations that allow native bees to adapt to their environment to improve the fitness of managed bees, by – for example – using marker-assisted breeding,” he added.

With the mystery of the origin of the western honey bee solved, the research team hopes that future exploration can examine further how they came to adapt to particular geographic ranges and climates.

“We are in the process of combining our population genomic studies with [quantitative] genetic studies of managed honeybees. We are trying to directly identify mutations that affect the behaviour and health of honey bee colonies to understand the genetic and evolutionary basis of ‘super organismal’ traits,” Zayed told EcoWatch.