Watch This Eagle Snatch a Drone in Mid-Air 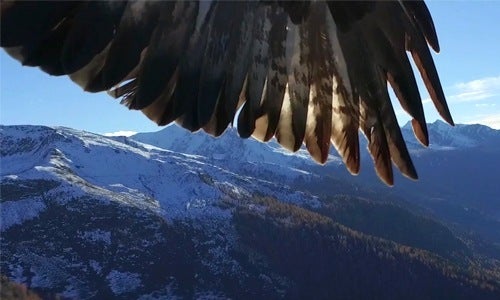 Drones and GoPros are great for capturing rare footage, from images of the Grand Canyon and the world’s most active volcano to aerial footage of environmental destruction including rainforest destruction and Greenland’s melting glaciers.

But can you imagine what might happen if you lost control of your device in the wild? YouTube user Patrick Pircher found out while attempting to capture drone footage of beautiful scenery. His DJI Phantom 3 drone was hijacked out of nowhere by two eagles.

In August, a wedge-tailed eagle in Australia took down another drone in mid-air:

Concerns over birds being hurt led the U.S. National Park Service to ban drone use inside national parks.