Vintage Clothing: Good for the Planet and Your Pocketbook 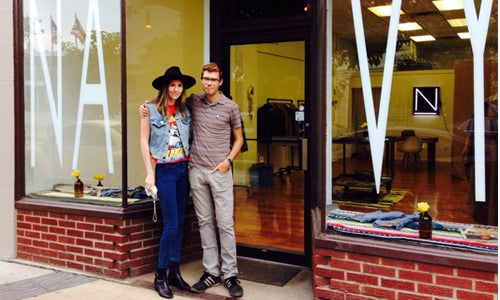 Anna LaPlaca is a second-year undergraduate student at the University of California, Los Angeles with an interest in sustainability and eco-conscious living.

In our busy lives, it’s often hard to remember your commitments to sustainable living, however earnest they may be. You may consciously know that certain lifestyle choices are better than others, but when it comes to putting these moral values into practice, the reality can be much easier said than done.

Our entire society has been rooted in the consumerist culture that more is more and less is a bore. So if you feel connected to living sustainably and lowering your carbon footprint, consider simply changing which stores you shop at. And I don’t mean grocery stores. The clothing stores we choose to shop at can have just as much an impact (or lack thereof) on the environment. 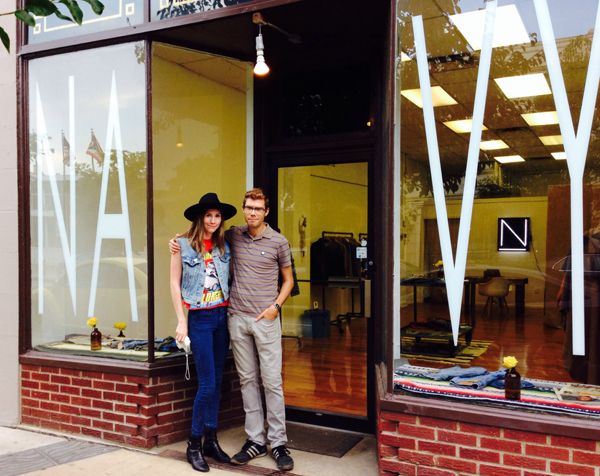 As Americans, we spend an alarming amount of money on new clothes every year. But what if there was a way to recycle our clothes and cut down on clothing waste in a major way? The answer lies in vintage and up-cycled clothing.

By offering a pop-up shop curated with vintage luxury items, owner and Cleveland native Mary Peffer is working to bring sustainability to the consumer level. Peffer’s shop, NAVY Project is a sub-project of her LA-based public relations firm, Navy PR. I caught up with Peffer to discuss the roots of this innovative project and its deep connection to sustainability.

AL: What is the pop-up shop all about?

MP: The PRoject is a division of our PR company NAVYPR based in LA. We wanted to bring our appreciation for luxury vintage to emerging markets at an accessible price point.

The Detroit storefront is the temporary home to classic androgynous runway trends rooted within rare vintage garments. Apparel within the 600 sq. ft. shop is not gender specific and is priced under $100.

AL: What led you to base this project in your hometown of Cleveland?

MP: I lived in Cleveland for 18 years. It’s a city that’s always been heavy in music, art, and fashion culture. Being surrounded by that in my formative years my sister-in-law, Melinda, and I naturally looked to the city to launch the PRoject, but it really clicked for us when Cleveland became the center of national news stories with LeBron James confirming a move back to Cleveland, The Gay Games hosted for the first time in the city, and the Republican National Convention slated for later in the year. We want to do all we can to keep the momentum of this amazing city moving forward.

AL: How do you think sustainability can be applied to the world of fashion and retail?

MP: I think it’s great when you see a company really investing in the education and practice of sustainability. When I worked at Yves Saint Laurent I was the leader for Corporate Social Responsibility measurement and education on the U.S. side. I realized during that time, most individuals want to help wherever they can, they just need the proper resources and guidance on how to contribute and understand impact at a micro level. Education is key.

Melinda and I read recently, “the average American throws away more than 68 pounds of textiles per year. We’re not talking about clothing being donated to charity shops or sold to consignment stores, that 68 pounds of clothing is going directly into landfills.”

It’s jarring to think about.

The brand Reformation is an excellent role model when it comes to up-cycling current fashion. The founder, Yael Aflalo is a former boss of mine and I look up to her and was inspired by her approach. It’s not something we really saw before them, she’s a pioneer in the fashion world.