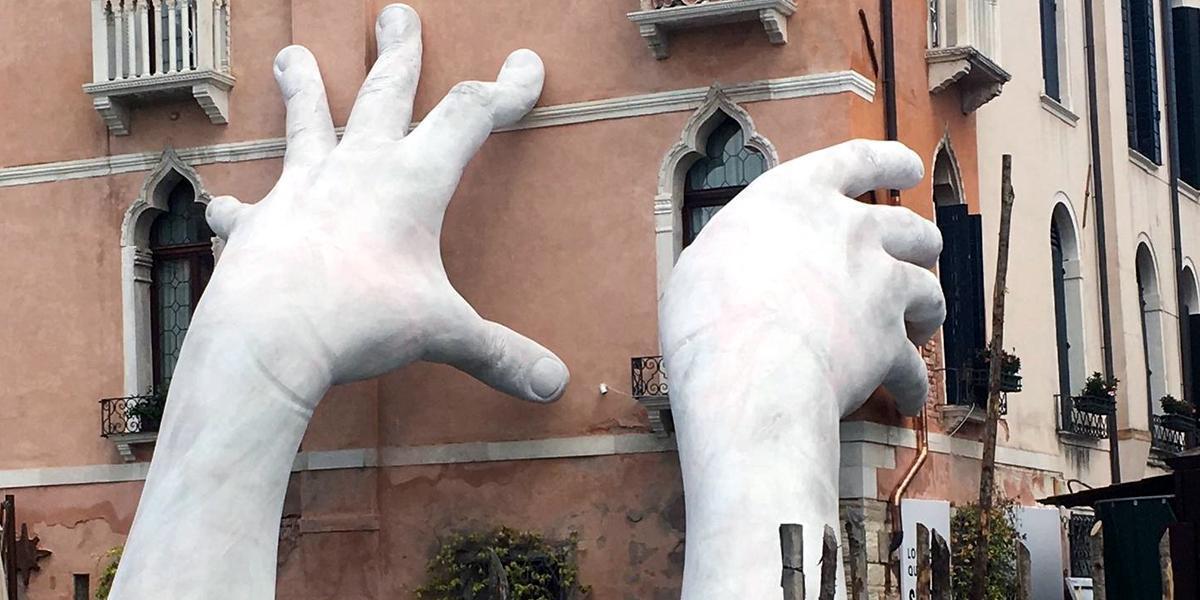 A vital message has risen up from the Grand Canal in Venice. Two, 5,000 pound hands appear to be gripping the walls of the historic Ca’ Sagredo Hotel echoing the warning of experts that say “The Floating City” could sink in as little as 100 years.

Internationally renowned Italian artist Lorenzo Quinn unveiled his new sculpture, Support, to serve as a call to “protect our planet” and “our national heritage sites.”

“Venice is a floating art city that has inspired cultures for centuries, but to continue to do so it needs the support of our generation and future ones, because it is threatened by climate change and time decay,” Quinn said.

Experts say Venice and much of Italy’s Adriatic coastline is at risk of disappearing from sea level rise. According to scientists from Italy and France, the Mediterranean will rise by up to five feet (140cm) before 2100, putting Venice and many other areas at risk.

The sculpture is in the shape of two childlike hands, modeled after his son’s hands. Quinn hopes his installation will “speak to the people in a clear, simple and direct way through the innocent hands of a child” and send a powerful message that “united we can make a stand to curb climate change.”

Quinn explained that he used hands to “symbolize tools that can both destroy the world, but also have the capacity to save it.” The hands appear to be holding up the building, which draws attention to the fragile nature of the infrastructure and the impact climate change can have on the city.

Support was unveiled on May 13 and will be on view until Nov. 26.