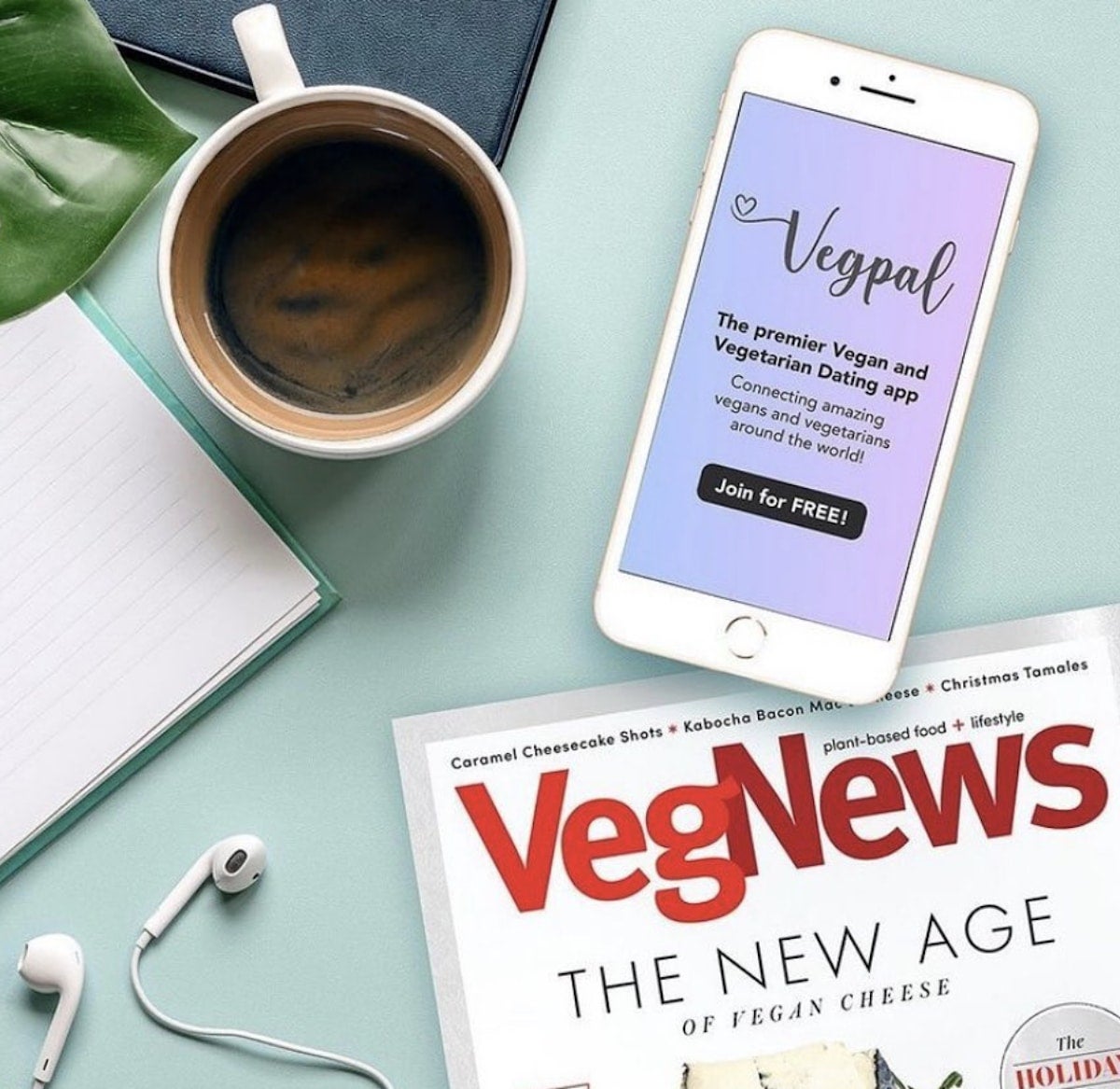 If you’re tired of long, lonely nights ordering plant-based pizza at home, a new smartphone app hopes to change that. Vegpal is a dating app aimed at “cruelty-free connections” for singles who follow vegan or vegetarian diets.

Launched in August 2021, Vegpal is picking up steam as a popular dating app for people who want to meet others with similar lifestyle preferences. The app was founded by Dahlia Eisenberg, a vegan activist and former teacher who wanted an easier way to meet other vegans.

“Being a vegan is about so much more than just the food you eat,” the Vegpal website explains. “Your plant-based lifestyle is based on a set of core values that you hold dear to your heart. When looking for a long-lasting relationship, it makes sense that you’d want to find a partner that shares those same values.”

Many dates, particularly first dates, revolve around food, whether that’s grabbing a bite to eat before a movie, going out for an upscale dinner, or hitting up a cute coffee shop. Eisenberg was finding that many of her matches on other apps would lead her to dine with people eating meat or even just filter through people with fishing or hunting pictures that didn’t align with her values.

“I was fed up swiping past pictures of fishing expeditions and sitting opposite people eating carcasses,” Eisenberg said, as reported by Plant Based News.

Vegpal allows users to connect with people globally, not just in their area. It has robust features for inclusivity as well, and users are able to choose multiple gender selections for themselves and prospective matches.

The app has daily swiping limits to encourage more engaging, well-thought interactions. “It’s not about endless scrolling and endless faces, it’s about quality conversations and connections,” the founder explained.

Vegpal makes connecting easier with an additional “My Feed” function, where users can create posts with their own messages or can share links to show things they are interested in. This allows users to make more meaningful connections, rather than just swiping based on a brief bio and a few selfies.

For safety, users will need to fill out an application after downloading the free app. This is to minimize the risk of scammers or trolls from joining Vegpal and harassing users.

Although the app can certainly function for hopeful plant-based singles to find their soulmates, Vegpal will soon launch a friendship feature for people who just want to befriend other vegans or vegetarians. This could be especially helpful for people following plant-based lifestyles in smaller communities, where there may be fewer fellow vegans or vegetarians in close proximity.