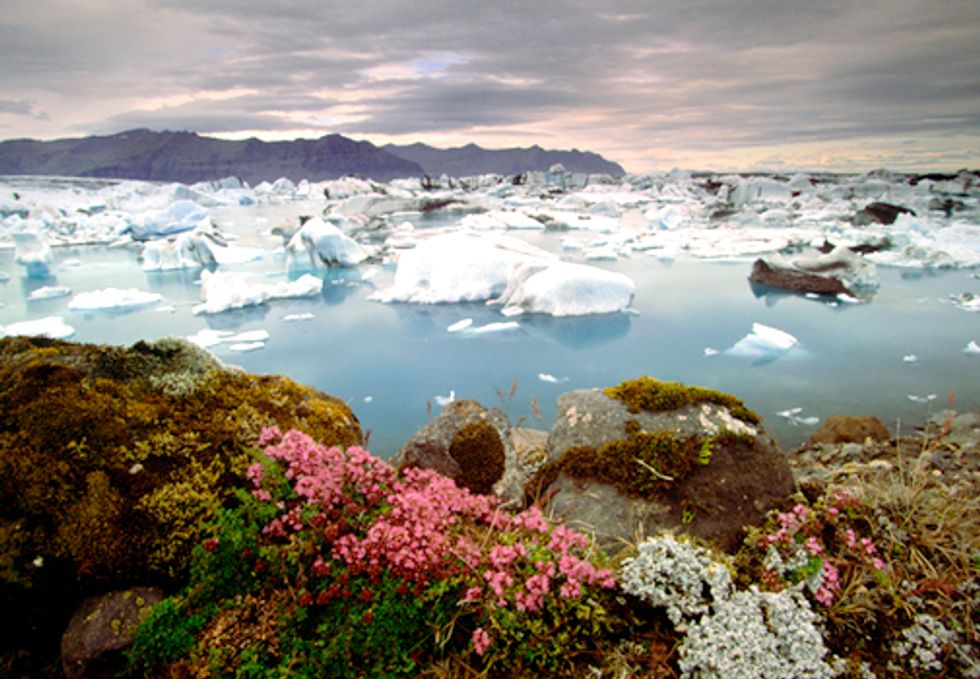 This week in Doha, Qatar, representatives from 194 countries are gathering for the 18th Conference of the Parties to the U.N. Framework Convention on Climate Change (UNFCCC COP 18). I recently talked with Rebecca Chacko, Conservation International’s (CI) senior director of climate policy, to learn more about what will be discussed, what the obstacles are—and what’s at stake if countries continue to delay action.

Icebergs in Iceland. As global temperatures continue to increase, melting ice is predicted to be a major contributor to sea level rise. (© Art Wolfe/ www.artwolfe.com)

1.  What is the overall goal of the U.N. climate meetings?

The goal of the UNFCCC is to stabilize greenhouse gas concentrations in order to avoid dangerous levels of climate change, which means limiting global temperature increase to 2 degrees Celsius at the most.

If nations in Doha don’t make the necessary commitments, this goal may soon be out of our reach. A new World Bank report warns that we are currently on track for a 4-degree increase in temperature, which would mean devastating consequences for people and ecosystems. We are talking about the most basic components of life on Earth—where we can live, the food we eat, the water we drink, our economic well-being and our ability to survive, let alone live happy, healthy lives.

Successful decisions from the U.N. climate summit offer us an alternate, more prosperous future—one in which we can not only maintain, but improve, human well-being.

2.  Superstorm Sandy has spurred a deluge of climate change media coverage in the past few weeks. Do you think more frequent extreme weather events will encourage countries to take the action necessary in Doha?

It’s sad that it takes major disasters to invoke political action. The truth is, Sandy is just the tip of the iceberg when it comes to what we face with climate change. More waits for us beneath the surface due to the changes we have already put in motion, and even more will come if we don’t make changes immediately.

But here’s the good news: We can begin to transition to sustainable, low-emissions economies. And Hurricane Sandy may be the wake up call we need. It’s much easier to react to real events on the ground than address abstract predictions of what is to come.

We are starting to see the costs of inaction. Hurricane Sandy came with a US$60 billion price tag. In the long run, reducing emissions and taking actions to adapt to likely impacts will be more cost-effective than sticking our heads in the sand.

Public officials owe it to the people they represent to participate in Doha with Superstorm Sandy and other extreme weather events at the front of their minds. CI’s role as an NGO—and the role of every citizen on this planet—is to remind our government representatives of the stakes, ensure they are informed by science and provide them with the support they need to make the tough decisions necessary.

3.  How effective was the first commitment period of the Kyoto Protocol—and what will the outcome of COP18 mean for this agreement?

The Kyoto Protocol is a historic agreement that legally binds developed (or Annex I) countries to emission reduction targets. It also created market mechanisms that allowed countries to meet their targets by trading in carbon emissions. Out of the 195 signatories to the UNFCCC, 192 have ratified the Kyoto Protocol, with the U.S. being the most notable exception.

While it is difficult to measure the impact the Kyoto Protocol has had, in 2011 the UNFCCC estimated that it reduced global emissions by about 5 percent by 2010—the equivalent of taking 300 million cars off the road for a year—and will prevent 10 percent by 2020.

4.  What issues do you expect to see the most progress on at COP 18?

The broad political issues at play in Doha will really set the tone for how we move forward on climate change. But CI will also be directly engaged in a number of the nuts and bolts issues on the table, and this is where there is an opportunity to see real progress.

A lot of CI’s focus will be on deforestation—which contributes to 16 percent of global emissions—and adaptation. We want to see details that will enable implementation at scale by reducing deforestation and helping people cope with climate change all over the world.

For example, CI is contributing to the development of guidance on how countries should do carbon accounting in the forest sector, and on planning processes for adaptation in the mid- to long-term. This may not sound as sexy as some of the climate issues more likely to be picked up in the news, but these issues are where the rubber meets the road in terms of turning policy into action and offering real benefits to people.

5.  What do you think will be the biggest obstacle to progress at this meeting?

The word you can expect to hear over and over again in Doha is “equity.” And while it’s easy to agree that equity is important, it’s pretty tough to define what it looks like.

Developed countries have a historical responsibility for climate change because of all of the gases they emitted in the process of development. They are also in a better economic position to contribute to climate solutions. But as the climate problem grows, it is clear that developed countries won’t be able to solve it on their own.

Developing countries will need to be part of the equation, whether they are growing economic powerhouses whose emissions now rival those of the U.S. or small island states whose territories are at risk of going underwater. The question in Doha will be: What responsibilities do different countries hold, and how can we implement climate solutions fairly?

Answering these questions is Doha’s true challenge. If certain countries stick to their current positions, we could see a complete block to further progress.

6.  Which countries will be especially influential at COP 18?

It’s easy to list off big countries like the U.S. and China, but one of the interesting things about the UNFCCC is that every country has a voice and an opportunity to show leadership. A lot of the true power comes from working with others.

Last year we saw the EU, the Alliance of Small Island States and the Least Developed Countries team together, and in doing so they were able to get things done. That’s the type of leadership we need now: progressive countries willing to push for more than common denominator solutions.

We can also expect to hear more from Brazil, South Africa, India and China, otherwise known as the BASIC countries. Then, of course, there is the COP President—Qatar—which has the challenging task of orchestrating agreement and pushing towards a more ambitious, successful conclusion.

7.  What are the main outcomes CI hopes to see?

For a successful Doha outcome, we need to see three developments: