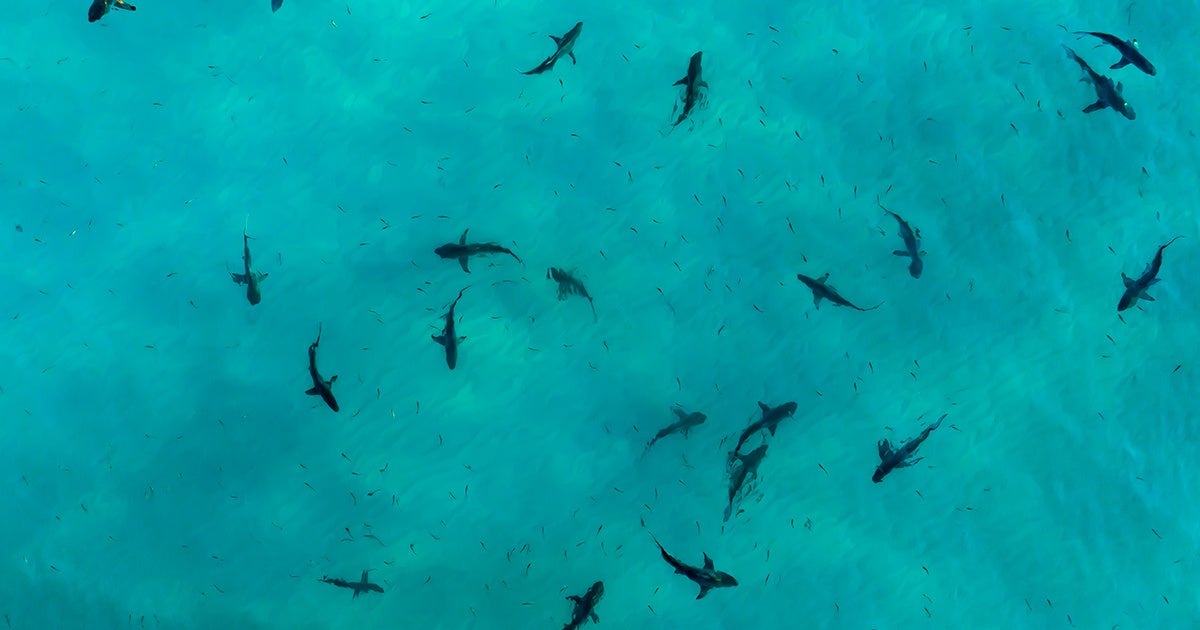 In fact, one of the injured beach goers opted to go to a bar for several drinks rather than go to the hospital.

Competitive surfer, 23-year-old Frank O’Rourke was bit on the arm around 3:30 p.m. while surfing in the water near the pier off Jacksonville Beach in the coastal resort city in northeastern Florida. O’Rourke was 20 to 30 yards away from the pier when he felt a bit on his arm, he told First Coast News.

The bite punctured the skin near his elbow, drawing blood.

“I felt something jump out of the water and latch onto my arm by my elbow. It just grabbed onto me and thrashed in the water and swam away,” he said. “I’m very lucky that I still have an arm,” he said. “You can see the jawline, like where the jawline is of the shark […] There’s still blood on my surfboard.”

O’Rourke said he has seen sharks near the pier before, but never that close and never moving aggressively.

“If it’s your time, it’s your time,” he said, as ABC reported. “If the [sharks] want you, they want you. You’re more likely to get struck by lightning than killed by a shark. I’m going to buy a lottery ticket.”

Rather than go to the hospital to seek treatment, O’Rourke had his arm bandaged and went looking for free drinks.

“He immediately went to a bar ’cause he was like, ‘I got bit by a shark,’ and people were like, ‘I’ll buy you drinks.’ So he went and hung out at the pier,” said RJ Berger, O’Rourke’s friend who witnessed the attack, to News 4 Jax. Berger guessed it was a 3- to 4-foot spinner or blacktip shark.

An hour later and 110-miles south of Jacksonville, 49-year-old William Angell was bitten on the right thigh while boogie boarding at New Smyrna Beach.

“Victim received lacerations to the right thigh from one strike. The shark was not seen,” Volusia County officials said in a release, as ABC News reported. “The victim was treated on scene and was not transported by ambulance.”

Florida has been home to 8 of the 24 verified shark attacks in the U.S. this year. The last bite took place two weeks ago in Amelia Island, Florida just 50 miles north of Jacksonville when a 16-year-old girl was bitten on the heel and ankle area of her foot, as People reported.