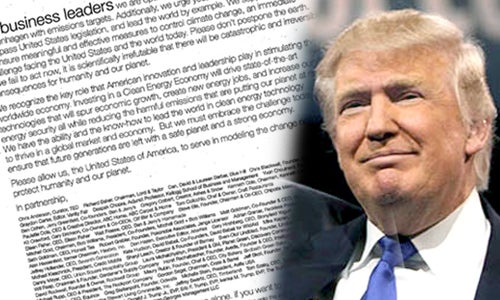 Republican Presidential nominee Donald Trump was a signatory to an open letter to President Obama and the U.S. Congress in 2009 that back urgent climate action. 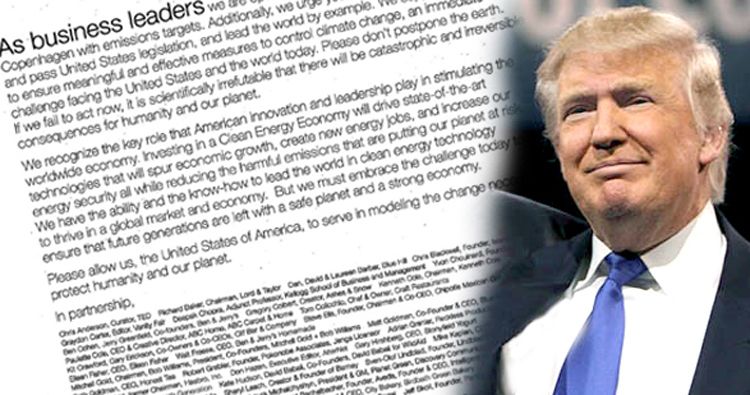 A full-page ad by U.S. business leaders and liberal personalities in the New York Times read, “If we fail to act now, it is scientifically irrefutable that there will be catastrophic and irreversible consequences for humanity and our planet.” The letter contradicts Trump’s attacks on Obama’s climate commitments and his pledge to undo the Paris climate agreement. The letter is also signed by his three adult children.