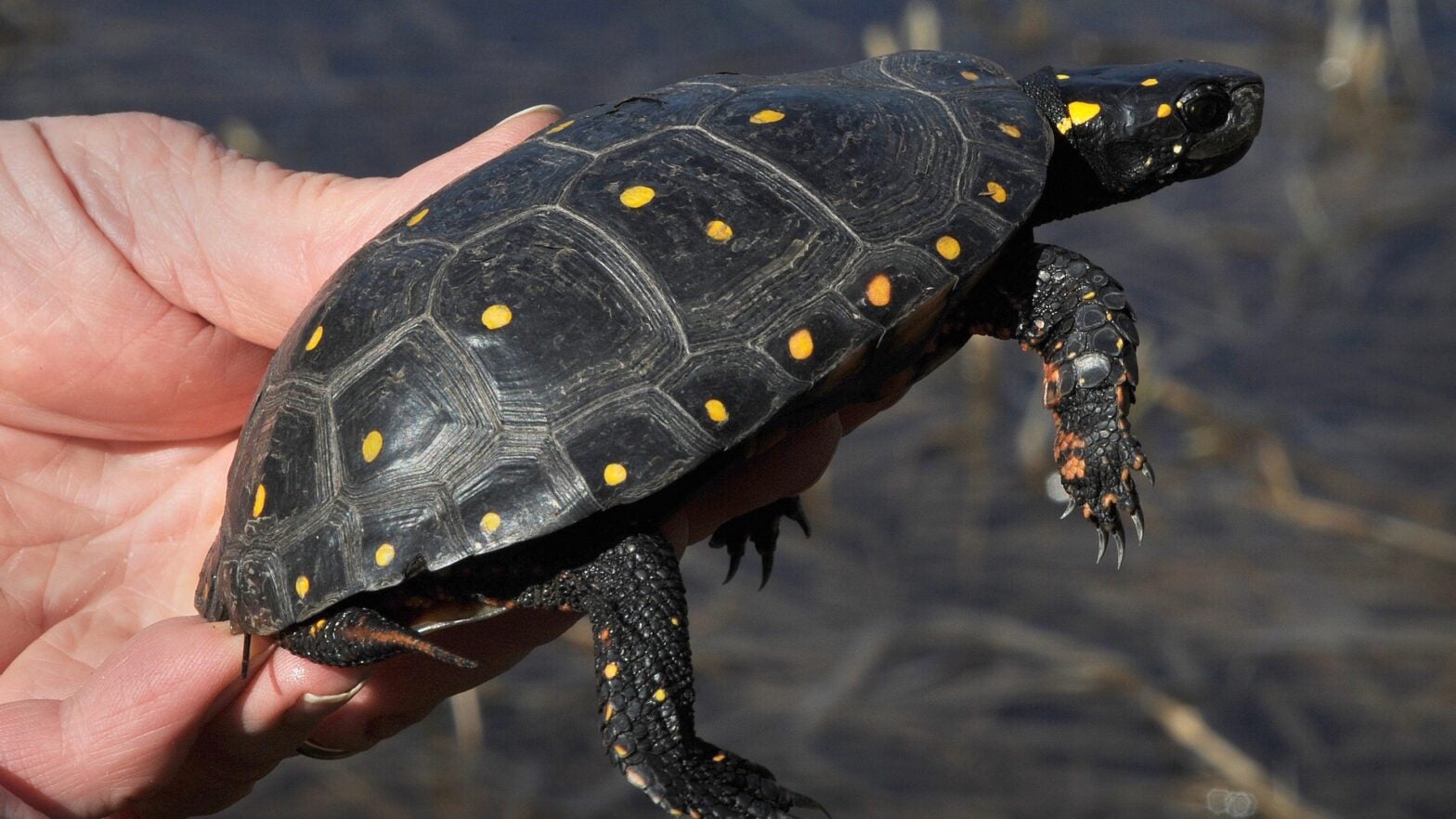 Spotted turtles (seen above) are one of the animals listed in a new lawsuit against the Trump administration which claims they have failed to protect 241 plant and animal species under the Endangered Species Act. Mark Wilson / The Boston Globe / Getty Images

The U.S. Fish and Wildlife Service and the Department of the Interior have failed to protect 241 plant and animal species under the Endangered Species Act, according to a federal lawsuit filed last week by the Center for Biological Diversity, as Bloomberg Environment reported.

Four years ago, the U.S. Fish and Wildlife Services created a framework to address the backlog of more than 500 species that were slated to receive protections, including the 241 species listed in the lawsuit. In the filing, the Center for Biological Diversity claims that the Trump Administration prevented the Fish and Wildlife Service from working its way through the list, as Newsweek reported.

One of the most pernicious things that can happen for species that need direct protection or habitat protection is for the federal government to do nothing. By systematically doing nothing, the administration has allowed 241 species to reach the brink of extinction, according to Mother Jones. Most of the species listed in the lawsuit have been awaiting protections for a decade or longer.

Among the species listed in the suit are spotted turtles in the Great Lakes and on the Eastern seaboard, moose in the Midwest, a western bumblebee that has declined by 84 percent, and a tiny freshwater fish in Chesapeake Bay that flips stones with its nose to find food, according to a statement from the Center for Biological Diversity. The Center also created an interactive map of the U.S. that details which species are living in each state.

“As moose and golden-winged warblers and hundreds of other species fight the rising tide of the extinction crisis, Trump officials won’t lift a finger to help,” Noah Greenwald, the Center for Biological Diversity’s endangered species director said. “This administration’s ugly contempt for wildlife and the Endangered Species Act threatens our country’s entire web of life. Every day of delay brings these incredible, irreplaceable plants and animals one step closer to extinction.”

“The extinction crisis gets worse by the day, but Trump officials are twiddling their thumbs as plants and animals fade away,” Greenwald said in a statement. “It’s a moral failure of epic proportions. And it’s hurting future generations in ways that can never be undone.”

Greenwald identified several sources of the backlog to Mother Jones. He said, “There are these various political appointees in different positions [there] who have a very long record of opposition to the protection of endangered species, and I think they just end up hanging up decisions by asking questions: ‘Well, are we sure about the range of the species?’; ‘Are we sure this threat is really impacting them?'”

The lawsuit simply asks that the courts require the Fish and Wildlife Service to end the backlog for 231 species, finalize a determination for six in limbo, and finalize critical habitat protections for four other species.