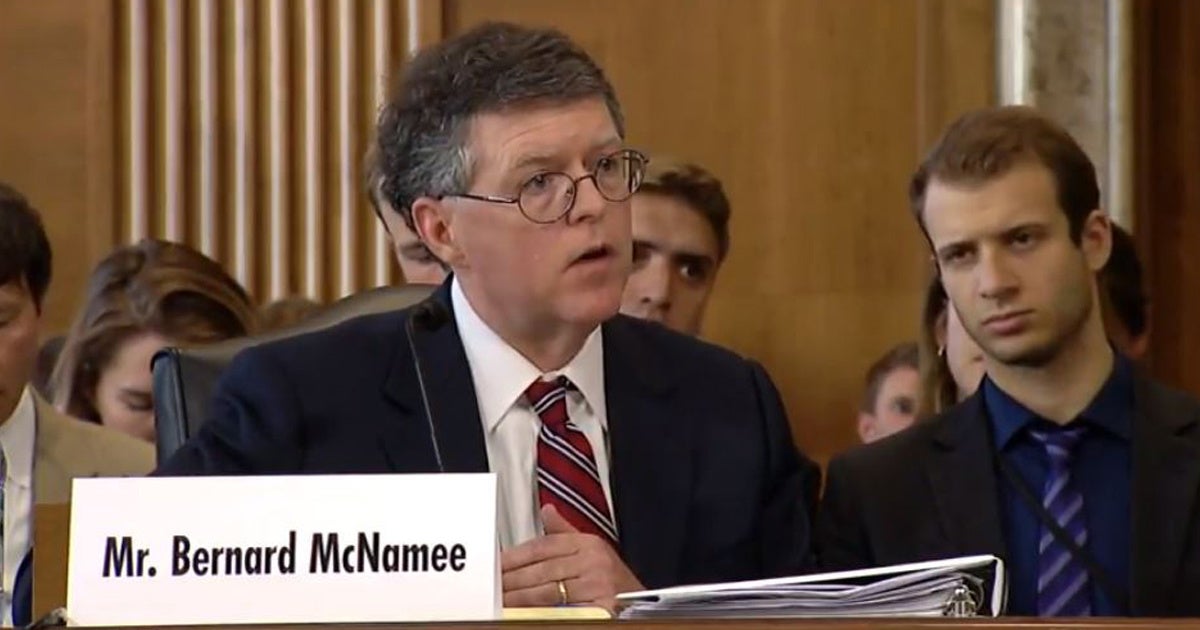 Trump presumably picked McNamee to put the administration’s pro-fossil-fuel spin on a number of key decisions FERC will make in the coming months, especially one that would bail out uneconomic coal plants. If that happens, Americans will be saddled with higher electric bills, more toxic air pollution and more heat-trapping emissions that cause climate change. The commission also will be considering rules that would encourage energy storage, rooftop solar installations and remotely located renewable sources.

McNamee would replace Robert Powelson, a former utility executive and Pennsylvania utility regulator who left the commission in August after less than a year. One of the three Republicans on the commission, Powelson maintains that FERC should be insulated from political pressure. “I don’t make any decision based on the fact that I’m a lifelong Republican,” he told Energywire. “I have a mean independent streak in me.”

McNamee, who has no utility sector experience, is all about partisan politics. He worked for Republican attorneys general in Virginia and Texas and advised Republican Sens. George Allen and Ted Cruz before joining the Department of Energy (DOE) in May 2017 as deputy general counsel for energy policy.

While at TPPF, McNamee penned a paean to his favorite energy source for The Hill, a political trade publication, titled “This Earth Day, let’s accept the critical role that fossil fuel plays in energy needs.” “We have been told that fossil fuels are wrecking the environment and our health,” his April 17 column read. “The facts are that life expectancy, population and economic growth all began to increase dramatically when fossil fuels were harnessed….” Renewable energy sources, he added, cannot replace fossil fuels, but not to worry, “America is blessed with an abundant supply of affordable natural gas, oil and coal.”

McNamee rejoined DOE in June as the executive director of the agency’s policy office. Before and after his brief stint at TPPF, he promoted Energy Secretary Rick Perry’s proposal to require regional transmission operators to buy electricity from power plants that can store a 90-day fuel supply on site, ostensibly to strengthen electricity-grid resiliency. The plan, which would prop up coal and nuclear plants that have been struggling to compete on the open market with cheaper natural gas and renewables, would cost ratepayers an estimated $17 billion to $35 billion annually.

At Trump’s behest, Perry asked FERC in September 2017 to issue grid resiliency rules to protect failing coal and nuclear plants. FERC rejected the request, concluding that DOE did not provide any evidence that coal and nuclear plant retirements would undermine grid reliability. An analysis by Mid-Atlantic grid operator PJM of the impact of closing at-risk plants in its region also found no threat to the grid.

Besides trying to reverse FERC’s coal- and nuclear-power bailout decision, McNamee could do lasting damage in other ways. For example, the commission is currently not required to consider the impact of climate change when making electricity policy decisions, but the two Democratic commissioners think the “social cost of carbon”—the financial damage caused by carbon pollution—should be incorporated in environmental reviews for gas pipelines and other fossil fuel infrastructure. Likewise, the commission will be deliberating over whether it should eliminate barriers to electric energy storage, make it easier for solar panel owners to sell their excess power back to electric utilities, and recommend federal incentives for more transmission-line construction, which would enable remotely sited wind and solar projects to compete with natural gas. Given McNamee’s biases, it is unlikely he would support any of those initiatives.

This week’s confirmation hearing, hosted by the Senate Committee on Energy and Natural Resources, will be chaired by Sen. Lisa Murkowski, who is no stranger to the FERC confirmation drill and quite knowledgeable about the commission’s mandate. In her opening statement during a FERC commissioner confirmation hearing in 2013, Murkowski made a case for rejecting an Obama nominee that could be easily applied to McNamee.

“FERC is independent by law and by design. It is clearly distinct from executive agencies that carry out policy directives from the White House…,” she explained. “It is critically important for us to enable the agency—and its professional nonpartisan employees who report to the chairman as their CEO—to maintain its strong culture as an expert agency free of undue political influence.”

Murkowski should hew to that line on Thursday—and the Senate should reject the McNamee nomination.